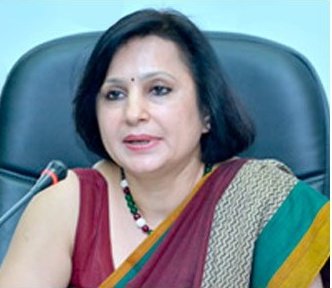 Indian Foreign Service officer of 1992 batch Dr. Neena Malhotra, who is presently working as an Additional Secretary in the Ministry of External Affairs, has been appointed as the next Ambassador of India to the Republic of Italy.

Earlier in 2015, she worked as an Additional Secretary (Eastern and Southern Africa) and later headed the Indo- Pacific division as well. Before this, she worked for the Indian consulate in the US and had served several senior positions in the ministry over the years.

In January 2015 she was given the responsibility of promoting Hindi. She was made the head of the Hindi language promotion division of the Ministry of External Affairs. She was thus made the Joint Secretary (Hindi).