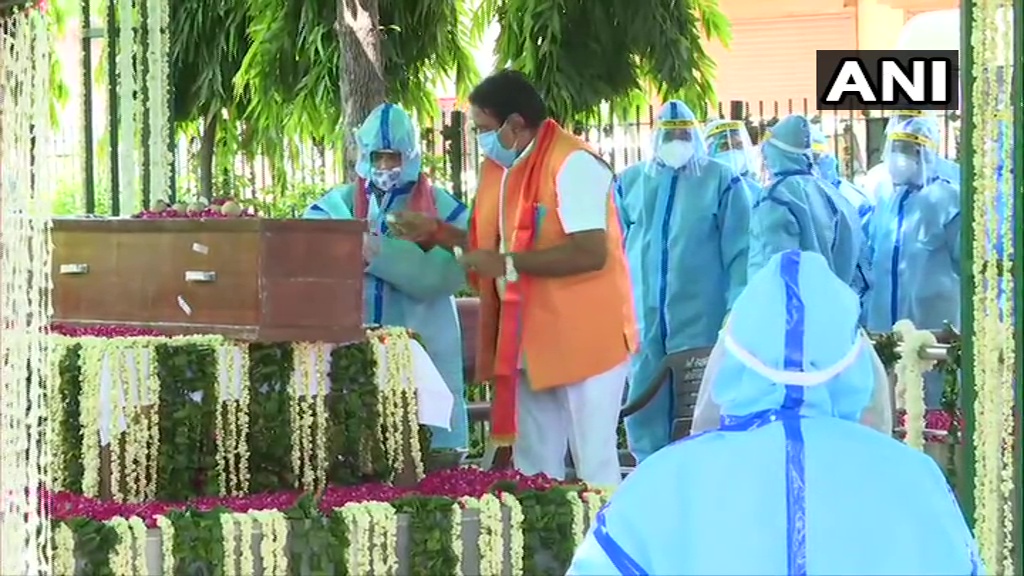 Mukherjee’s mortal remains were brought to his residence, 10, Rajaji Marg, earlier today from the army hospital where he breathed his last on Monday.

The union government had on Monday announced a seven-day state mourning as a mark of respect for the former president.

Mukherjee, one of India’s most respected politicians, died following a 21-day battle with multiple ailments. He was 84.