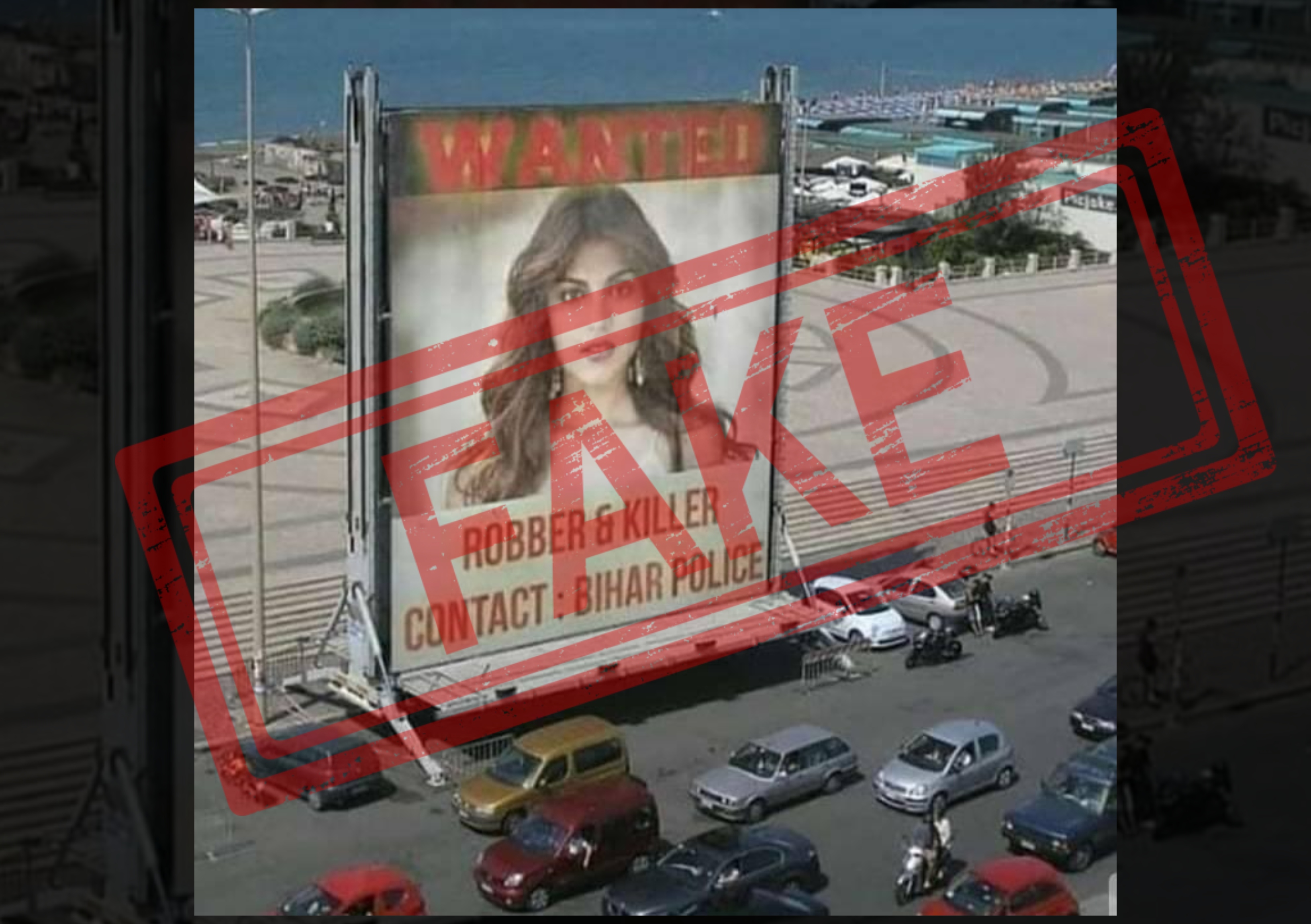 A picture of a billboard with an image of Rhea Chakraborty captioned ‘WANTED’ is doing rounds on social media. 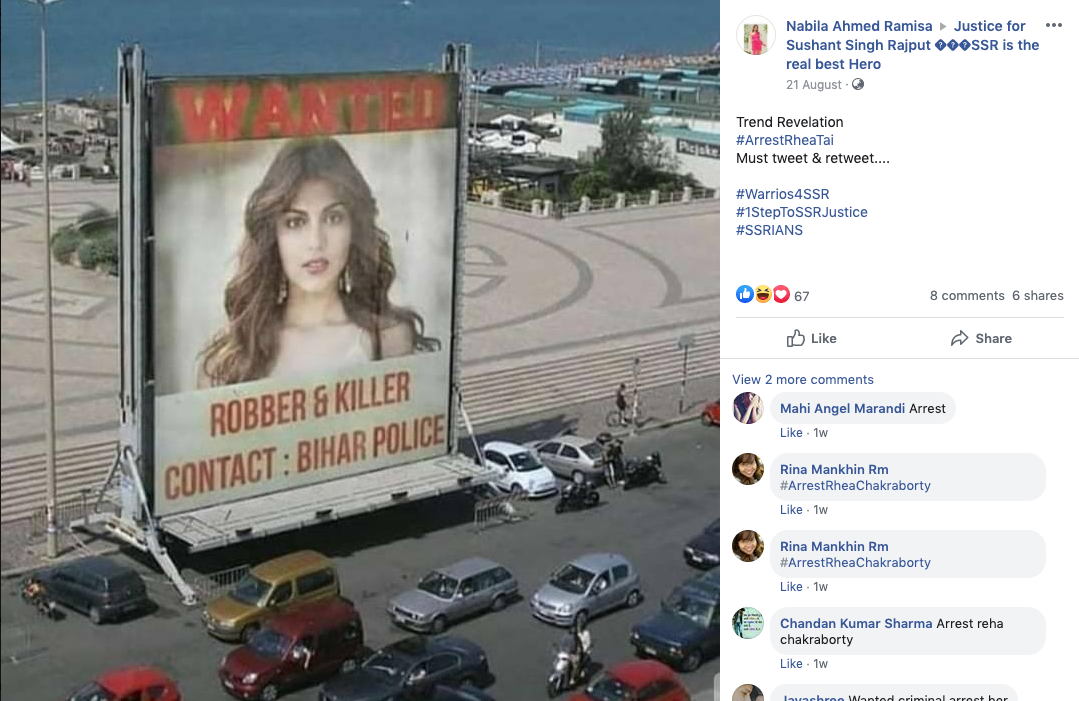 The picture is being shared in the backdrop of ongoing CBI investigation in actor Sushant Singh Rajput’s death case where Rhea is being probed as the prime accused.

On putting the picture through Reverse Image Search, we found several similar pictures with different content on the billboard while the position of the cars and other elements were exactly the same.

Taking our investigation further, we managed to find the original picture on a Russian website 999.md which had Russian text written on it. 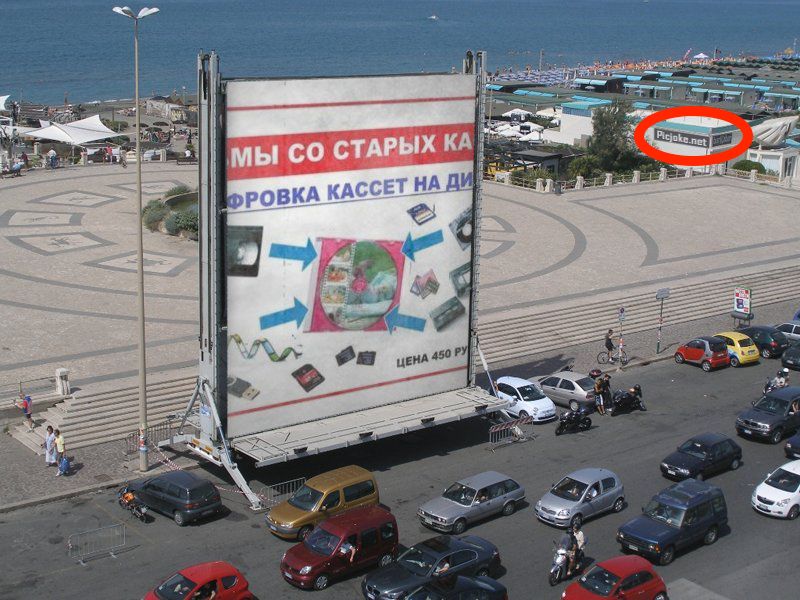 On closely observing the picture, on the far top right we noticed ‘picjoke.net’ written.

We visited the website picjoke.net and found that users can create different forms of images using this online platform. On digging through the website we found the template to the above billboard where a user can generate whatever they want to in a few simple clicks.

Hence, we can conclude that the post in circulation is FAKE and the picture in question was digitally created.