The text on the placard reads: “Guys Justice for Rhea is trending now. Plz if u SSR Fans Write this trend #CBIArrestRheaNow up to 30 times each. We need to do fast.” 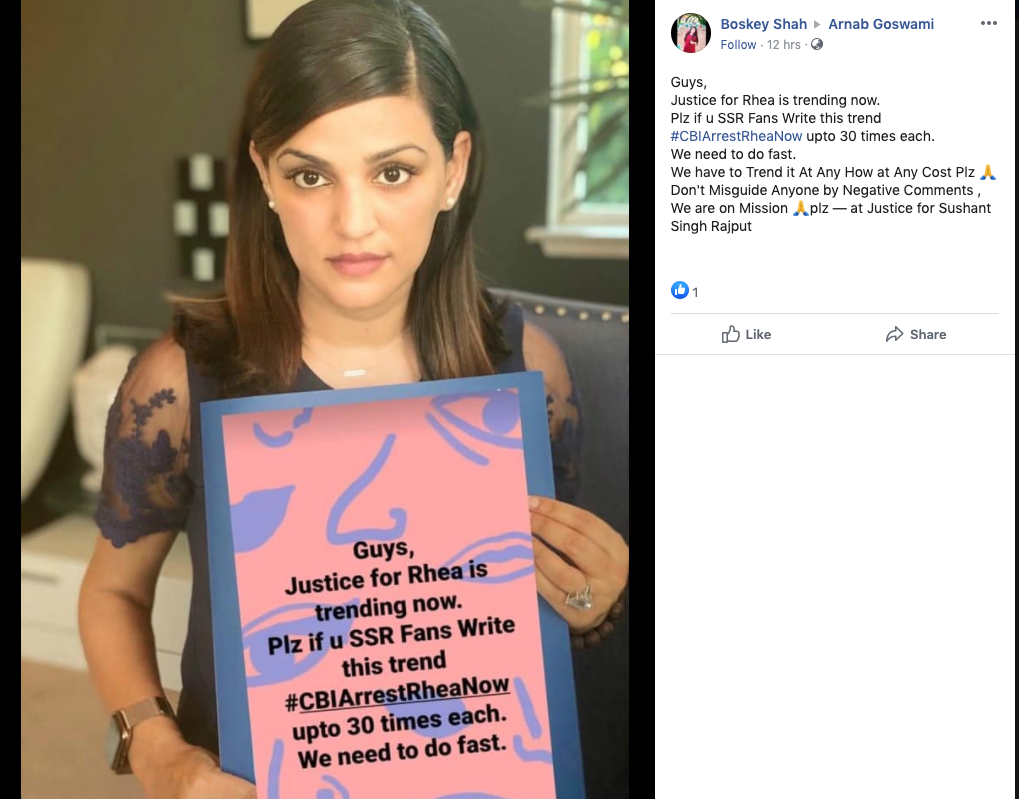 On closely observing the picture, we noticed that Shweta Singh Kirti’s fingers were oddly covered by the card which raised the first red flag. 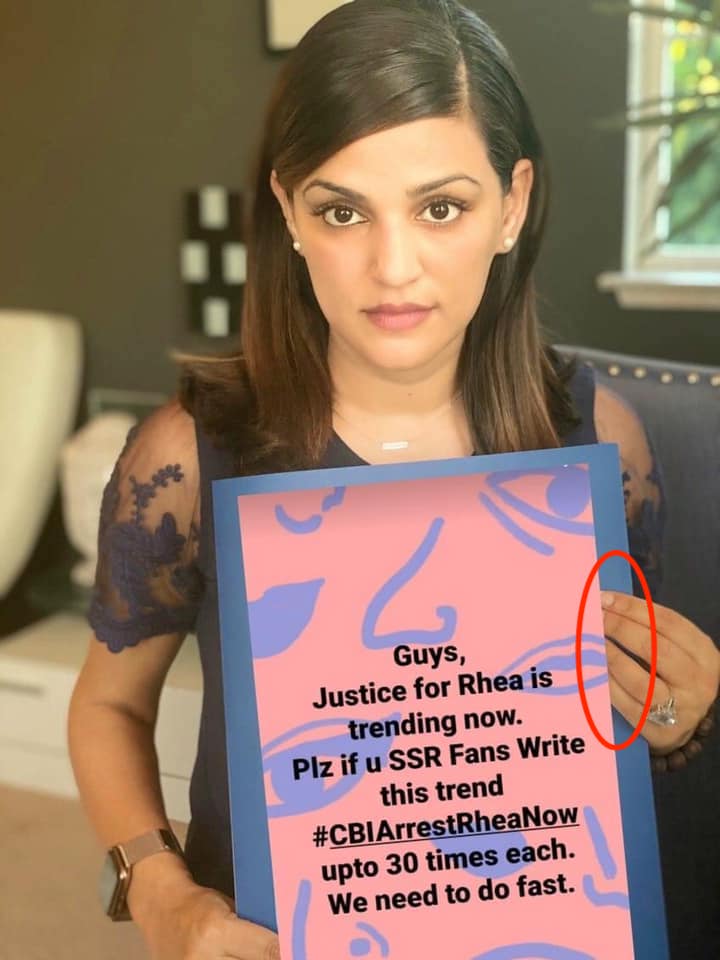 On putting the picture through Reverse Image Search we found the original picture which was posted by Shweta Singh Kirti herself on her verified Instagram handle on August 15, 2020.

‪On the occasion of Indian Independence Day California recognizes my brother’s (Sushant) overall contribution to society. California is with us…. are you? Thanks for your support California. #GlobalPrayersForSSR #Warriors4SSR #CBIForSSR #Godiswithus ‬

In the original picture, she is holding a certificate that honours Sushant Singh Rajput with a special recognition, that was given by the California State Assembly for his “contribution to Bollywood cinema with special appreciation for all of his philanthropic community work as well as his efforts to promote India’s rich culture and heritage.”

Shweta in the caption wrote: “On the occasion of Indian Independence Day California recognizes my brother’s (Sushant) overall contribution to society. California is with us…. are you? Thanks for your support California” 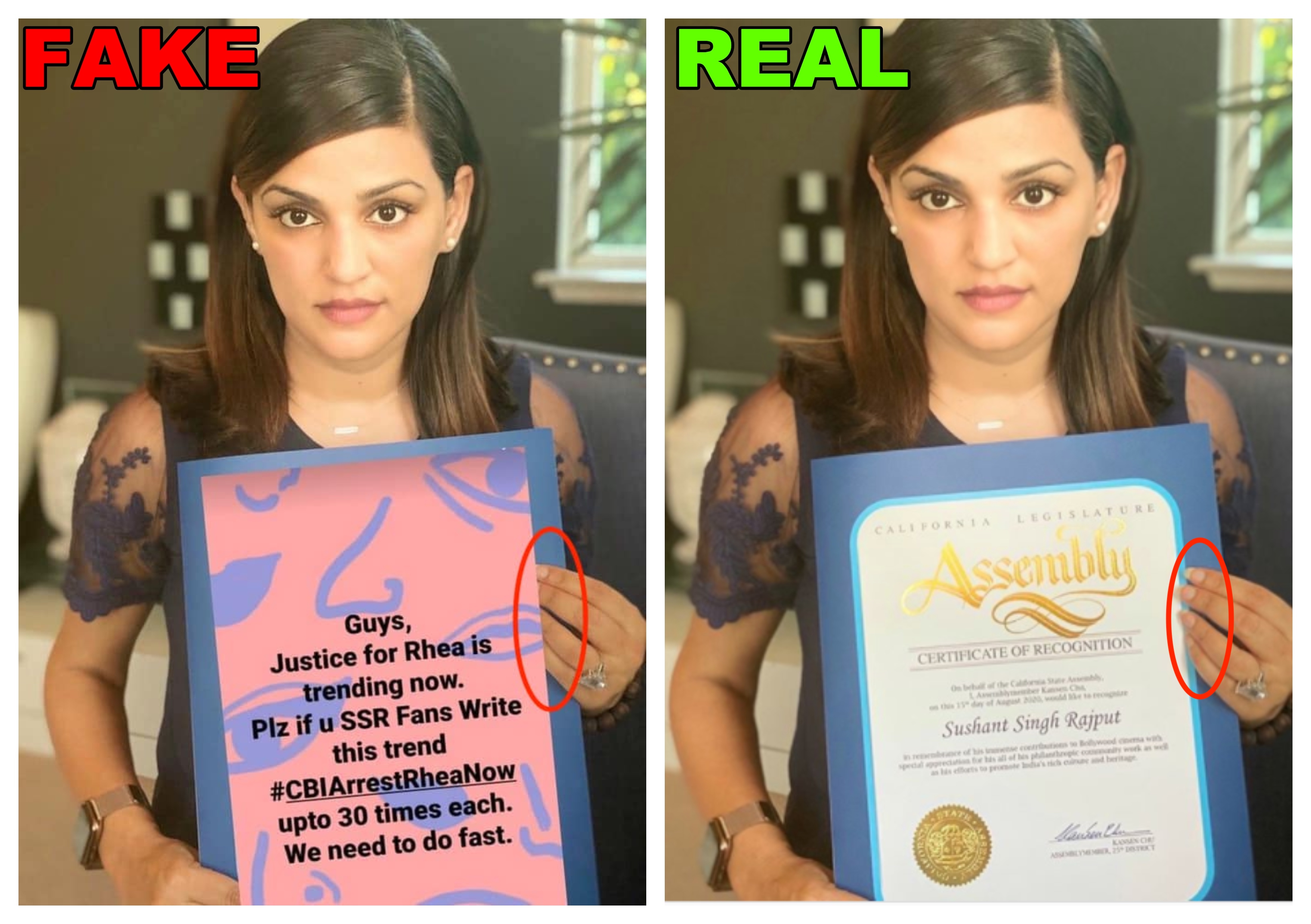 In the above FAKE vs REAL collage, it is clear that the original picture was manipulated using photo editing software.

In conclusion, the above fact-check proves that the picture in question is morphed.