A picture of Union Home Minister, Amit Shah, has surfaced on the internet in which he can be seen sitting in a bus wearing a skull cap.

On putting the picture through Reverse Image Search, we found the original picture in a report by India TV dated March 31, 2020. 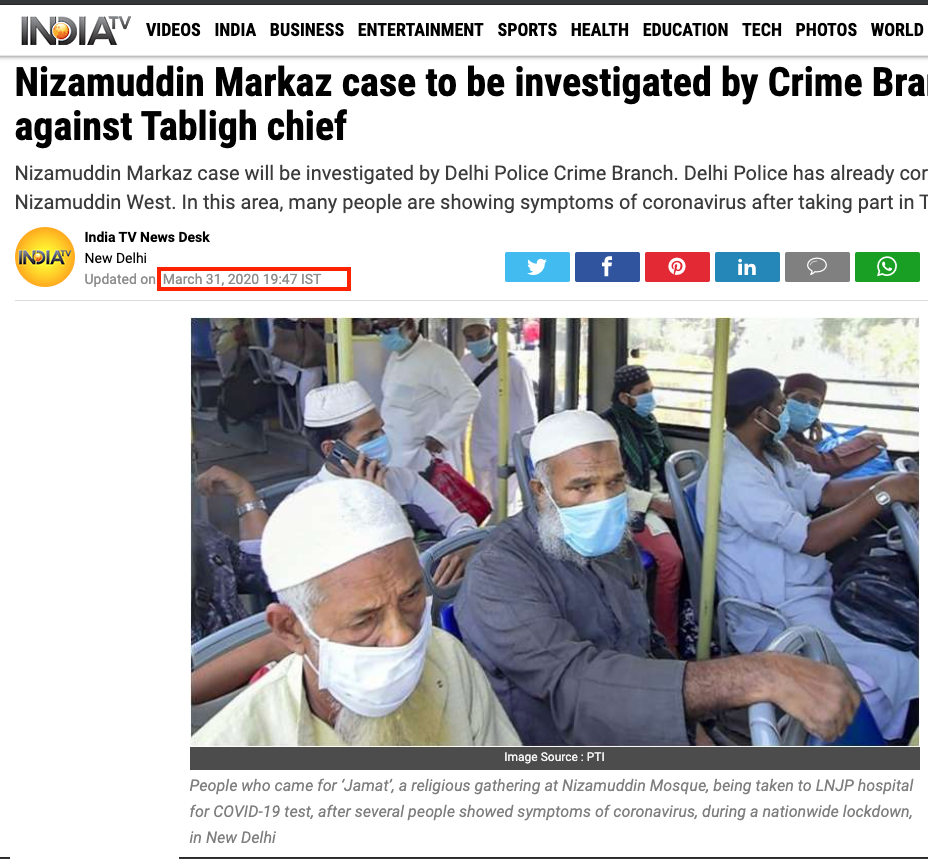 The caption of the picture attributed to PTI, suggest that it features people who were taken to LNJP hospital for COVID-19 test after several people showed symptoms of coronavirus after attending the ‘Jamat’, a religious gathering at Nizamuddin Mosque.

The caption read: “People who came for ‘Jamat’, a religious gathering at Nizamuddin Mosque, being taken to LNJP hospital for COVID-19 test, after several people showed symptoms of coronavirus, during a nationwide lockdown, in New Delhi”

In the above FAKE vs REAL collage, it is clear that Amit Shah’s face was superimposed on the original picture using photo editing software to create a false narrative.

In conclusion, the above information proves that the picture in question is morphed.