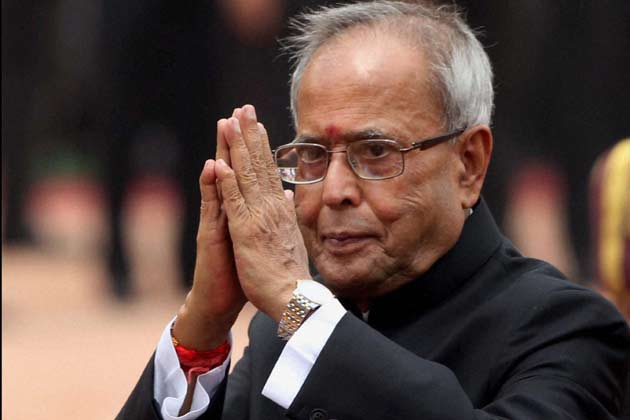 Former President Pranab Mukherjee lost his battle with life at Delhi’s passed away on Monday evening at Delhi’s Army’s Research and Referral Hospital where he was admitted on August 10. He was 84.

His son Abhijit Mukherjee took to Twitter to break the heartbreaking news of his demise.

With a Heavy Heart , this is to inform you that my father Shri #PranabMukherjee has just passed away inspite of the best efforts of Doctors of RR Hospital & prayers ,duas & prarthanas from people throughout India !
I thank all of You 🙏

Rich tributes have been pouring in from across the country from politicians cutting across party lines to celebrities and sportspersons alike.

“Sad to hear that former President Shri Pranab Mukherjee is no more. His demise is passing of an era. A colossus in public life, he served Mother India with the spirit of a sage. The nation mourns losing one of its worthiest sons. Condolences to his family, friends and all citizens,” President Kovind tweeted.

As the First Citizen, he continued to connect with everyone, bringing Rashtrapati Bhavan closer to the people. He opened its gates for public visit. His decision to discontinue the use of the honorific ‘His Excellency’ was historic.

President Kovind recounted Pranab Mukhrjee’s 5-decade long illustrious journey in his public life and said he remained rooted to the ground irrespective of the exalted offices he held.

“Endowed with perspicacity and wisdom, Bharat Ratna Shri Mukherjee combined tradition and modernity. In his 5 decade long illustrious public life, he remained rooted to the ground irrespective of the exalted offices he held. He endeared himself to people across political spectrum,” he said.

“As the First Citizen, he continued to connect with everyone, bringing Rashtrapati Bhavan closer to the people. He opened its gates for public visit. His decision to discontinue the use of the honorific ‘His Excellency’ was historic,” he said in a subsequent tweet.

Prime Minister Narendra Modi put out a heartfelt tribute and recounted his close association with the former President.

I was new to Delhi in 2014. From Day 1, I was blessed to have the guidance, support and blessings of Shri Pranab Mukherjee. I will always cherish my interactions with him. Condolences to his family, friends, admirers and supporters across India. Om Shanti. pic.twitter.com/cz9eqd4sDZ

“As India’s President, Shri Pranab Mukherjee made Rashtrapati Bhavan even more accessible to common citizens. He made the President’s house a centre of learning, innovation, culture, science and literature. His wise counsel on key policy matters will never be forgotten by me. During his political career that spanned decades, Shri Pranab Mukherjee made long-lasting contributions in key economic and strategic ministries. He was an outstanding Parliamentarian, always well-prepared, extremely articulate as well as witty,” PM tweeted.

Saurabh Shukla also shared his thoughts on Republic TV after the demise of Pranab Mukherjee.

Describing him as a “father figure”, West Bengal Chief Minister Mamata Banerjee said, “So many memories.A visit to Delhi without Pranabda is unimaginable. He is a legend in all subjects from politics to economics. Will be forever grateful. Shall miss him immensely.”

So many memories.A visit to Delhi without Pranabda is unimaginable. He is a legend in all subjects from politics to economics. Will be forever grateful. Shall miss him immensely. My condolences to Abhijit & Sharmistha (2/2)

Pranab Da’s life will always be cherished for his impeccable service and indelible contribution to our motherland. His demise has left a huge void in Indian polity. My sincerest condolences are with his family and followers on this irreparable loss. Om Shanti Shanti Shanti

Congress also offered its condolence and said that Pranab Mukherjee will always be remembered for his integrity and compassion.

We are deeply pained by the passing of Shri Pranab Mukherjee.

Former President of India & one of the tallest leaders of the Congress Party, Shri Pranab Mukherjee will always be remembered for his integrity & compassion.

Our prayers are with his family, followers & the nation. pic.twitter.com/E7xsnb7xqM

Tributes poured in from the sports fraternity as well with Virat Kohli, Sachin Tendulkar, and Virender Sehwag offering rich tributes.

The nation has lost a brilliant leader. Saddened to hear about the passing of Shri Pranab Mukherjee. My sincere condolences to his family. 🙏🏼

My heartfelt condolences on the passing away of Shri #PranabMukherjee . Om Shanti pic.twitter.com/Q2noCKVFnq

Deeply saddened to hear about the demise of former President Shri Pranab Mukherjee. He served India passionately for several decades.

My condolences to his family & loved ones. May his soul rest in peace. pic.twitter.com/c7tXTSFwYw

Such a terrible news, he will be etched in our memories as one of the finest leaders and an absolute gentleman #PranabMukherjee pic.twitter.com/135nPlYGsa

Deeply saddened to hear Pranab da Mukherjee passed away. Our former President, a Bharat Ratna and a thorough gentleman. We shared a very warm and cordial relationship. Heartfelt condolences to the family.

A statesman. An exceptional scholar. A visionary. The legacy that Bharat Ratna Shri. Pranab Mukherjee leaves behind is forever going to inspire the leaders of tomorrow. My condolences to the family and millions of fellow Indians in this hour of grief.