Sharing the trailer of his upcoming feature with British adventurer Bear Grylls in Discovery channel’s ‘Into The Wild With Bear Grylls,’ actor Akshay Kumar on Monday remembered shooting of the episode.

The ‘Sooryavanshi’ actor took to Twitter to share the action-packed trailer of the upcoming episode of the show and shared how Grylls surprised him with a unique tea.

I visualized stiff challenges prior to #IntoTheWildWithBearGrylls but @bearGrylls completely surprised me with the elephant poop tea 💩 What a day 🐊😂 @DiscoveryIn @DiscoveryPlusIn pic.twitter.com/m6YfQXmCcM

“I visualized stiff challenges prior to #IntoTheWildWithBearGrylls but @bearGrylls completely surprised me with the elephant poop tea. What a day @DiscoveryIn @DiscoveryPlusIn,” he tweeted.

Shot at Bandipur Tiger Reserve, ‘Into The Wild with Bear Grylls and Akshay Kumar’, will follow all military-style drills, with former British military personnel Bear Grylls taking charge along with fit and agile Akshay Kumar, son of a military officer, and somebody who has donned multiple hats, including that of an actor, producer, martial artist and philanthropist.

Talking about shooting with Bear Grylls for the show, Bollywood’s ‘Khiladi’ termed the experience as a “humbling” one.

“I have always admired Bear Grylls for his energy, passion and what he has stood for all these years. It was a humbling experience being with him in the wild as he went about unfolding one challenge after another. It is different out there, as compared to movie sets, as there is no back-up – that sense of realism is very overpowering,” said Akshay Kumar. 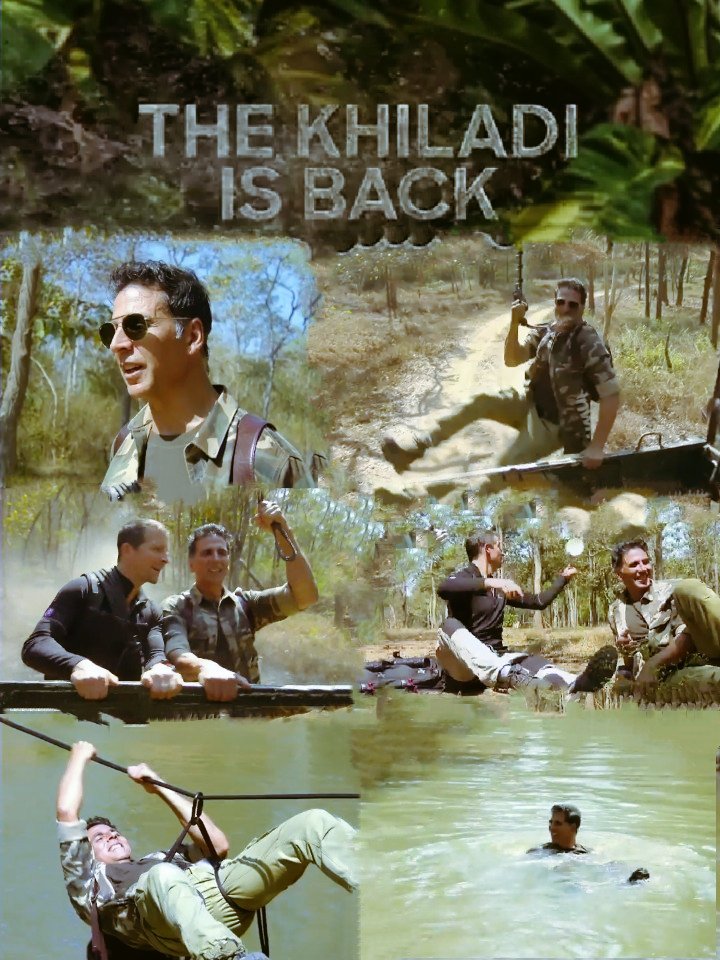 The episode will also raise awareness about a cause close to Akshay Kumar’s heart — ‘Bharat Ke Veer’, which is a fund-raising initiative by the Ministry of Home Affairs, Government of India.

“What I found interesting about the show is how nicely purpose is incorporated in an entertaining, survival and adventure led show. With regards to Bharat Ke Veer, it is a project, which remains close to my heart and I will continue to use all opportunities to help promote it with an aim to ensure that more and more countrymen become a part of it,” he added.
Grylls on the other hand, lauded the Bollywood superstar’s “humility” and his easy approach.

“I did my homework prior to meeting Akshay, and knew he is a superstar, but what struck me the most during our time together, was his humility, his easy approach – he is, at heart, still that guy next door. Lots of commonalities between the two of us – including passion towards fitness, dedication to family et al, I really enjoyed being with him,” said Grylls.

“Akshay’s eyes lit-up with the mention of a new challenge and believe me, not many celebrities, across the world, have reacted so warmly to some harsh tasks that I can conjure,” added Grylls.

The buzz around Akshay Kumar’s episode is immense as the show featuring PM Modi generated historic high ratings for the infotainment genre whereas ‘Into The Wild with Rajinikanth’ is the second-highest-rated show ever in the genre.