Home NM FACT CHECKER Fact Check: Pictures of potholes in West Bengal shared as being from... 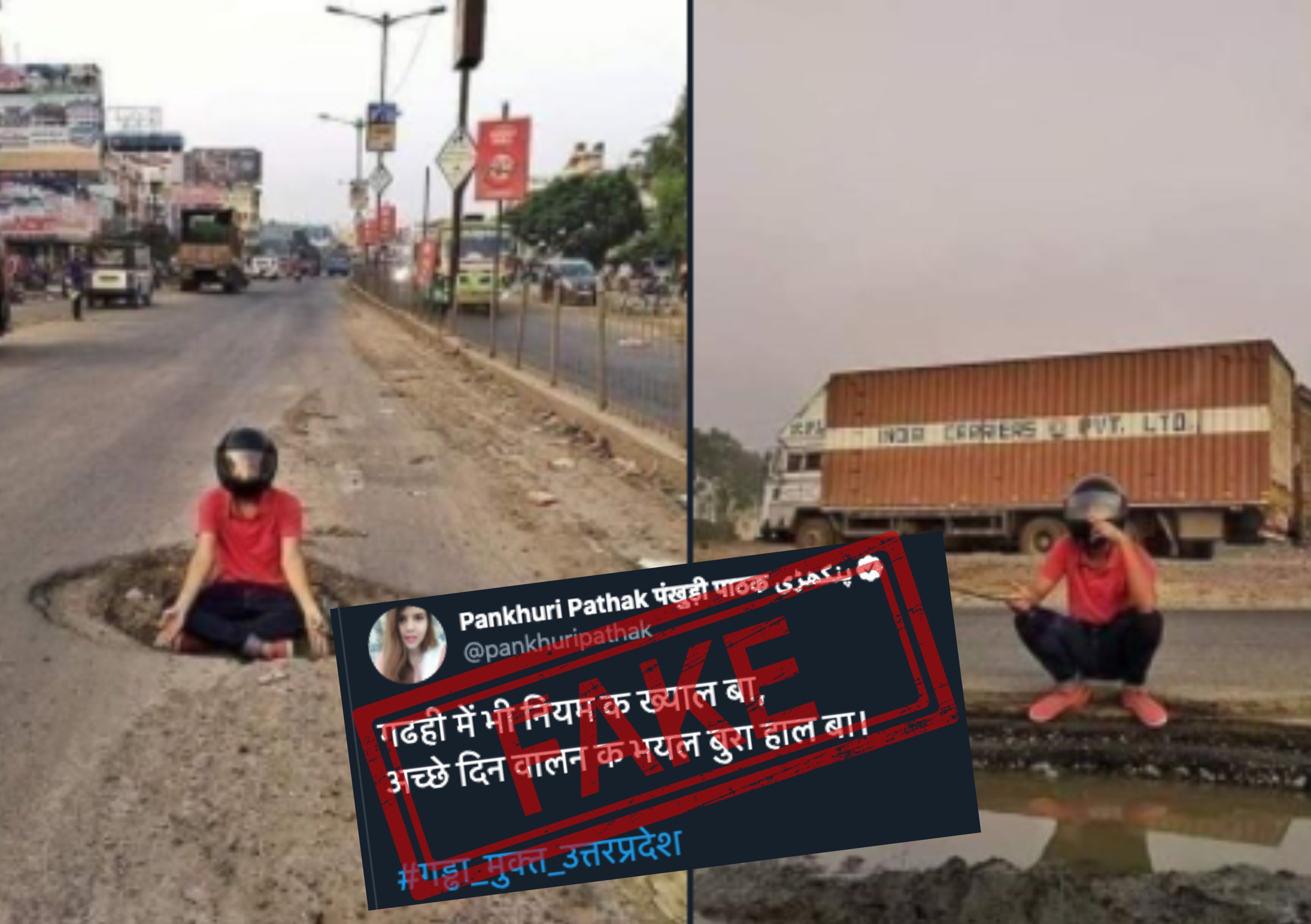 Images showing a man and motorist posing in and around numerous potholes to raise awareness for an Anti-Pothole campaign are being shared on Facebook and Twitter as being from Uttar Pradesh and Bihar. The claim was first made by Pankhuri Pathak, the Media Panelist for the INC. Her tweet was retweeted 442 times and got 2.6k+ likes. 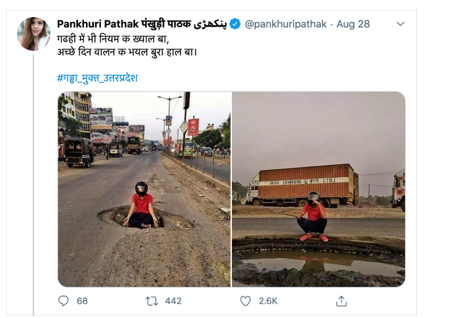 We found that these images were actually clicked and posted in Malda, West Bengal, and have no ties with UP or Bihar. We reverse searched the image on Google and found that they were featured in ‘Bartaman’, a local Bengali newspaper article dated October 19, 2019. 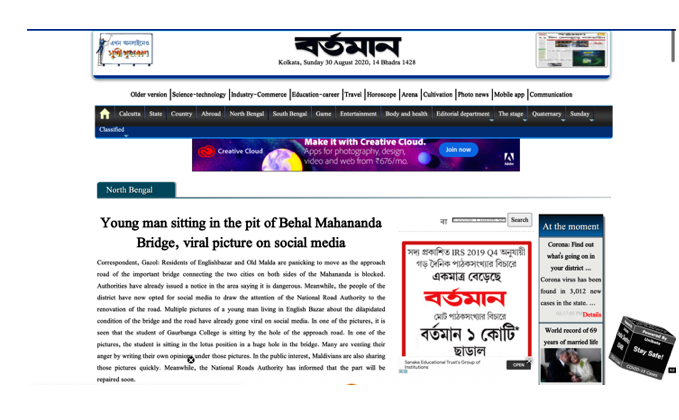 We later found another article by Dhaka18 which mentioned the student’s name, Sangeet Roy, claiming that his pictures had gone viral. Hence, we tracked Sangeet’s Facebook profile and confirmed that he is a resident of Malda and the exact posting date of these images, i.e October 2019.

Hence it can be concluded that these claims are false and the original images belong to West Bengal.