A video has surfaced on the internet in which actor Rhea Chakraborty and filmmaker Mahesh Bhatt can be seen together while Rhea is speaking to a reporter. 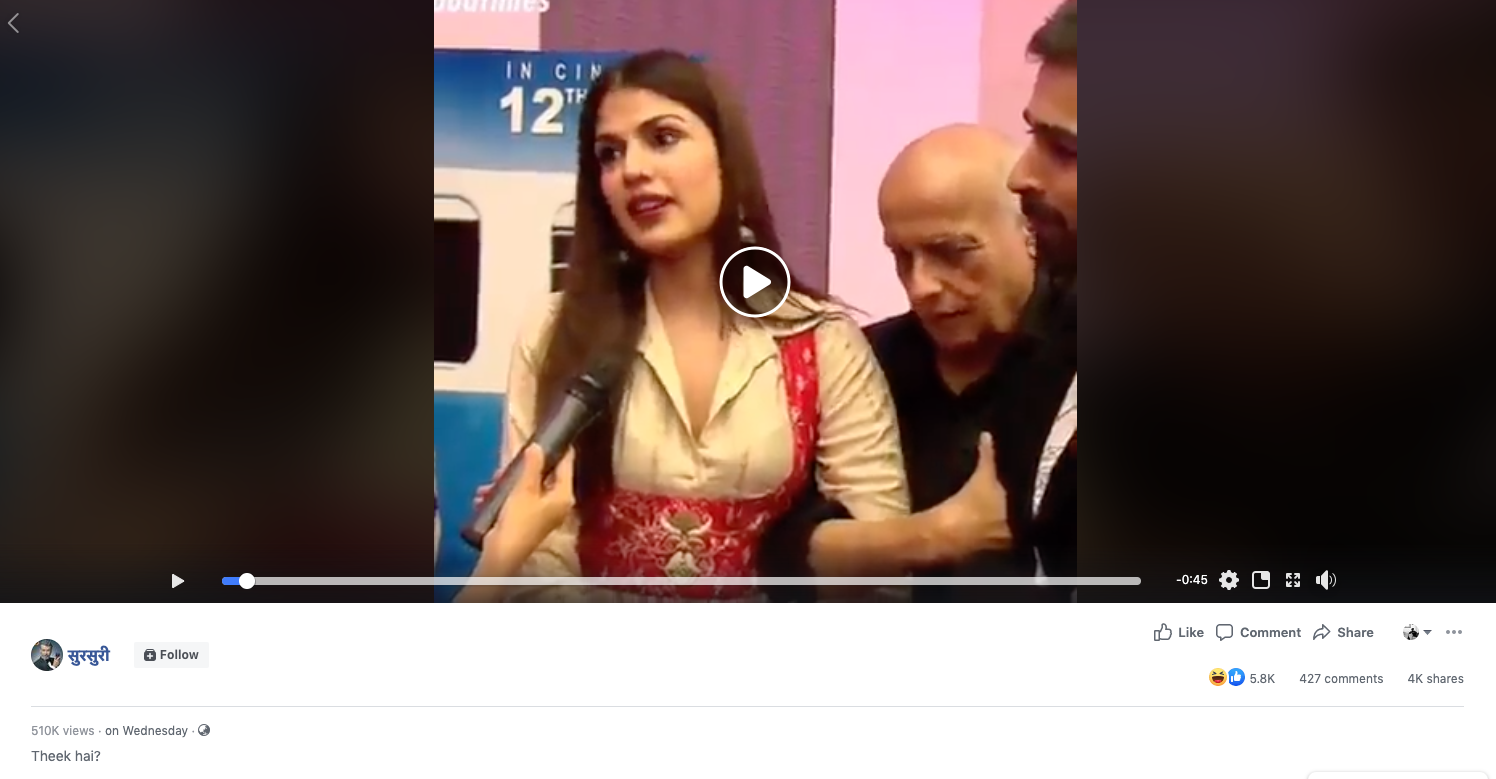 (Translation: “Both of us have run away together… Ok. .. It’s not his mistake, its mine.”)

At the time of filing this report, the above post was shared over 4,000 times.

The video is being shared in the backdrop of CBI investigating Rhea Chakraborty in connection with the death case of actor Sushant Singh Rajput.

On closely analysing the video, we noticed that there was no synchronisation of audio and visual which raised the first red flag.

We then extracted the keyframes of the video and put them through Reverse Image Search along with keywords such as ‘Rhea Chakraborty’, ‘Mahesh Bhatt’, ‘Interview’. The search led us to the original footage of the same interview posted on YouTube in which Rhea is actually talking about her movie ‘Jalebi’ which was released in October 2018 and was produced by Mahesh Bhatt.

On digging further, we found the video on YouTube from 2018 from which the audio in the above video was used.

In conclusion, putting our discoveries together it was established that the video in question is doctored as the audio of the original video (of Rhea Chakraborty & Mahesh Bhatt) was replaced by the audio of the second video using editing software.