“I stand before you tonight honored by your support, proud of the extraordinary progress we have made together over the last four incredible years, and brimming with confidence in the bright future we will build for America over the next four years,” President Trump said, walking to the podium alongside first lady Melania Trump. He was introduced by his daughter Ivanka Trump.

President Trump accepts the Republican nomination for President of the United States!#RNC2020 pic.twitter.com/Fm7PeW8h2K

“Four years ago I told you I would fight alongside my father and four years later here I am,” Ivanka said after showcasing her father’s economic policies and COVID-19 measures. 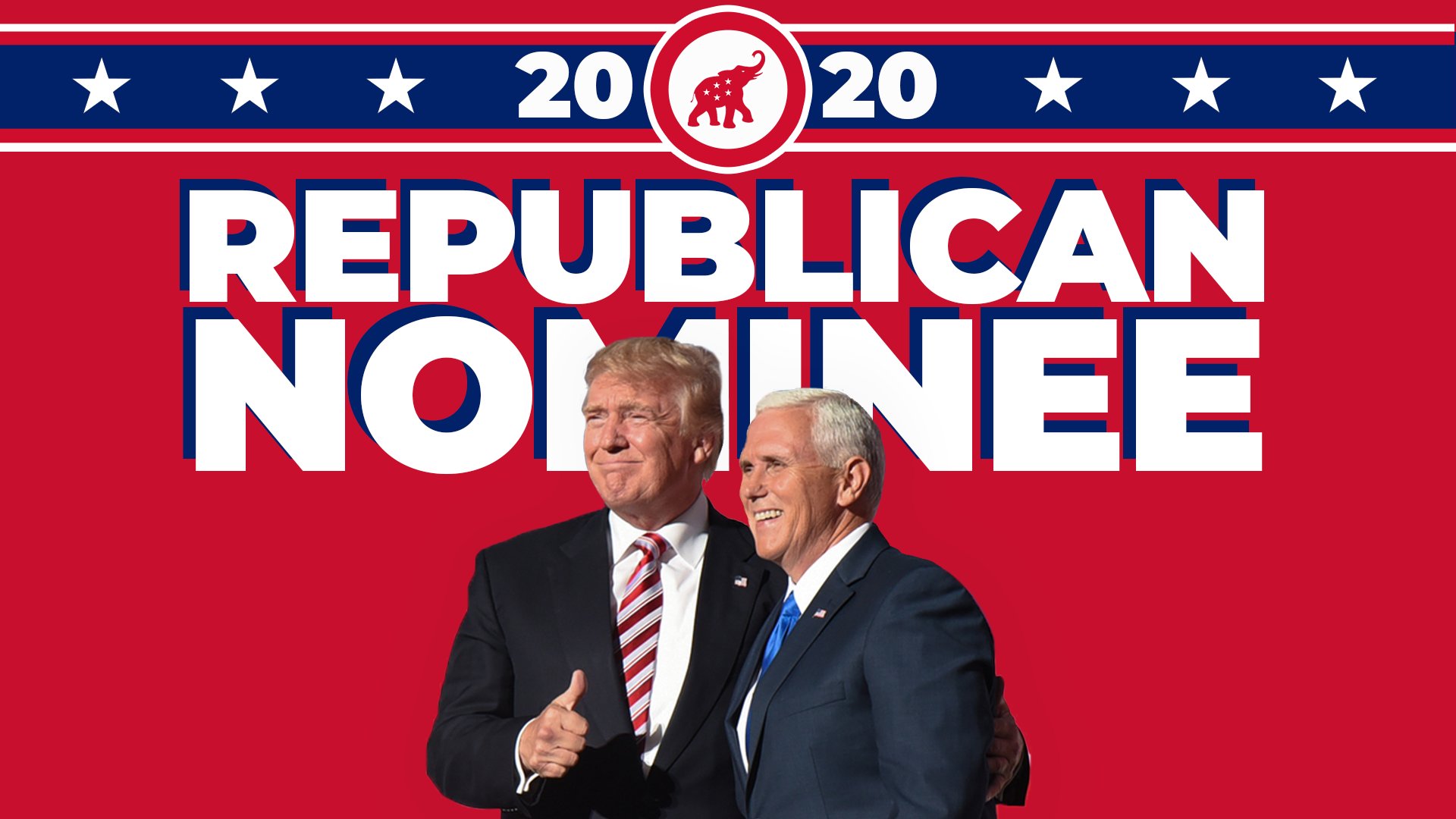 Introduced by Ivanka, President Trump said, “My fellow Americans, tonight with a heart full of gratitude and boundless optimism, I profoundly accept this nomination for President of the United States.” He said in his next term as President, the US “would build the greatest economy in history” and “quickly return to” full employment.

With gratitude for the confidence President Donald Trump has placed in me, the support of our Republican Party, and the grace of God, I humbly accept your nomination to run and serve as Vice President of the United States! 🇺🇸 pic.twitter.com/pRRxoGgjET

The US Presidential elections are set to take place on November 3 this year.

“Trump 2020” spelled out in the sky at the conclusion of President Trump’s speech accepting the Republican nomination for president.
pic.twitter.com/2SLnQcDYJY

President Trump and his running mate Mike Pence are fighting the US elections against Joe Biden and Kamala Harris.

ALSO READ: Kamala Harris recalls her Indian roots, says ‘walks along beaches in India created a commitment in me’