A 21-year-old student battled all odds to appear for his Delhi University final year exams just over a week after a team of doctors in Gurugram successfully removed a cricket ball size pelvic tumour from him through surgery that spanned six hours.

Shashank Khatri gave his first exam just days after the surgery through the Open Book Examination (OBE) mode of the Varsity. Most of the exams, he took lying down supported by his chest as he was unable to sit for longer durations due to the operation. Diagnosed with a cricket ball size tumour in his pelvis (sacrum bone) which engulfed his nerves, Khatri had been battling pain in his buttock region since March this year. As there was a high possibility of his nerves getting affected due to ongoing growth of the tumour, Khatri and his family decided to go ahead with the surgery at the Artemis Hospital in Gurugram.

On July 30 he was operated on by the orthopaedic team of the hospital led by Doctor Hitesh Garg and subsequently discharged on August 2. Just over a week later Khatri sat through his final year exams .

“I had been experiencing pain for four months. At night it used to become severe and unbearable. When I got to know about the tumour after reports, I told doctors about my upcoming college examinations,” Khatri told ANI over the phone. 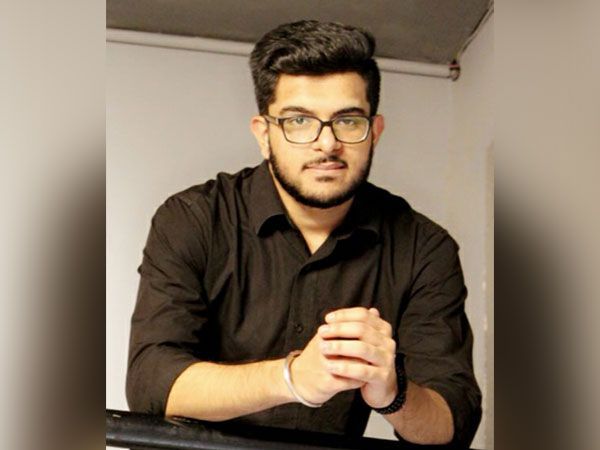 “I had to finish answering my papers within four hours, the time allotted for the exam. I was unable to sit for long after the surgery and had to either lie down or continue walking. So I used to lie down on my chest to write and used to write only just enough to ensure I passed. I also could not study much for the exam. Had there been offline exams, I would not be able to appear. However, I am glad the exams went well,” he said.

A team of specialists comprising Dr Garg, Dr Himanshu Tyagi, Dr Tarun Kukreja and senior anaesthetist Dr Shally Mittal operated on Khatri in what they said was a complex surgery, after which usually patients suffer unbearable pain, “I remember when he came first to us, his aneurysmal bone cyst (tumour) had already eroded the bone and was invading the muscles. He required quick surgery but didn’t want to waste his year at university as well. Waiting too long would have had adverse consequences on his nerves,” Dr Garg, head of orthopaedic unit said.

Tyagi, 38, Senior Consultant Spine and Orthopaedic Surgeon at Artemis hospital said the size of Khatri’s tumour was almost 6 cm x 6cm x 7cm which is nearly the size of a cricket ball. “Tumours in the pelvis (sacrum) are very difficult to remove and we had to carefully dissect the tumour out from between the nerves which control the urinary bladder, penis erection and power of the legs,” he told ANI.

The surgeon said that it was very challenging to remove the tumour while ensuring nerves remain undamaged. “Fortunately in his case, nothing happened. While performing this surgery, we make a big incision of around 10 cm between buttocks. So, we don’t expect the patient can sit or even lie down for one week. But Shashank went and gave the examination. That is something commendable,” he said.

Explaining the process, Dr Tyagi said a microscope was used to monitor the patient’s nerves and ensure no damage to the nerves. “These types of surgeries are life-threatening as these often stretch for six to eight hours. Chest complication and blood clot form which can dislodge in chest and brain. We used a microscope and also monitored his nerves. That is why we could protect the nerves and perform the surgery fast,” he said.