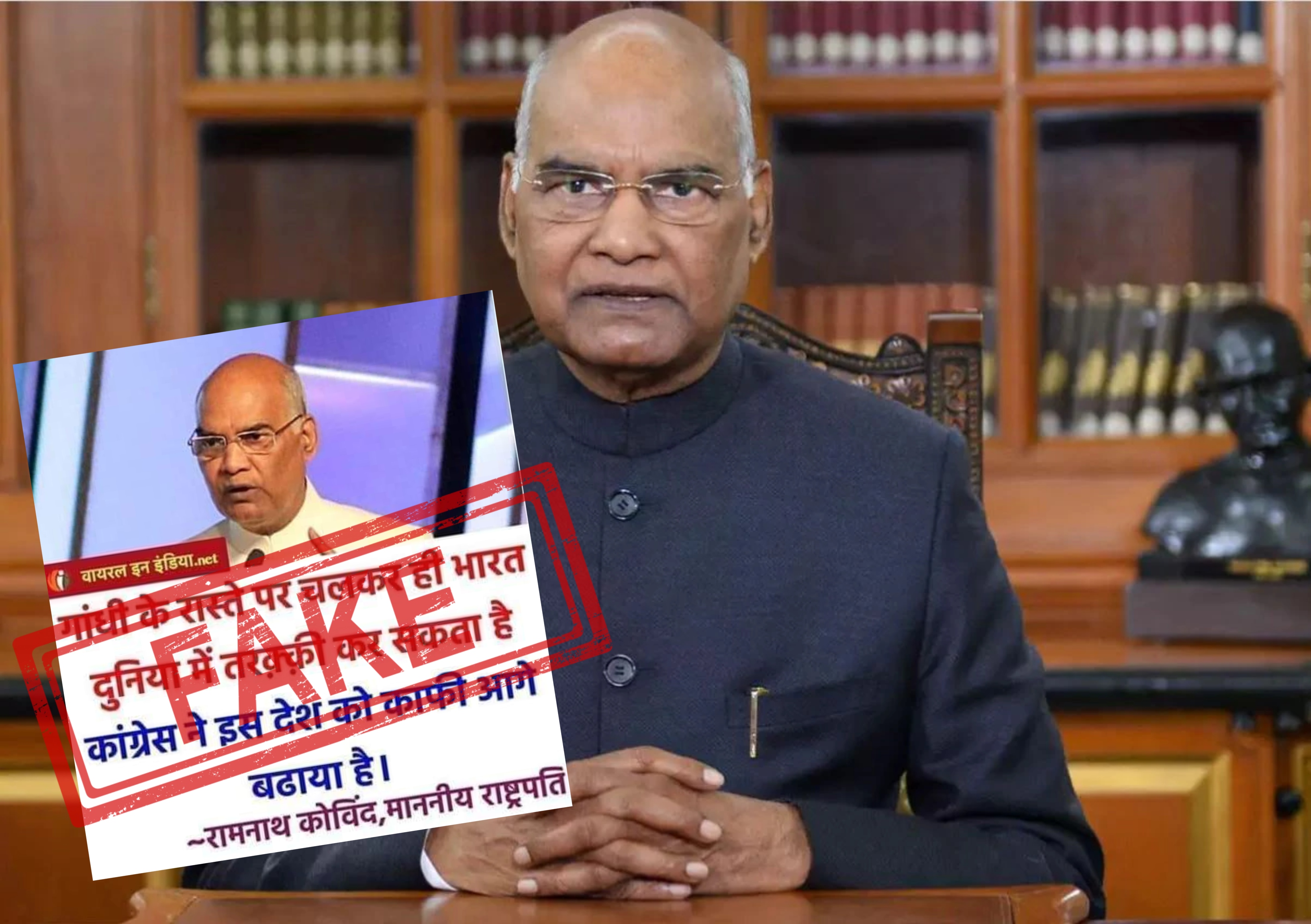 A picture is doing rounds on social media in which a quote has been attributed to President Ram Nath Kovind. The quote says that walking along the path shown by Gandhi, India can make significant progress and Congress has significantly taken the country forward. 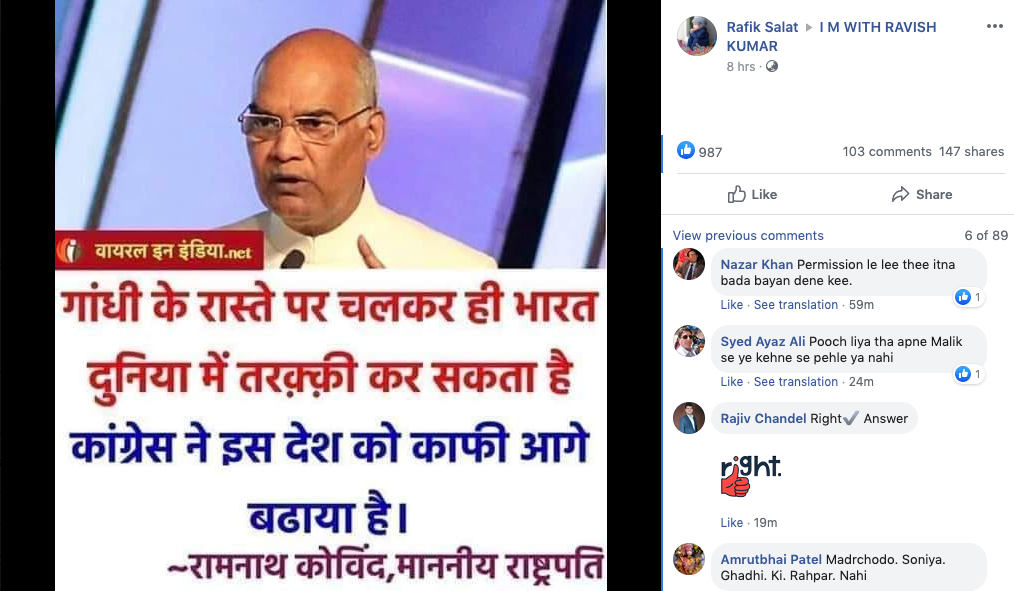 (Translation: “India can progress in the world only by following Gandhi’s path. Congress has taken this country forward. – Ram Nath Kovind, President”)

ALSO READ: This picture of PM Modi holding a placard is…

NewsMobile fact checked the above post and found it to be false. 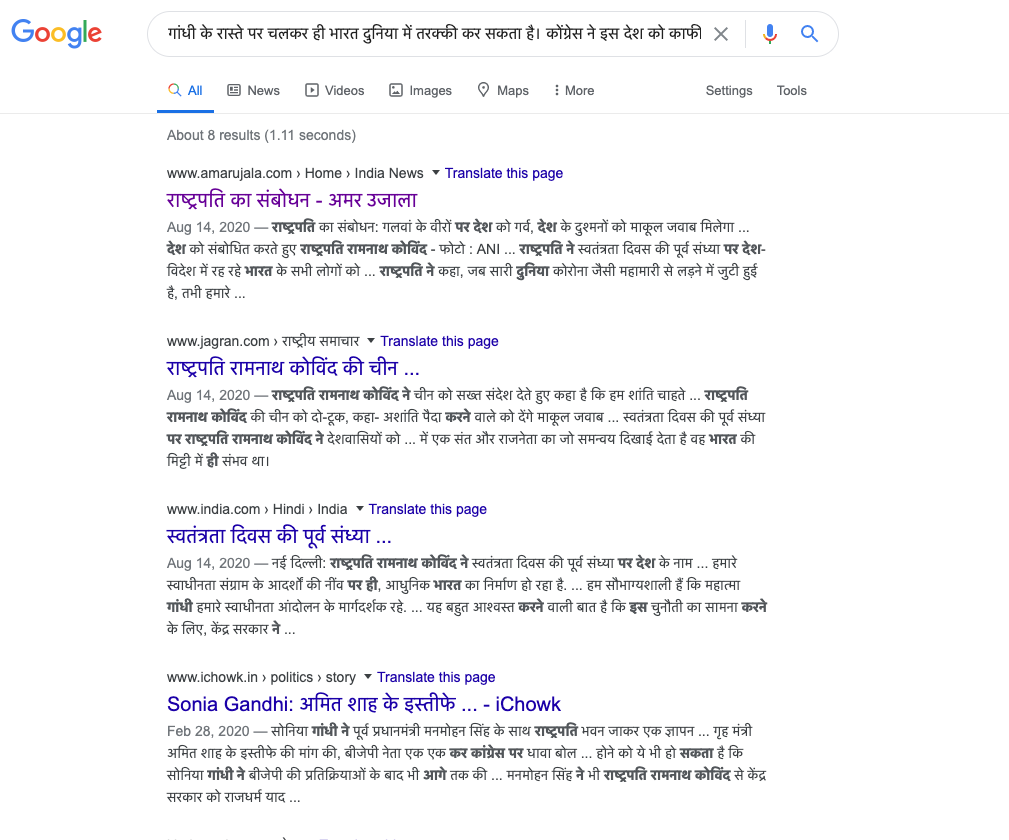 Moreover, if the current President would have praised the Congress, it would have made headlines, but upon our search, there was no such report. 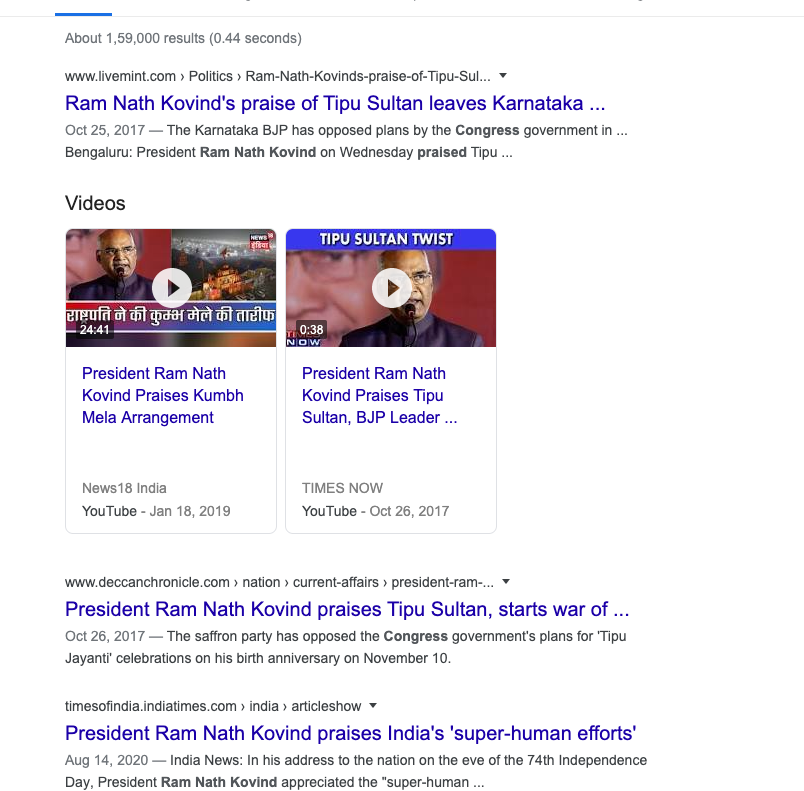 We further scanned through the official website and social media handles of the President of India, but did not find any post or speech in which President Kovind made the statement.

In conclusion, the above information proves that the viral quote has been falsely attributed to President Ram Nath Kovind.