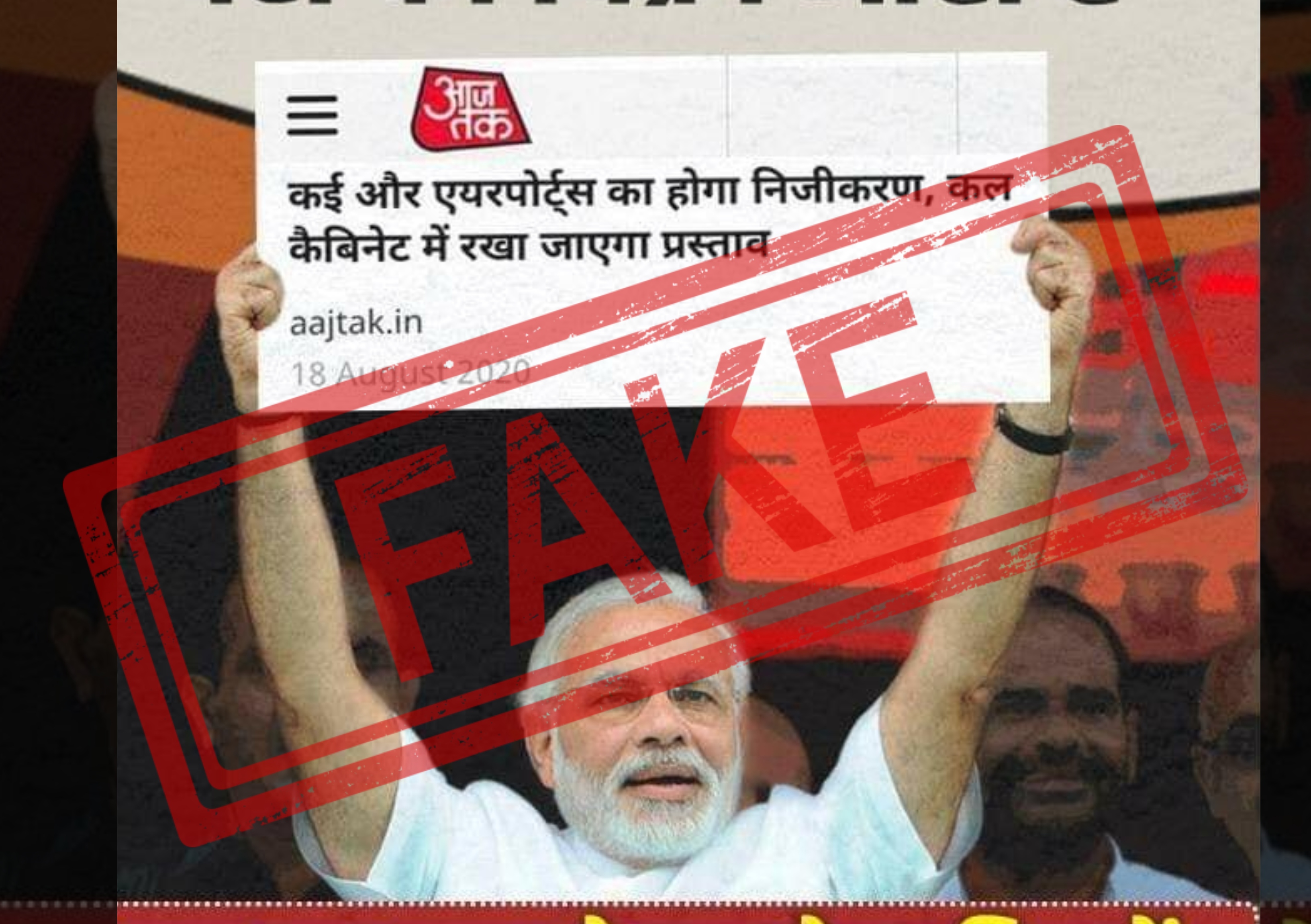 A picture of Prime Minister Narendra Modi is making rounds on social media in which he can be seen holding a placard. A caption has been added to the picture at the top which says the process of selling off the country is in process. 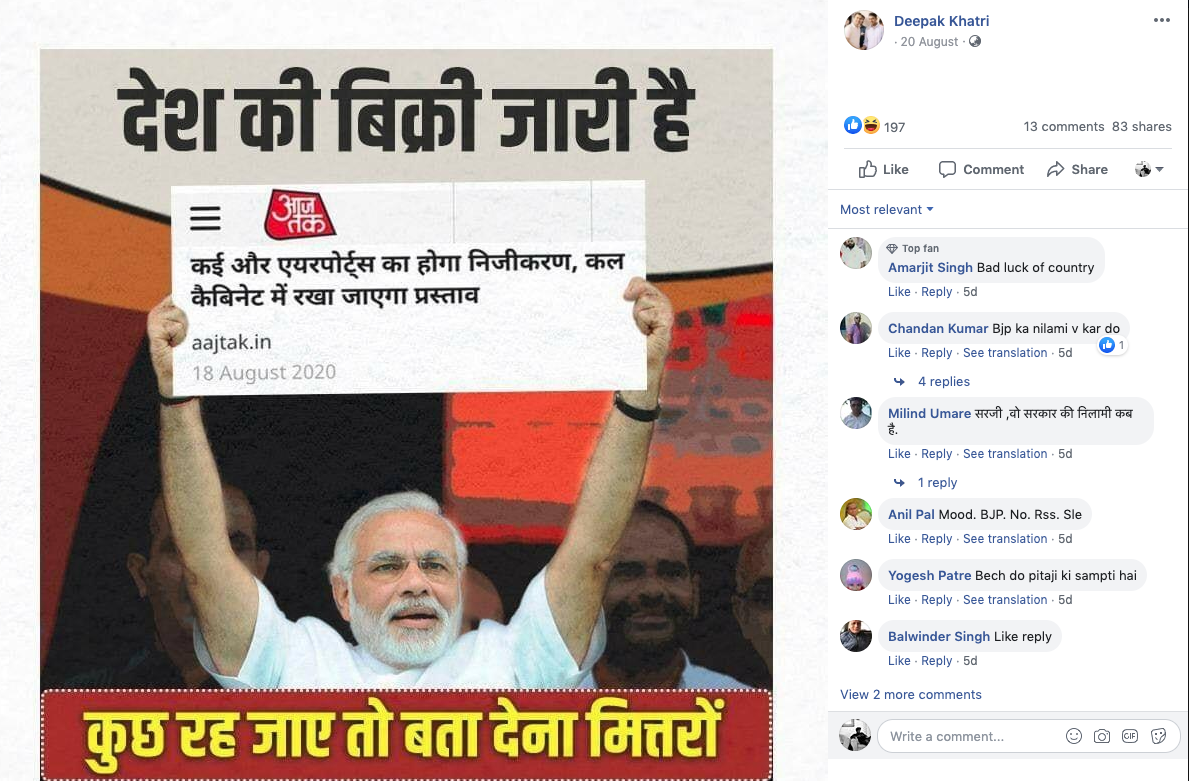 (Translation: “Many more airports will be privatized, proposal to be placed in cabinet tomorrow”)

NewsMobile fact checked the above post and found it to be FAKE.

On putting the above picture through Reverse Image Search, we found the original picture on the official website of Getty Images in which PM Modi can be seen without any placard. 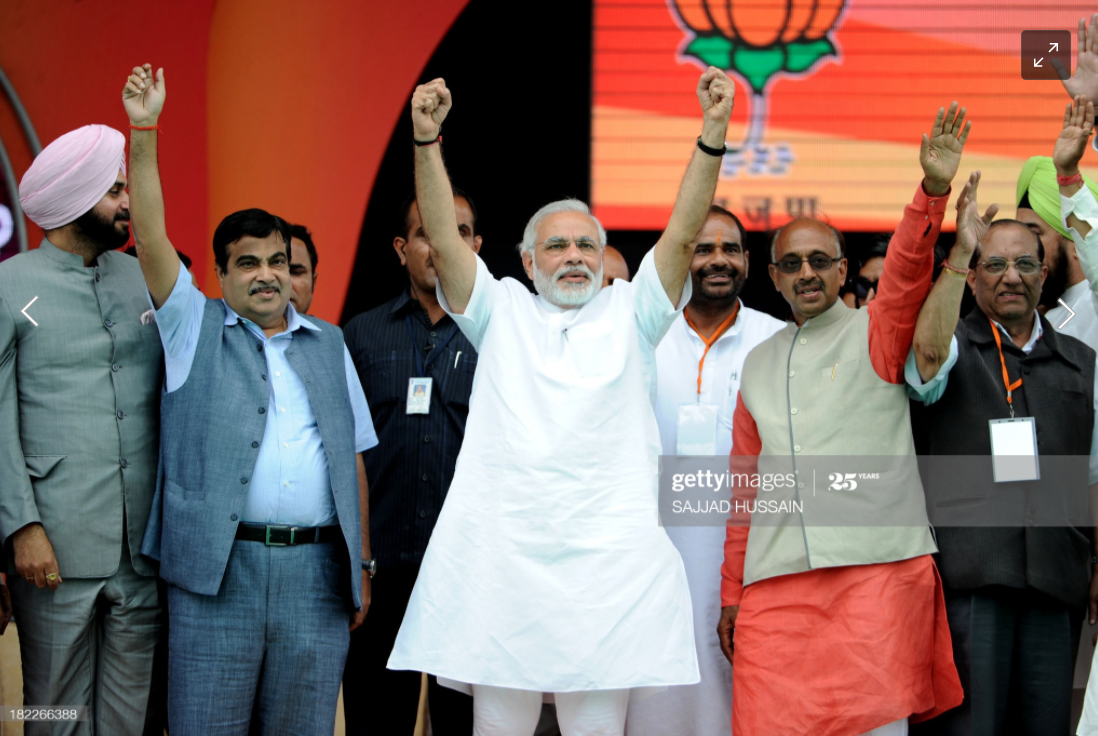 The picture was taken on September 29, 2013, when PM Modi (then Gujarat CM) addressed a rally in the national capital while campaigning for the 2014 Lok Sabha polls. 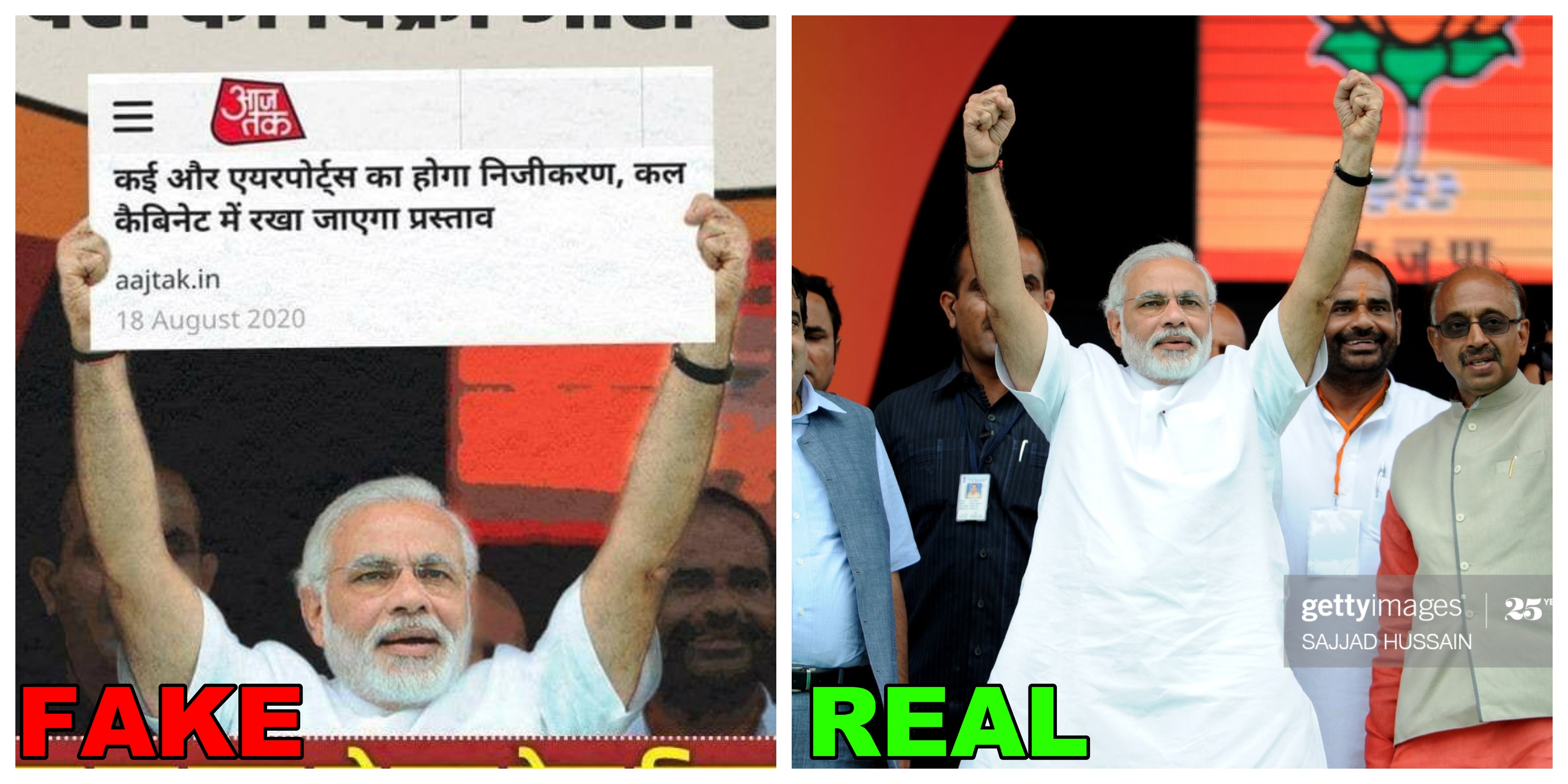 The person standing beside PM Modi is also same in both the pictures. It is also evident that the logo of the TV channel was added to the image to make it look credible.

In the above FAKE vs REAL collage, it is clear that the original picture was manipulated using photo editing software to create a FAKE image.

In conclusion, the above fact check establishes that the picture in question is FAKE.