After Prime Minister Narendra Modi shared a video of himself with peacocks, pictures of him with ducks started doing rounds on social media. While in one picture he can be seen reading a newspaper, in the other he can be seen clicking pictures of ducks moving around.

The same picture was also shared by the Congress party.

NewsMobile fact checked the posts and found that the picture in circulation is old.

The first thing we noticed was how different PM Modi looked in the viral picture as compared to his recent pictures. 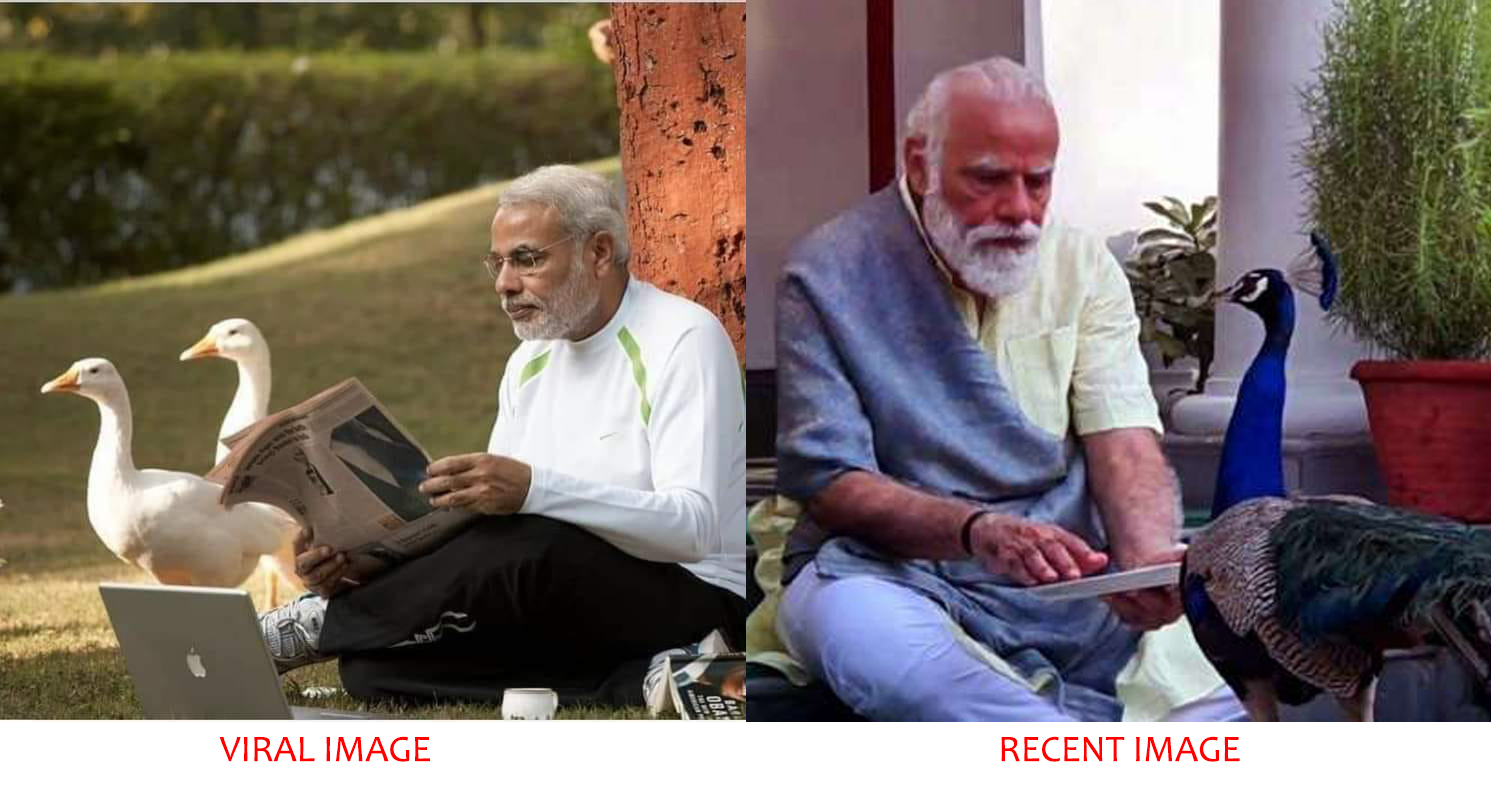 We then put the picture through Reverse Image Search and found links to few posts on Yandex from 2015 featuring the same image under ‘Never Seen Pics of Prime Minister Narendra Modi’ header. 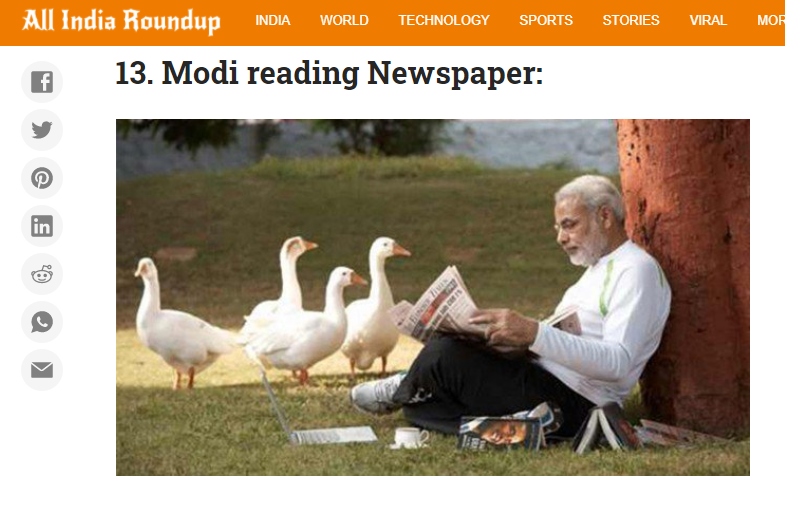 Upon further investigation, we found the second picture in a blog post dated 2012. It should also be noted that PM Modi was the Chief Minister of Gujarat at that time. 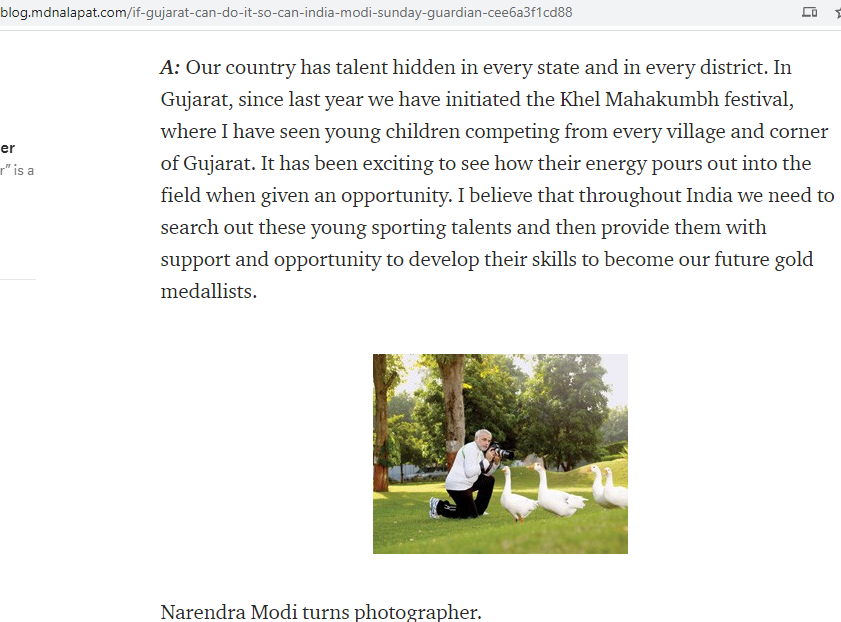 We also noted that PM Modi was wearing the same clothes in both the picture.

We also found some more of his pics from the same location and setting.

Hence, the above fact check proves that the posts are misleading as the pictures in circulation are old.