A picture of PM Modi has surfaced on the internet in which he can be seen holding a picture of Congress leader Rahul Gandhi with text written on it. 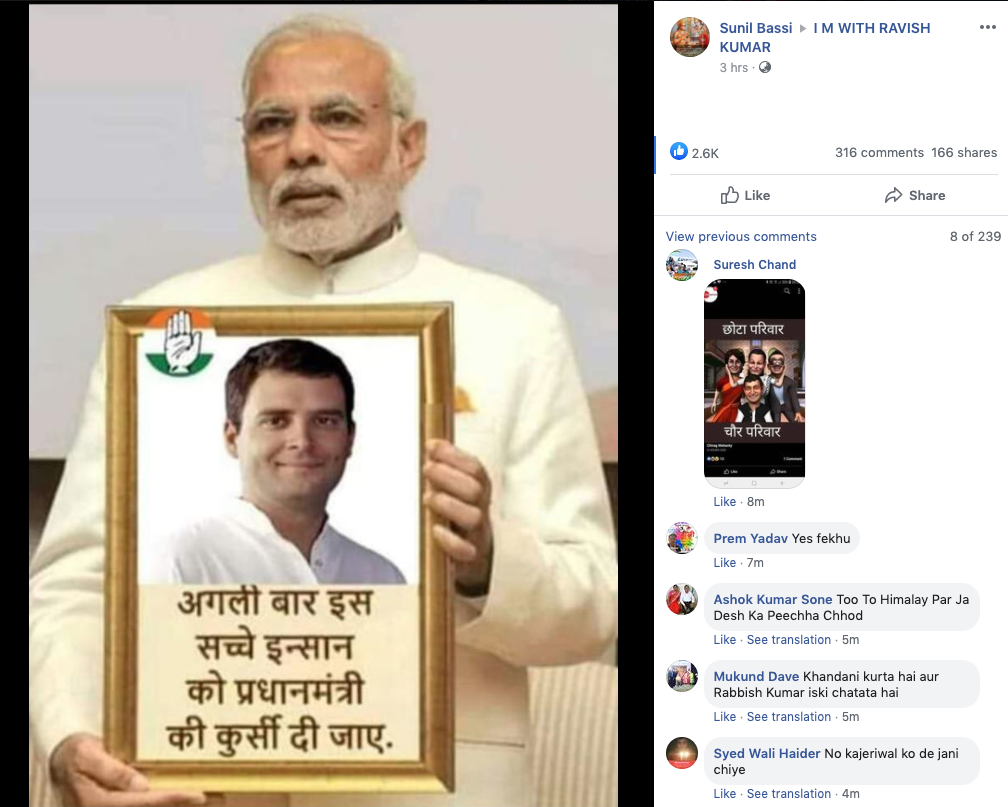 (Translation: Next time this honest person should be given the Prime Minister’s chair”)

ALSO READ: Claims of govt distributing smartphones to students is…

On putting the picture through Reverse Image Search, we found the original picture in several reports in which PM Modi can be seen holding a framed object.

Taking a cue, we scanned the official website of the Prime Minister’s Office (PMO) and found the original picture. Also present in the picture are Finance Minister Defence Minister Nirmala Sitharaman and her predecessor late Arun Jailtley. 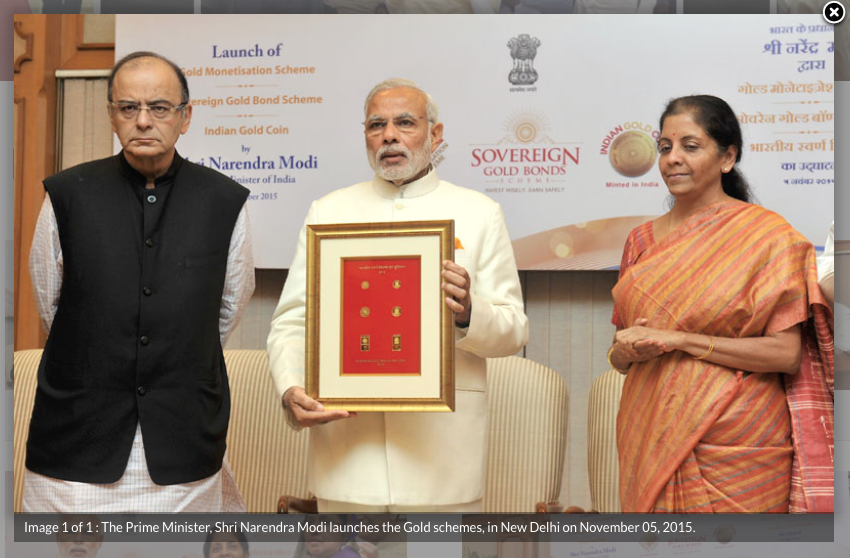 The original picture was taken on November 05, 2015, when PM Modi launched Gold Sovereign Bond Scheme in the national capital. In the picture, PM Modi was originally holding framed Indian gold coin and bullion, bearing national emblem Ashok Chakra on one side and Mahatma Gandhi’s image engraved on the other side. 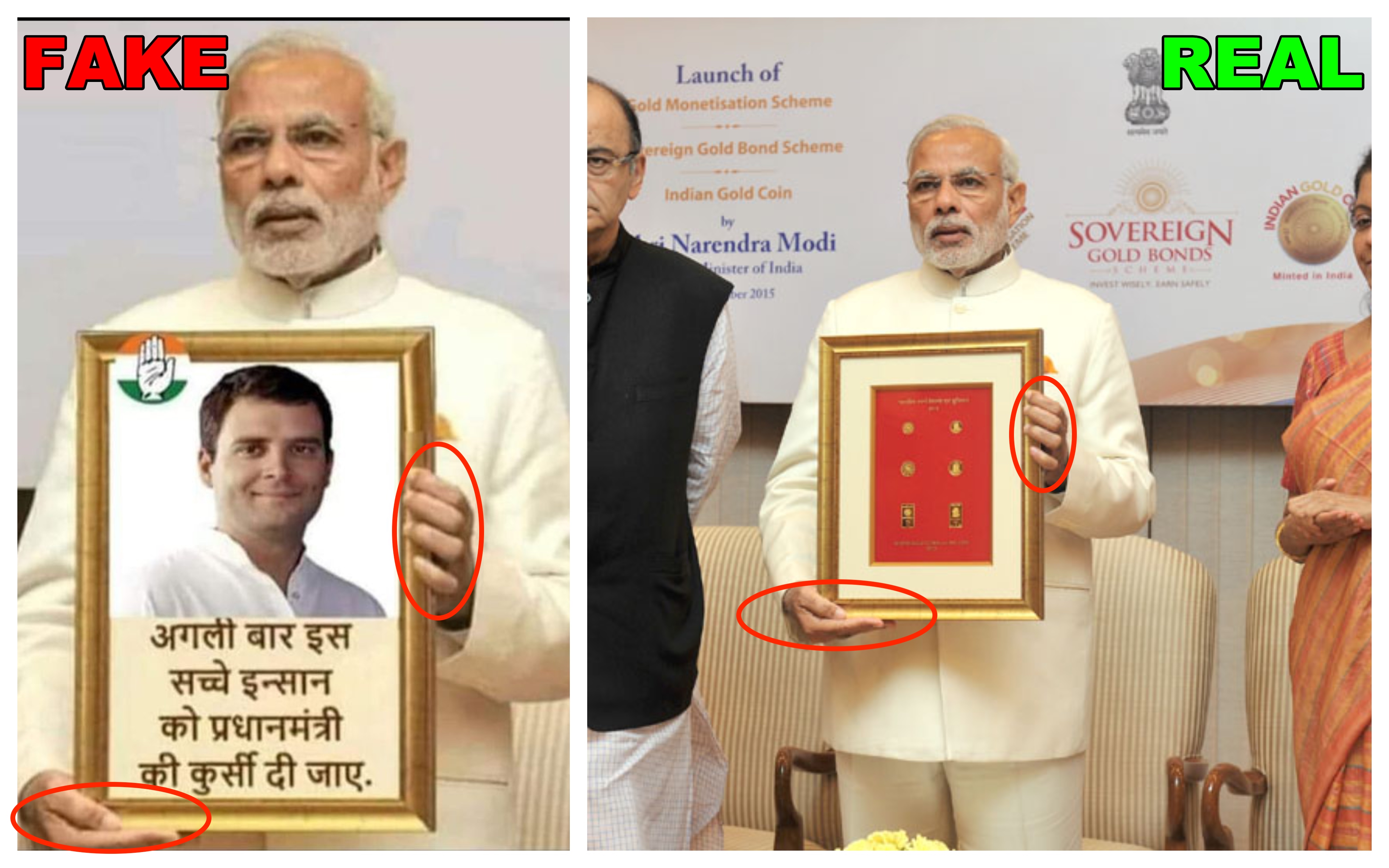 In the above FAKE vs REAL collage, it is clear that Arun Jaitley and Nirmala Sitharam were cropped out of the picture while the subject in the frame was replaced with Rahul Gandhi’s picture and text using photo editing software. The position of PM’s hands is also a big give away nailing the FAKE image since it is clear that the original picture was morphed.

In conclusion, the above information proves that the picture in question is morphed.