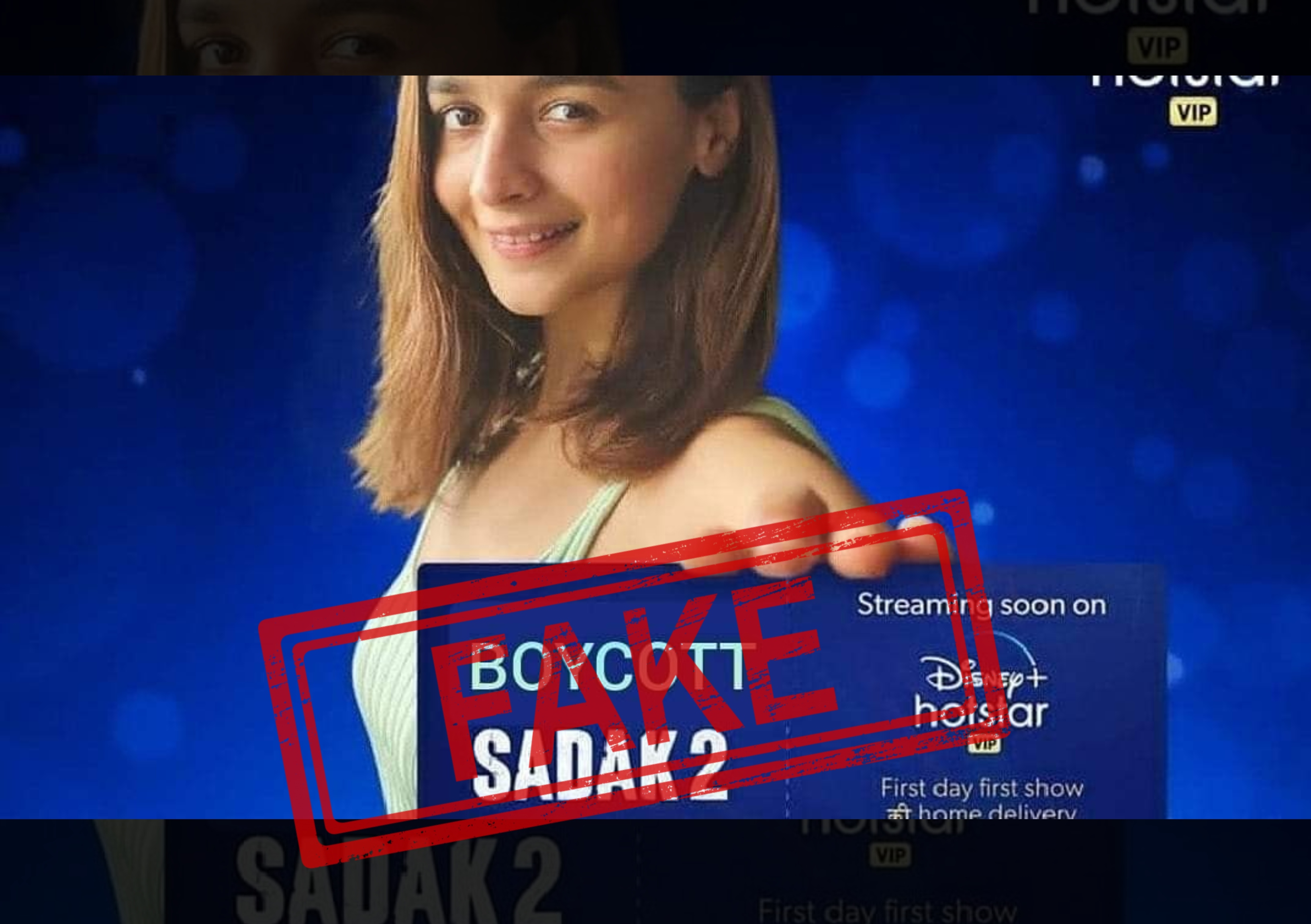 A picture of Bollywood actor Alia Bhatt has surfaced on social media, in which she can be seen holding a card with a text on it that reads: ‘Boycott Sadak 2’.

The picture is being shared after the trailer of ‘Sadak 2’ starring Alia Bhatt, Sanjay Dutt and Aditya Roy Kapoor received a backlash from the public and became one of the most disliked trailers on YouTube. It received over 12 million dislikes. The backlash was due to the uproar that got created after the death of actor Sushant Singh Rajput.

On putting the picture through Reverse Image Search, we found the original picture on the official Instagram handle of Alia Bhatt (@aliaabhatt) posted on August 01, 2020. 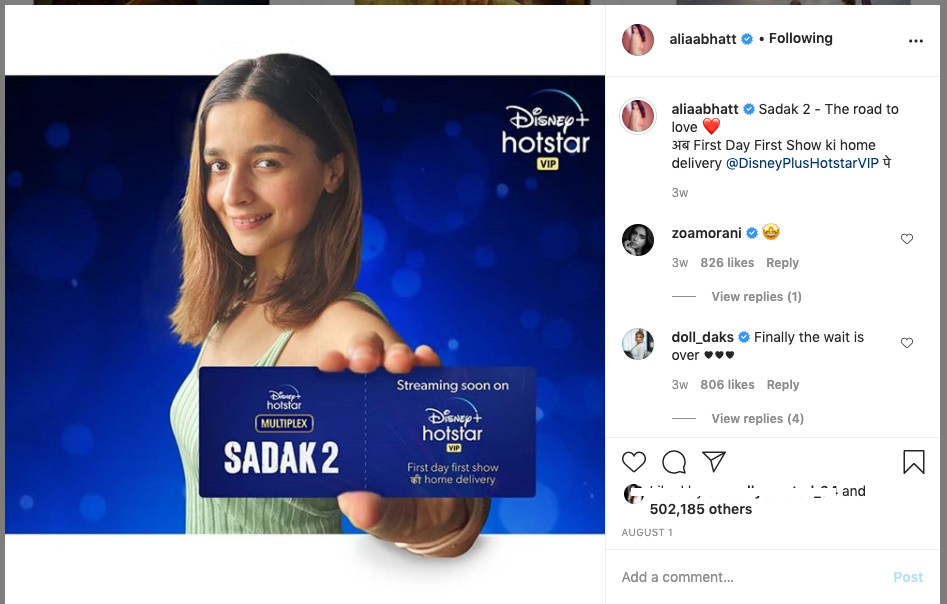 In the original picture, it can be seen that ‘Disney Hotstar Multiplex Sadak 2’ was written on it instead of ‘Boycott Sadak 2’. 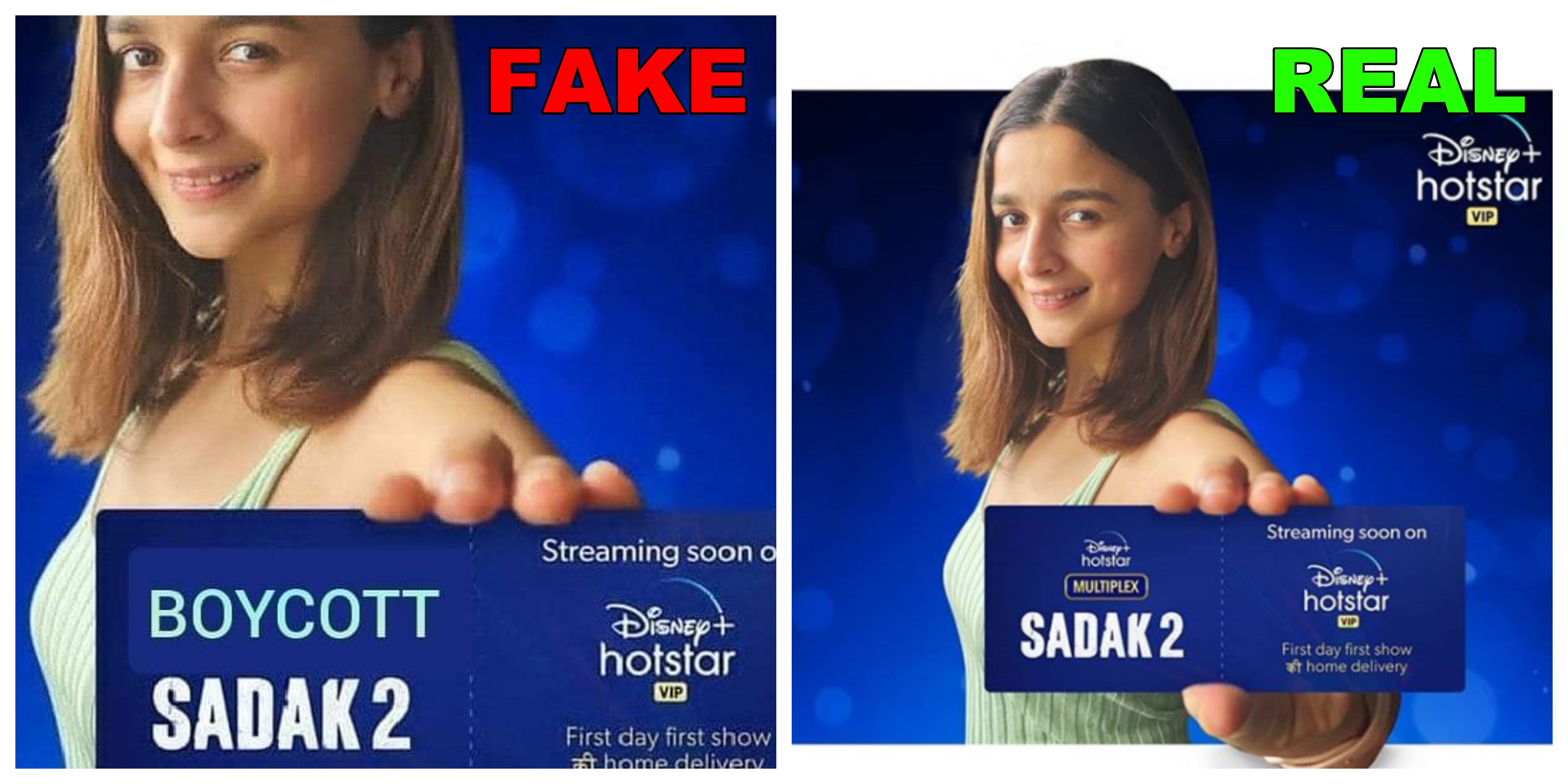 In the above FAKE vs REAL collage, it is clear that the original picture was manipulated using photo editing software to spin the narrative.