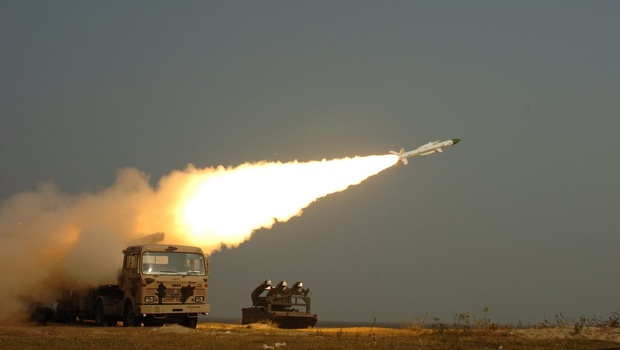 Against the backdrop of the activities of the Chinese helicopters close to the Line of Actual Control (LAC) in Eastern Ladakh, Indian forces have deployed troops equipped with shoulder-fired air defence missiles on the crucial heights there.

“Indian troops armed with the Russian-origin Igla air defence system have been deployed on the crucial heights along the border to take care of any enemy aircraft trying to violate the Indian air space there,” sources told ANI here.

The Russian-origin air defence systems are used by both the Indian Army and the Air Force and are supposed to be used when the enemy fighter jets or choppers come close to own locations or deployments during hostilities.

The India side has also enhanced its surveillance through the deployment of radars and surface to air missile systems to keep track of the enemy air movement there.

While building up in the Eastern Ladakh sector including areas such as Galwan valley and Patrolling Point 14, the Indian forces had observed that a number of Chinese choppers had tried to come inside Indian territory near the flashpoints.

The Indian Air Force (IAF) had also deployed its around the first week of May to foil a possible airspace violation by Chinese helicopters in the Eastern Ladakh area.

India is keeping a close watch on the Hotan, Gar Gunsa, Kashghar, Hopping, Dkonka Dzong, Linzhi and Pangat airbases of the PLAAF in the Xinjiang and Tibet region and all of them have been highly active in recent times.

The Chinese People’s Liberation Army Air Force (PLAAF) has upgraded a number of these bases in recent times including the construction of hardened shelters, the extension of runway lengths and deployment of additional manpower to carry out more operations.

The Linzhi airbase opposite the Northeastern states is mainly a helicopter base and the Chinese have also built a network of helipads there to enhance their surveillance activities in those areas.