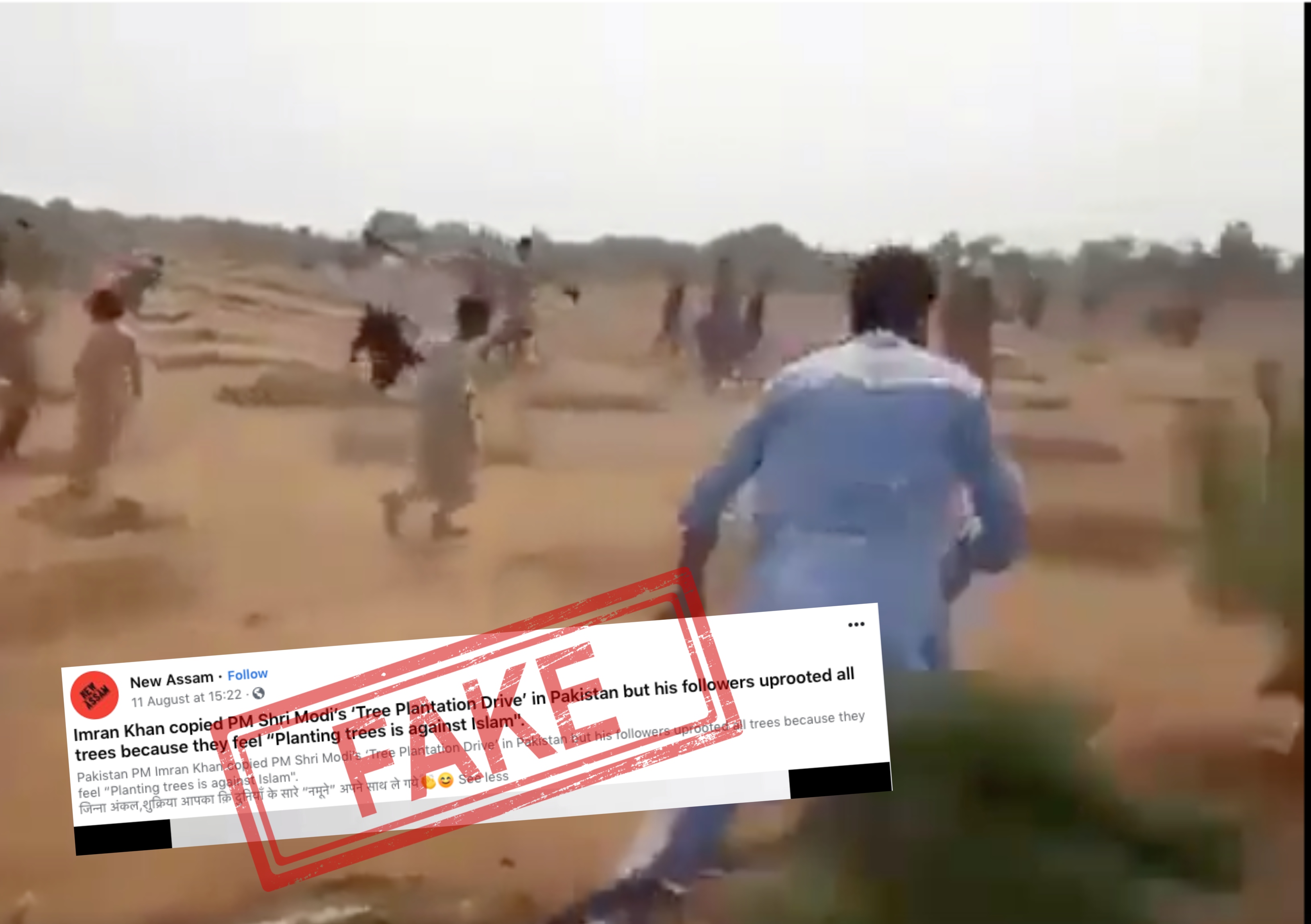 A video is widely being shared on social media in which a mob can be seen uprooting saplings in a field. It is being claimed that the video is from Pakistan and while the government started a plantation drive, locals decided to uproot them as planting trees is against the tenets of Islam. 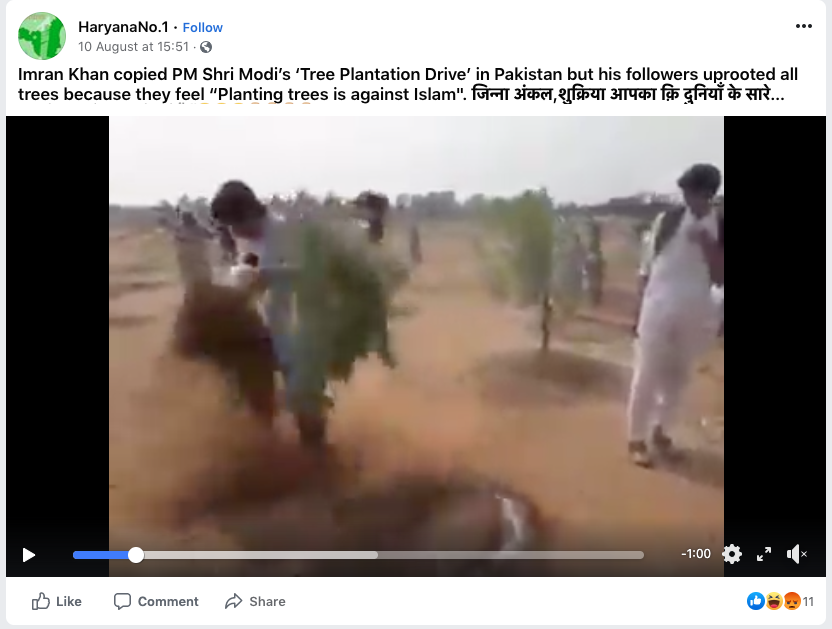 The caption read: “Imran Khan copied PM Shri Modi’s ‘Tree Plantation Drive’ in Pakistan but his followers uprooted all trees because they feel “Planting trees is against Islam”.
जिन्ना अंकल,शुक्रिया आपका क़ि दुनियाँ के सारे “नमूने” अपने साथ ले गये” (Jinnah Uncle, thanks you took all the “samples” of the world with you)

NewsMobile fact checked the above post and found that the claim attached to the video is false.

We extracted the keyframes of the video using InVid tool and put them through Reverse Image Search. The results led us the same video on Facebook but with a different caption. According to which, residents of Khyber district of Peshawar in Pakistan uprooted 6,000 saplings planted by the government as they were on disputed land.

The caption read: “Residents of Khyber’s Mandi Kass uprooted 6,000 saplings planted by the government.‬ Hundreds of villagers attack saplings planted under 10 Billion Tree Tsunami campaign in Pakistan. ‪The residents said that #ImranKhan had planted the trees on disputed land. The participants of the plantation drive tried to negotiate with the protesters, but nothing worked out. The protesters carried black flags in their hands and chanted slogans. They also gathered around the people planting the trees there and tried to physically overpower them and looted them.”

Taking our investigation further, we ran a search with keywords such as ‘Khyber’, ‘Uprooted’, ‘Saplings’, ‘Disputed land’ etc, which led us to several reports by Pakistani news agencies confirming that the incident took place as the government planted trees on disputed land. 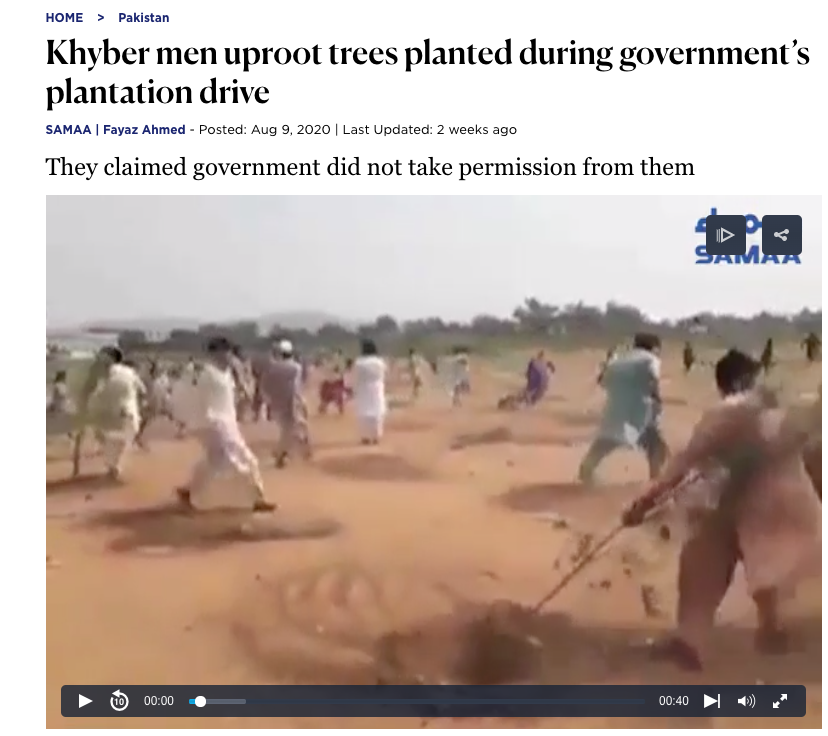 More such reports can be seen here, here and here.

None of the reports mentioned that the incident took place because of the claim that planting trees being against Islam.

Hence, the above information proves that the video in question has been shared with a false claim.