Home Home Slider US Elections 2020: Trump-Pence to have faceoff with Biden-Harris in Nov polls 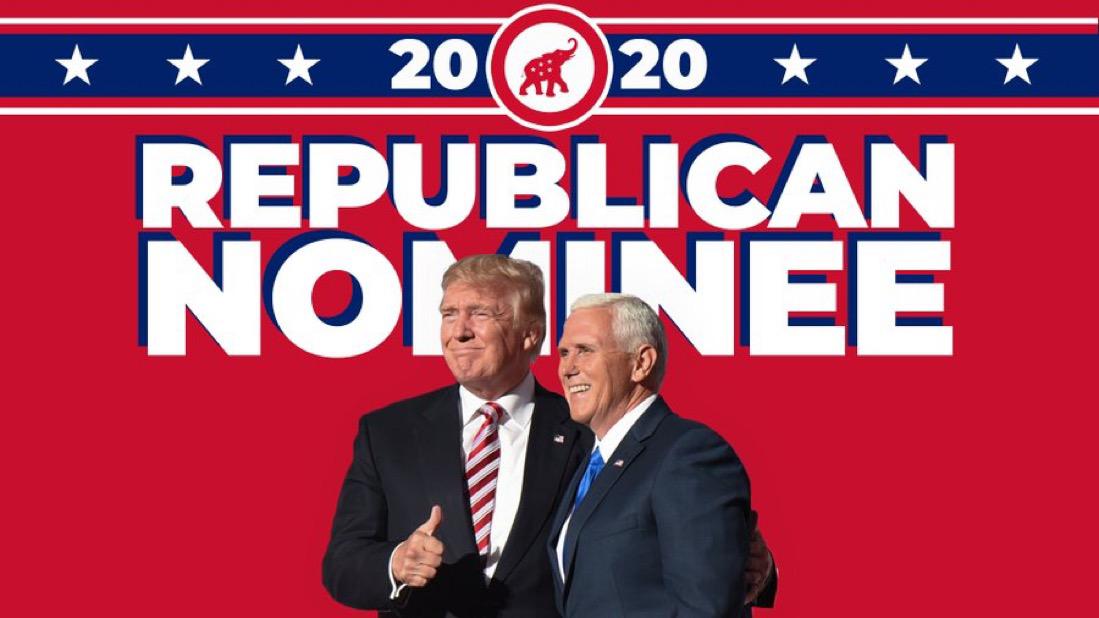 The Republican party on Monday announced official renomination of Donald Trump and Mike Pence for President and Vice President of the United States.

I am pleased to announce the official renomination of @realDonaldTrump and @Mike_Pence for President and Vice President!

Biden-Harris is the most radical, socialist ticket in American history, and we must vote like our lives and our country depend on it this November! #RNC2020

ALSO READ: NewsMobile Explainer: All you need to know about US Presidential Polls

After Trump’s renomination, much of the action is shifting to Washington, where Republicans will spend the week trying to convince the American people that the president deserves a second term.

Biden, 77, is leading Trump, 74, in opinion polls ahead of the Nov. 3 election. Biden and his fellow Democrats portrayed Trump as a force for darkness, chaos and incompetence, while stressing the Democrats’ diversity and values like “empathy” and “unity.”