A picture of former Prime Minister Indira Gandhi has surfaced on the internet in which she can be seen serving food to soldiers in uniform. It is being claimed that Gandhi is serving food to the brave soldiers who fought in the war against Pakistan. 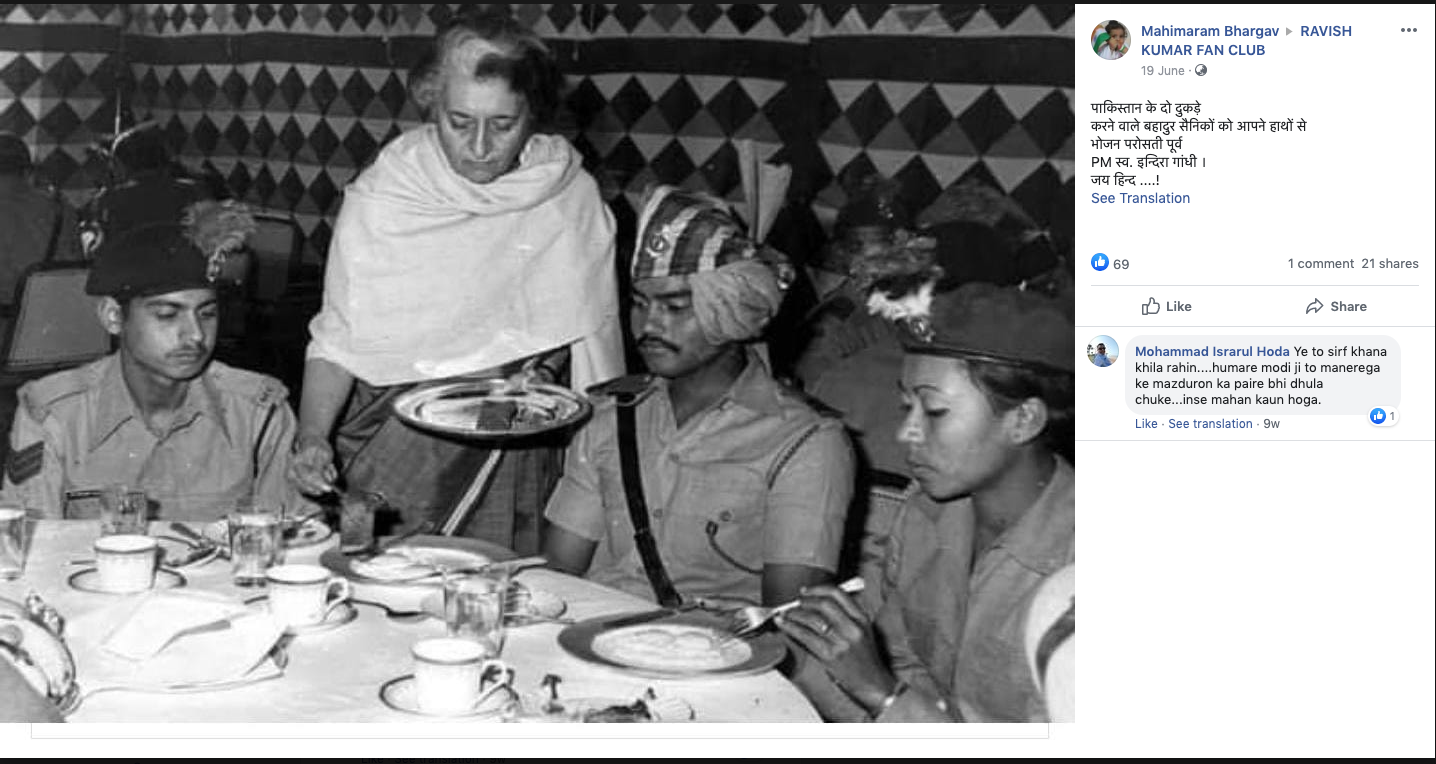 ALSO READ: Fact Check: Here’s the truth behind this picture of PM Modi…

On putting the picture through Reverse Image Search, we found the same picture in an article by Hindi newspaper, Jan Satta. 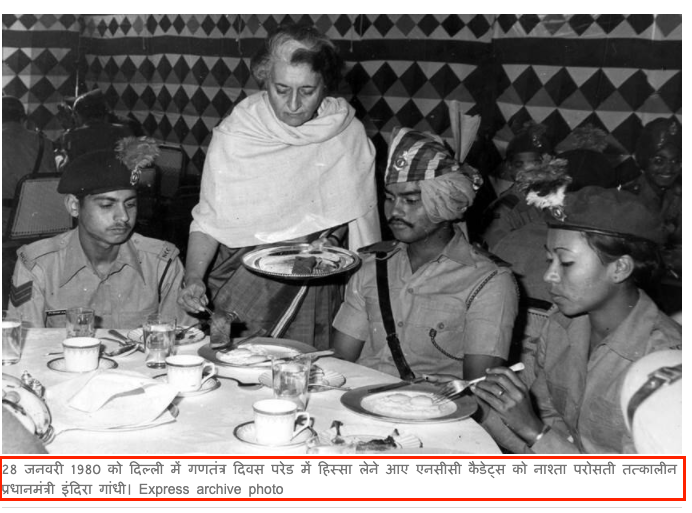 The caption suggests that the picture was taken on January 28, 1980 when the then Prime Minister Indira Gandhi, served food to NCC cadets who took part in the Republic Day parade.

Hence, in conclusion, the above information establishes that the picture in question is being shared with a false claim.