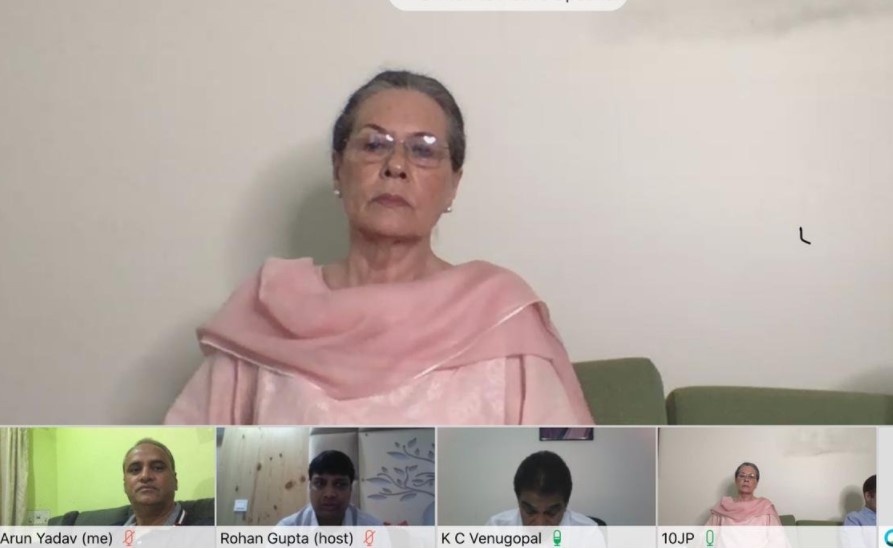 Sonia Gandhi will continue as the interim Congress President for the next few months. Hours after she offered to step down as the party’s President, the Congress Working Committee rejected her resignation after day long deliberation at the fiery CWC meeting.

The next Chief of the Congress party will be selected within the next six months. Senior leader P L Punia said, “Next meeting will be called soon, probably within six months, to elect new president. Members expressed faith in Sonia Gandhi and Rahul Gandhi and urged her to continue leading party, she agreed.”

Offering to step down following the letter bomb which hit the Congress high command, Sonia had requested her party leaders to begin the process for appointing a new President.

The CWC meeting was marked by high drama today as senior Congress leader Kapil Sibal, who had lashed out at Rahul Gandhi’s suggestion in the meeting that those who had dissented in the letter were in cahoots with the BJP, later deleted the tweet and posted a fresh one where he clarified that Rahul Gandhi personally spoke with him and clarified that he had never made such a comment.

Was informed by Rahul Gandhi personally that he never said what was attributed to him .

Earlier, in his tweet, Sibal had said that in the last 30 years, he has never made a statement in favour of the BJP on any issue and yet they are being accused of colluding with BJP.

Rahul Gandhi says “ we are colluding with BJP “

Defending party in Manipur to bring down BJP Govt.

Yet “ we are colluding with the BJP “!

Senior Congress leader Ghulam Nabi Azad too was visibly miffed at the “collusion” charge and said if anyone could prove the charge, we was willing to resign. Sources say he even wanted to put in his papers during the meeting.

Meanwhile, sources say Congress interim president Sonia Gandhi has said that there is no ill feeling with any of the leaders who had written and signed that letter which called for a complete overhaul of the Congress party.

Sonia Gandhi reportedly said in her closing remarks that she held “no ill-will” towards anyone in the party, a remark intended at the dissent-letter writers.

“I am hurt but they are my colleagues, bygones are bygones, let us work together,” she said, ending the CWC meeting.