The Indian Sports Ministry on Friday announced the final list of awardees of the National Sports Awards 2020. Sports Awards are given every year to recognize and reward excellence in sports.

Arjuna Award is given for consistent outstanding performance for four years. 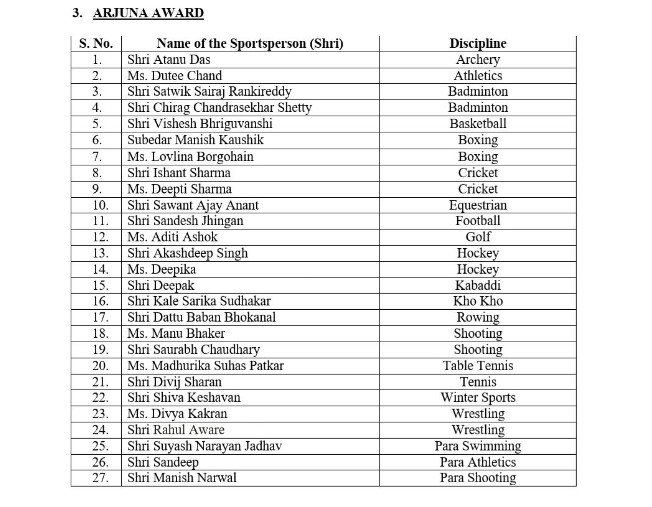 Dhyan Chand Award is for life time contribution to sports development and Rashtriya Khel Protsahan Puraskar is given to the corporate entities (both in private and public sector) and individuals who have played a visible role in the area of sports promotion and development.

National Sports Awards which include the Rajiv Gandhi Khel Ratna award, the Arjuna award, the Dronacharya award, and the Dhyan Chand award, are conferred on athletes every year by the President of India at the Rashtrapati Bhavan on August 29, the National Sports Day.

However, this year, the names would be announced by President Ram Nath Kovind virtually due to the ongoing coronavirus pandemic.