A picture has surfaced on the internet in which Prime Minister Narendra Modi, RSS Chief Mohan Bhagwat and Home Minister Amit Shah can be seen in white attire, followed by a few men. 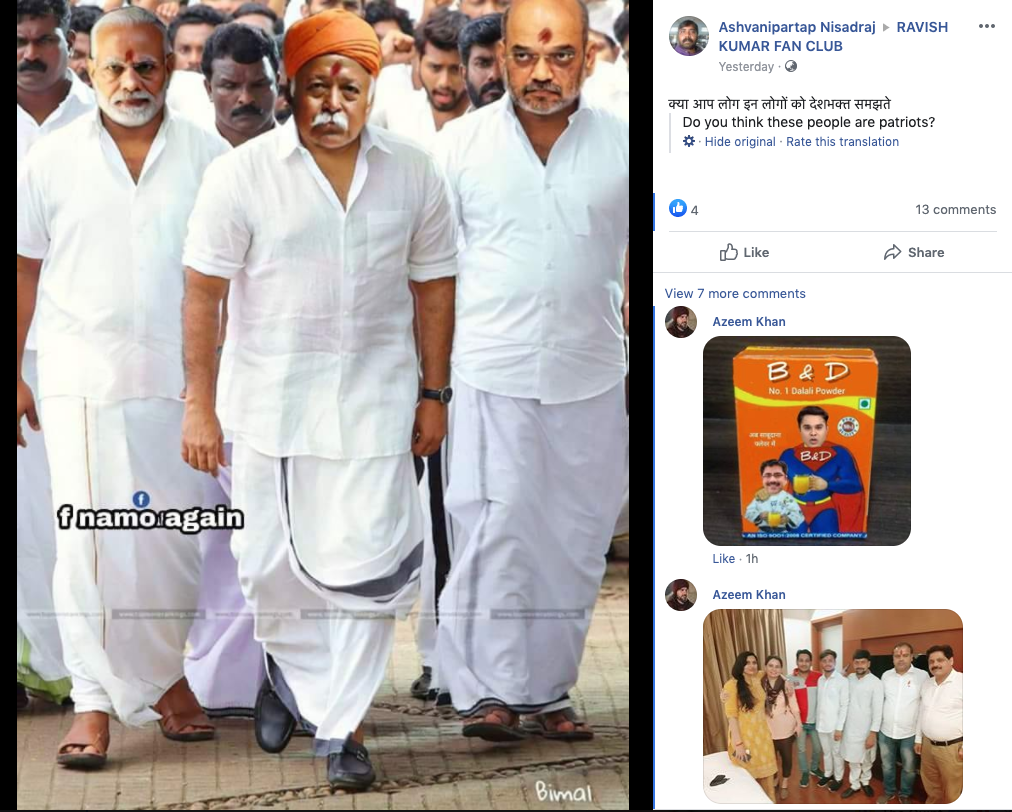 (Translation: “Do you think these people are patriots?”)

On putting the picture through Reverse Image Search, we found the original picture which does NOT feature any of the three (PM Modi, Mohan Bhagwat & Amit Shah). 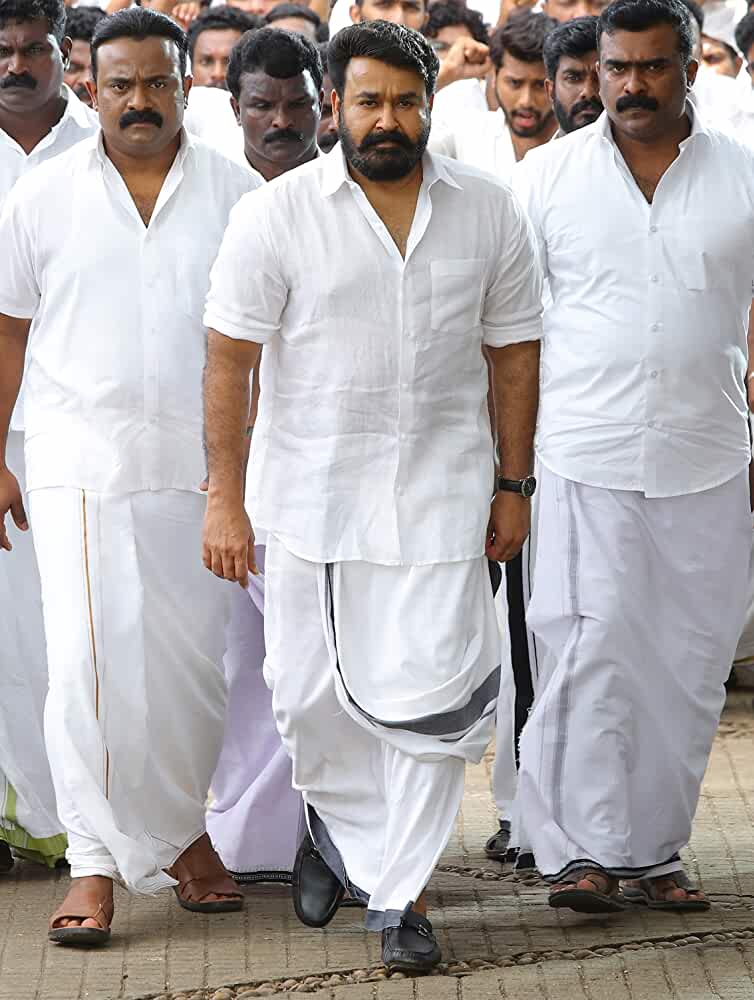 We found the original picture on the official website of IMDb. It is a still from a 2019 political drama movie Lucifer. The lead actors in the above picture are Mohanlal and Kalabhavan Shajohn. 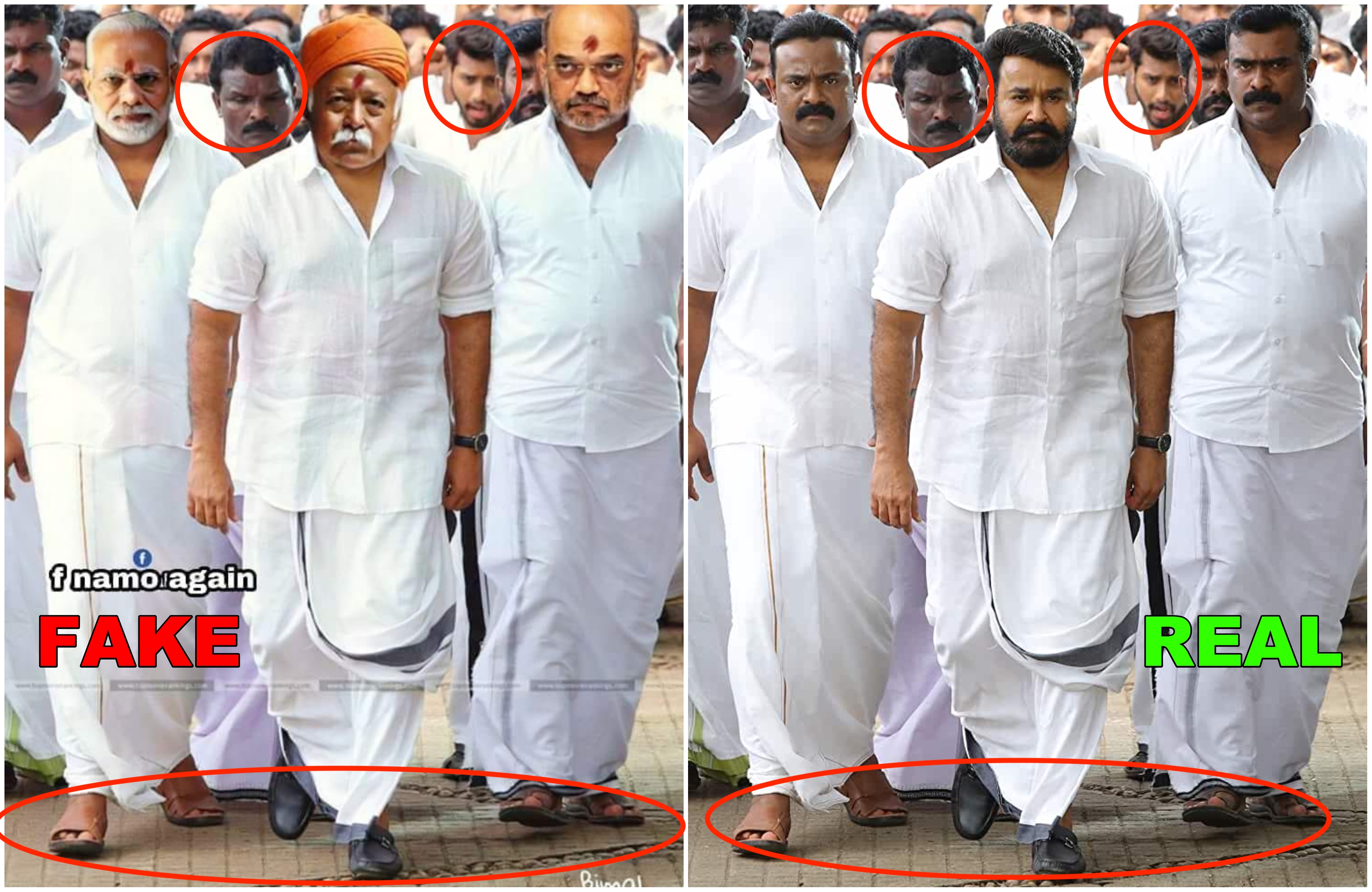 In the above FAKE vs REAL collage, it is clear that the faces of PM Modi, Mohan Bhagwat and Amit Shah were superimposed on the original picture using photo editing software.