Home NM FACT CHECKER Fact Check: This video of the ‘Waterfall of the Bride’ is from...
ShareTweetGoogleWhatsappPrint
Mail

A video of ‘Waterfall of the bride’ is being widely shared on social media with a claim that it is located in Cluj county of Romania.

“Not a drawing, not a sculpture..but a natural waterfall created by nature. Named “Waterfall of the bride” is really beautiful as its name. The waterfall is situated in Cluj county, Romania,” the post claims. 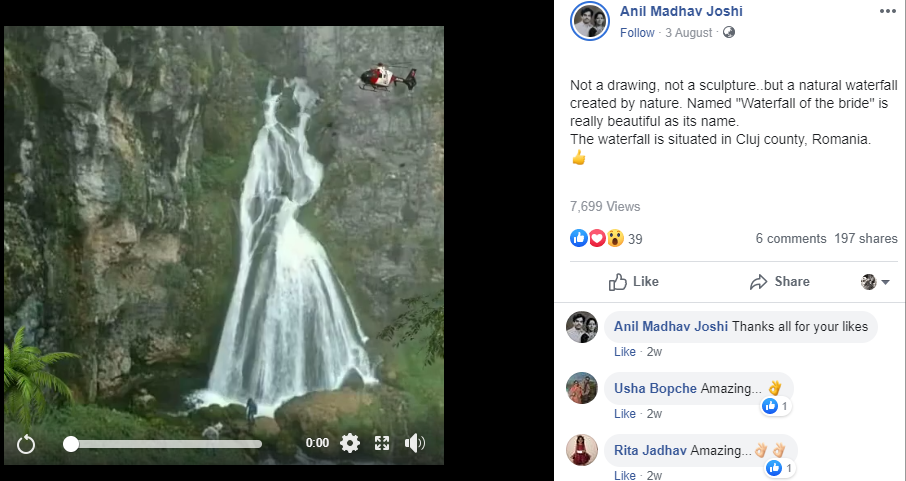 NewsMobile fact checked the post and found the claim to be misleading.

We extracted keyframes of the video using InVid and put them through Reverse Image Search and found a video of the same waterfall posted on YouTube in 2018.

According to the video description, the waterfall is in Peru.

We searched and found that the waterfall is known as “Cascada La Novia‘, located in the mountains of Cajamarca.

Wee also found that there is a waterfall in Romania which is known as ‘Bride’s Veil waterfall’.

In conclusion, we can say that the video in circulation is of a waterfall in Peru and not Romania and hence, the post is misleading.