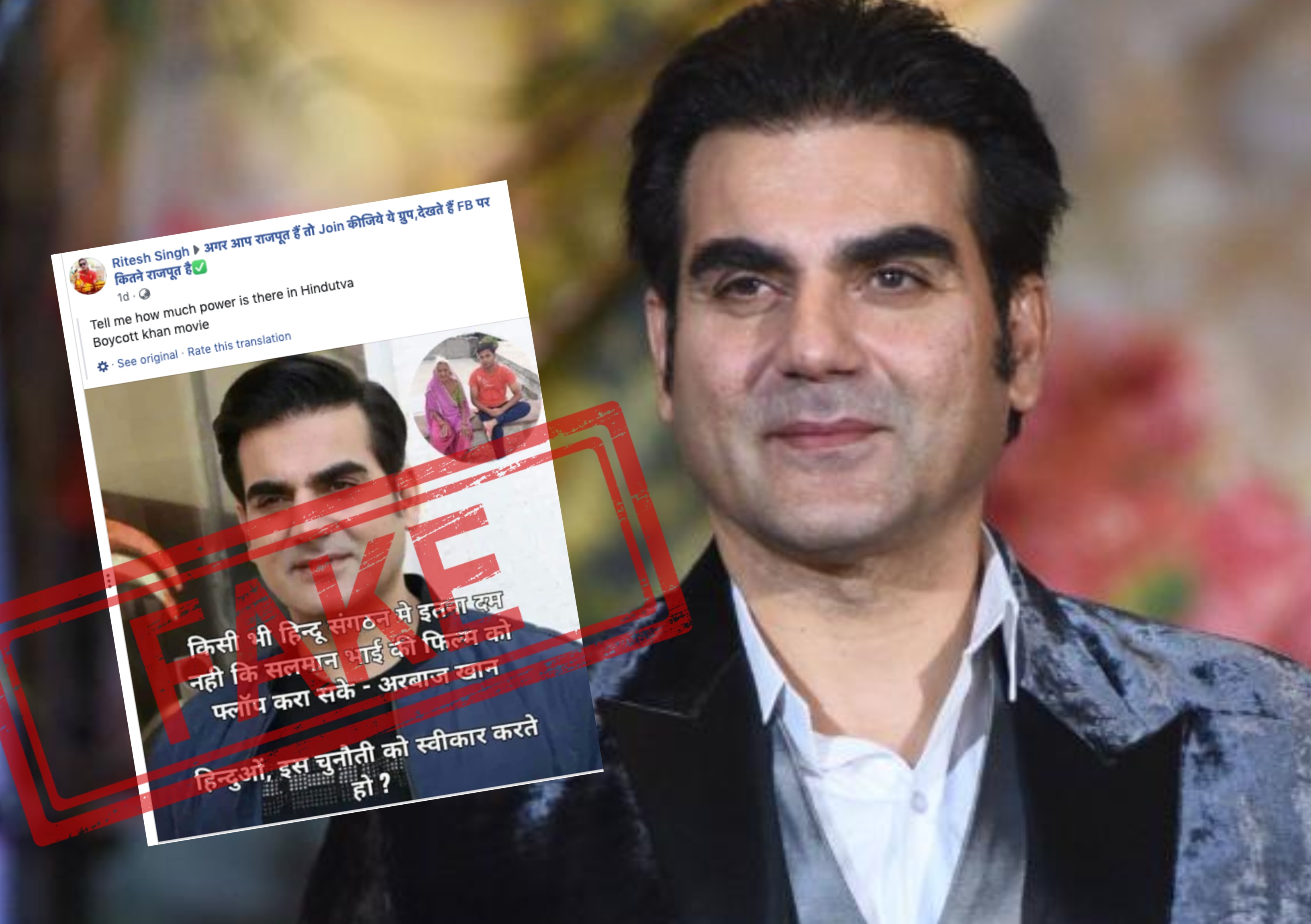 In the middle of the outrage against a section of Bollywood stars in the backdrop of Sushant Singh Rajput’s unnatural death, a quote attributed to actor Arbaaz Khan has surfaced on social media saying that ‘no Hindu organisation has the power to ensure Salman Khan’s movie flops’. 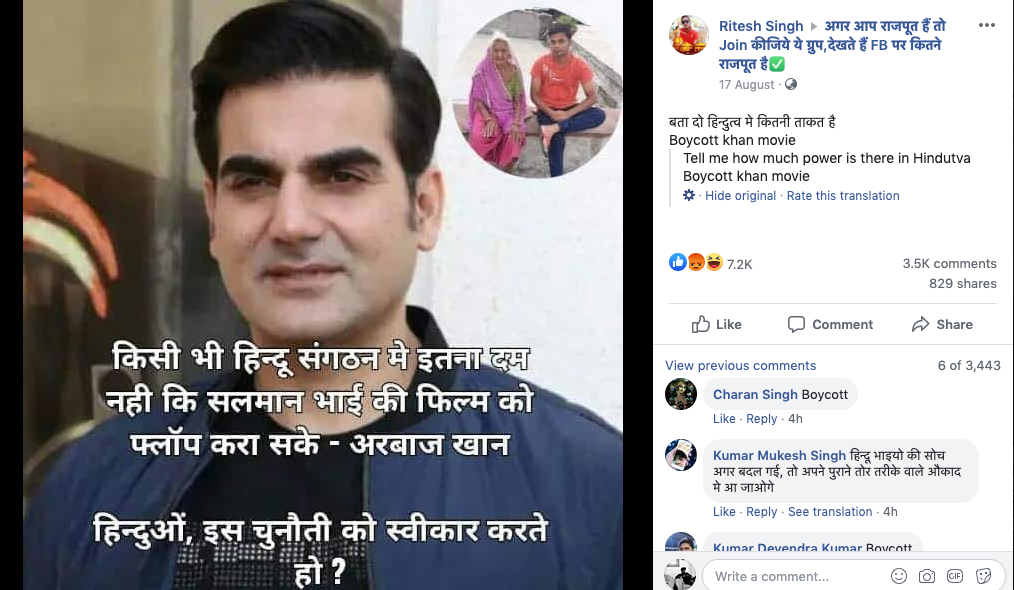 Hindus, do you accept this challenge?”)

The post is going viral and is being shared widely. 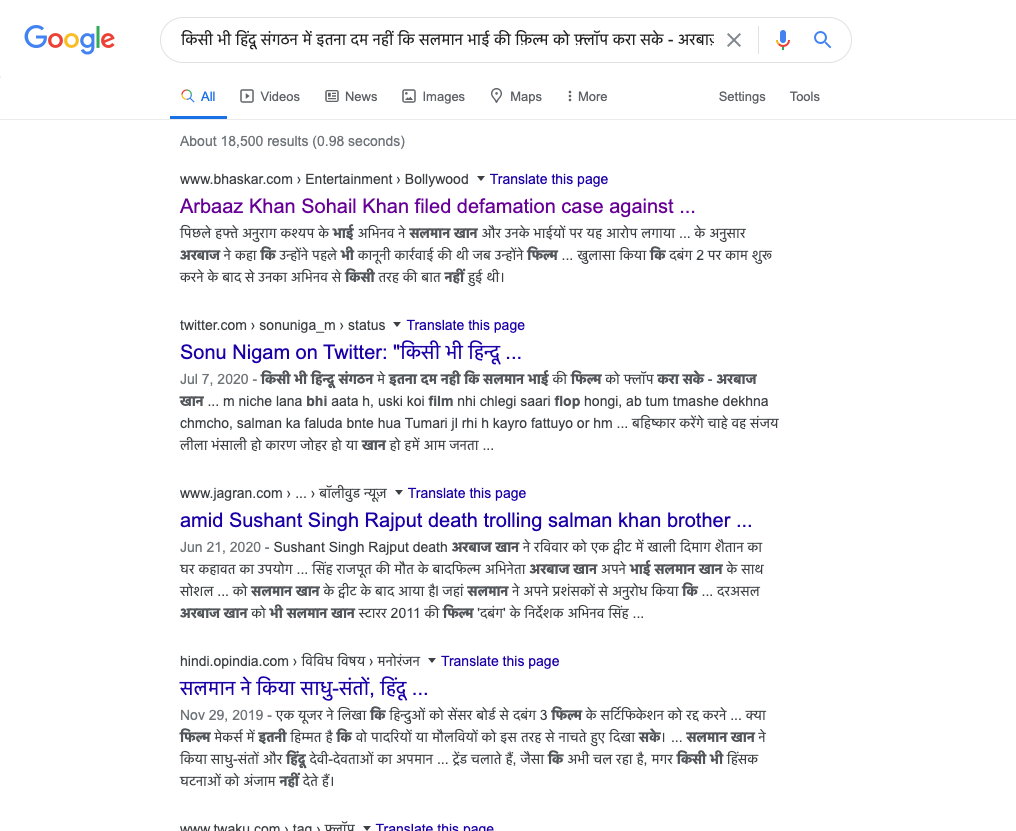 We further scanned through Arbaaz Khan’s official social media handles (Twitter and Instagram), but we did not find any posts resembling the above statement.

Hence, we can conclude that the above statement has been falsely attributed to Salman Khan’s brother Arbaaz Khan.