More than 22 million people have been diagnosed with COVID-19 around the world, and at least 14 million have recovered. Nearly 784,000 people have died, according to data from Johns Hopkins University. 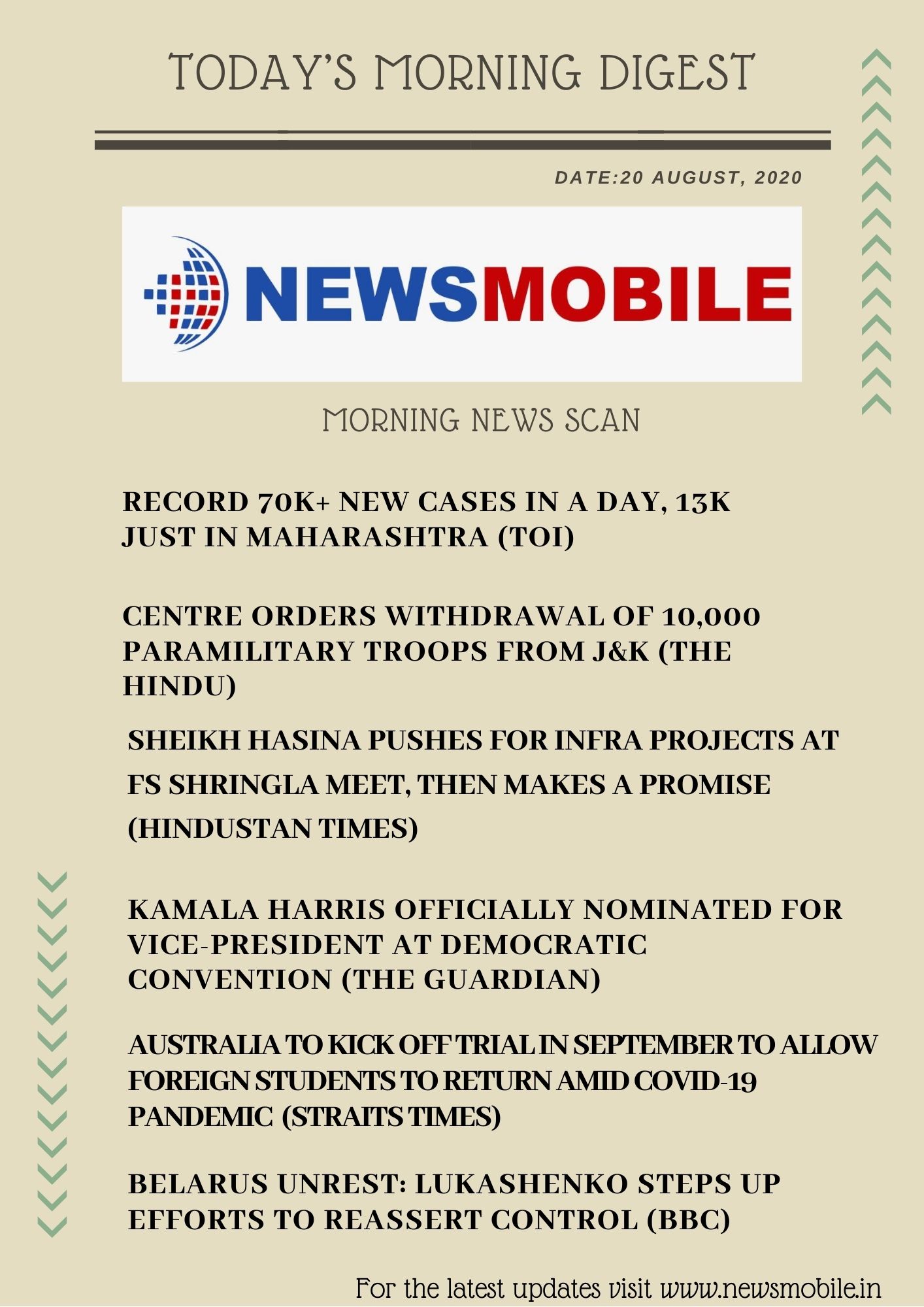 1. China has reported its fourth day in a row without any local transmission of coronavirus. The seven cases announced on Thursday were all imported from overseas, according to state media.

2. China’s state media has come to the defence of a theme park in Wuhan which hosted a massive music festival and pool party over the weekend and raised concern about COVID-19 when pictures and videos were widely shared overseas.

3. The Australian state of Victoria has reported 240 new cases of coronavirus over the past 24 hours, up slightly on the 216 announced on Wednesday.

4. Australian airline Qantas says it had a loss of 1.96 billion Australian dollars ($1.4 billion) in the financial year ended June 30, as a result of restructuring and accounting charges linked to the pandemic.

5. South Korea has reported its seventh consecutive day of triple-digit cases, with the Korea Centers for Disease Control and Prevention confirming 288 cases – 276 locally acquired – in the past 24 hours.

6. Kamala Harris will accuse US President Donald Trump of a “failure of leadership” during the coronavirus pandemic that has cost countless lives and jobs, when she accepts the Democratic Party’s nomination to be their candidate for vice president at the Democratic National Convention on Wednesday night (US time).

7. US President Donald Trump is touting the use of convalescent plasma as a treatment for coronavirus, saying he’s “heard fantastic things” about it.

Trump made his comments after the New York Times reported that the Food and Drug Administration had put on hold emergency approval for the treatment because of concerns the data on plasma use was too weak.

8. Brazil’s Health Ministry says there are signs the coronavirus outbreak in the country – the world’s second-worst – could be about to slow.

9. Indonesia has officially reported 6,346 deaths from COVID-19, the highest toll in Southeast Asia, but Reuters reports that including people who died with acute COVID-19 symptoms but were not tested, the death toll is three times higher.

10. More than 22 million people have been diagnosed with COVID-19 around the world.