Captain cool thanks PM Modi for his words of appreciation | Newsmobile
Saturday, January 28, 2023 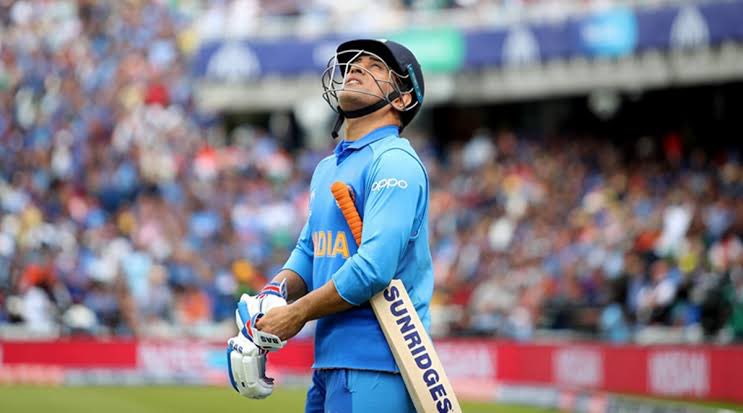 On Thursday, Captain cool, Mahendra Singh Dhoni thanked Prime Minister Modi for expressing gratitude for his contribution towards Indian cricket. The Prime Minister posted a long and emotional message for the former Indian captain, who retired from international cricket on August 15 after 16 years of playing for the Indian cricket team.

PM Modi lauded MSD for his achievements and everything that he has done for the country as well as for the sport. “In your trademark unassuming style you shared a video that was enough to become a passionate discussion point for entire nation. 130 Cr Indians were disappointed but also eternally grateful for all that you have done for Indian cricket.”

Soon after PM Modi shared the letter, Dhoni took to Twitter to respond to the Prime Minister, “An Artist, Soldier and Sportsperson what they crave for is appreciation, that their hard work and sacrifice is getting noticed and appreciated by everyone. Thanks, PM @narendramodi for your appreciation and good wishes.”

An Artist,Soldier and Sportsperson what they crave for is appreciation, that their hard work and sacrifice is getting noticed and appreciated by everyone.thanks PM @narendramodi for your appreciation and good wishes. pic.twitter.com/T0naCT7mO7

Also Read: NewsMobile Explainer: As CBI takes over Sushant death probe, here are the next steps

Dhoni started his international career in late 2004 as a wicketkeeper. MSD went on to become one of India’s most successful captain. He is popularly known as captain cool for his calm and collected approach on the field. He lead India to World Cup triumphs in 2007 (T20) and 2011 (ODI). The Indian team also became the top-ranked Test team in 2009, under Dhoni’s leadership.

Dhoni’s ODI career comes to an end after playing 350 matches and scoring 10,773 runs. Notably, MSD holds the record for most dismissals in T20 internationals with 91 in 98 matches.

Captain cool scored more than 17,000 international runs across formats, including 16 centuries, and more than 800 dismissals as wicketkeeper.