Many streets of Gurugram resembled rivers with heavy water logging being seen on major arterial roads and underpasses after steady showers that started in the morning today. Many commuters were stuck as traffic came to a stop due to waterlogging. 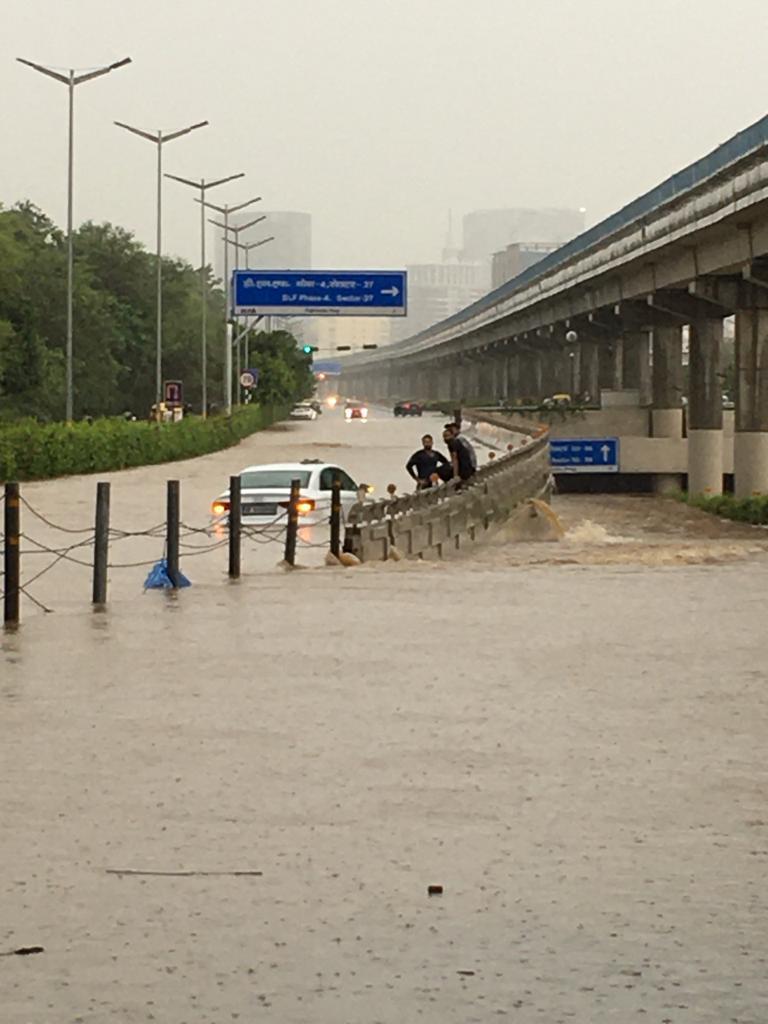 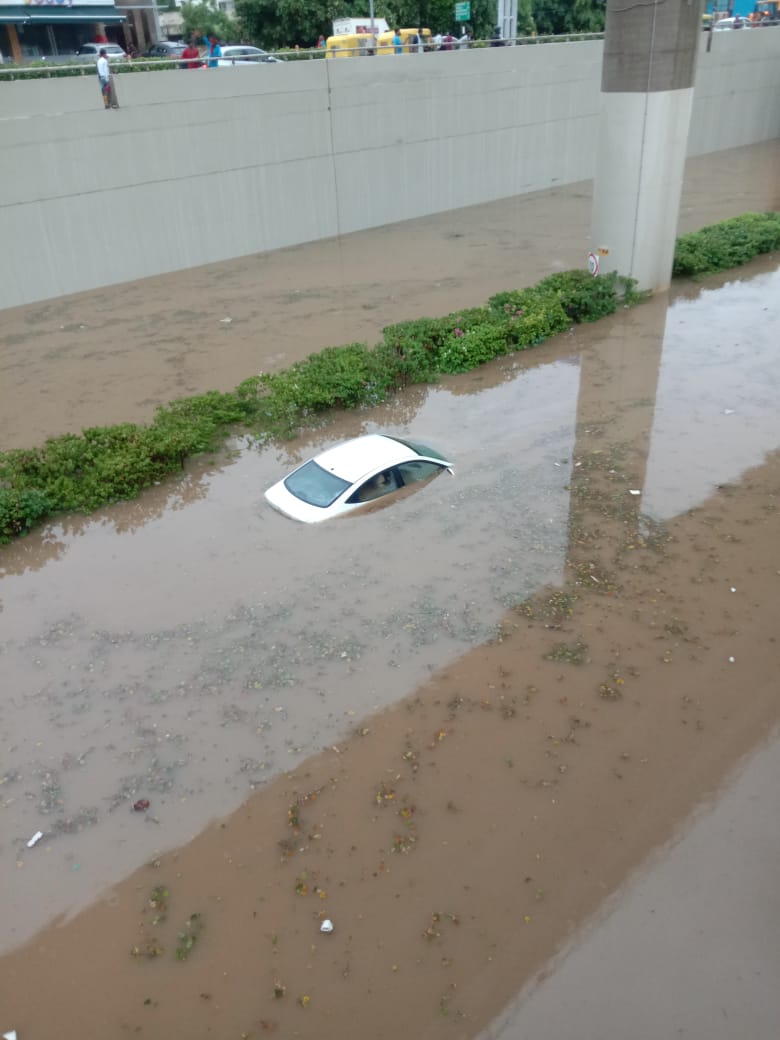 Housing colonies were not spared and residents found their vehicles submerged and had to wade through knee-deep water to get to the main gate.

Over in Delhi strong winds knocked down tree branches and led to a wall collapse in Saket in South Delhi.

There are reports that a house collapsed in Delhi’s Nangloi areas in the morning. Steady rain and strong breeze have brought the temperatures down in Delhi and neighbouring areas. 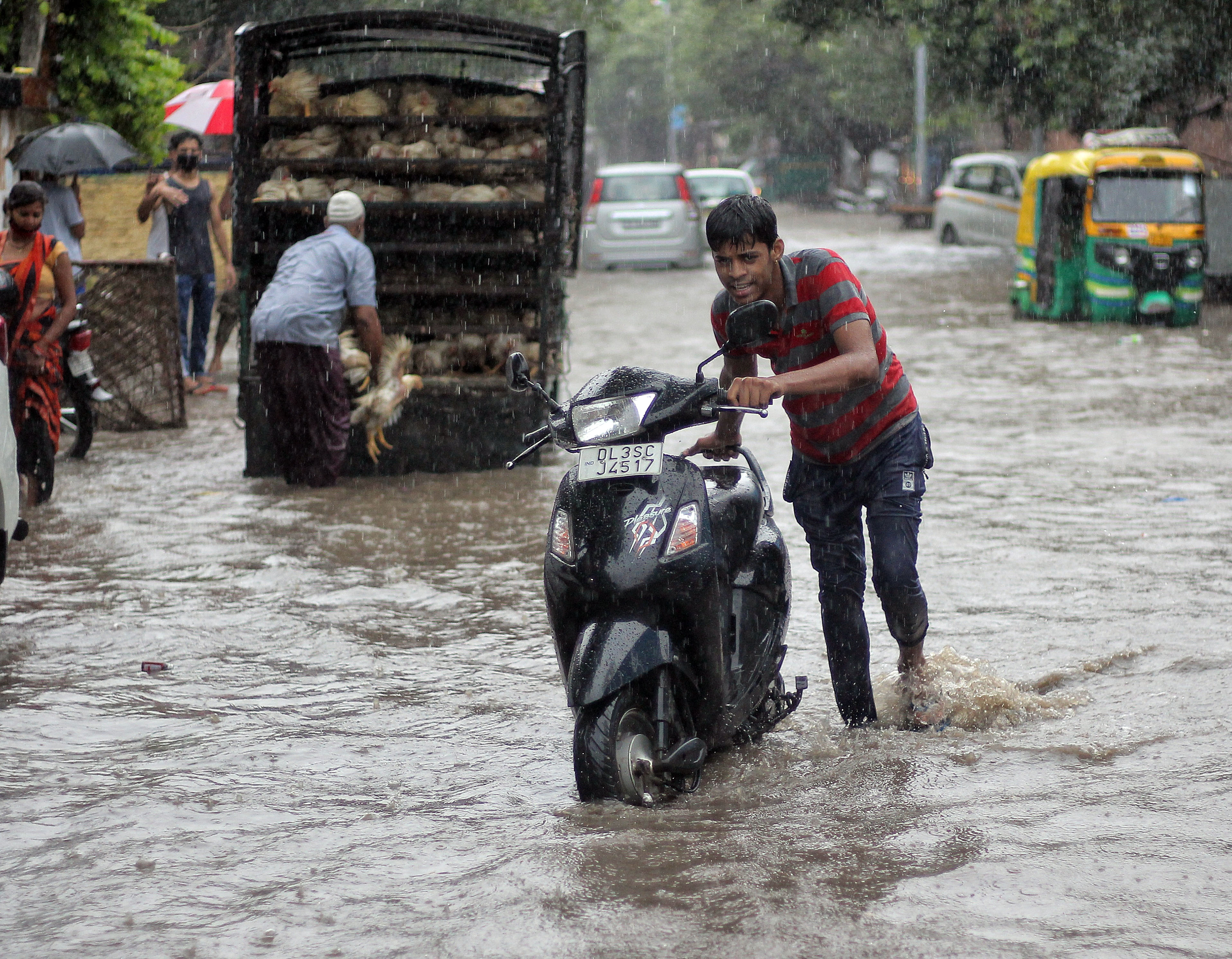 The showers started early morning today and have brought down the temperature in Delhi.

The IMD has predicted rain in Delhi and nearby areas to continue till August 25th.