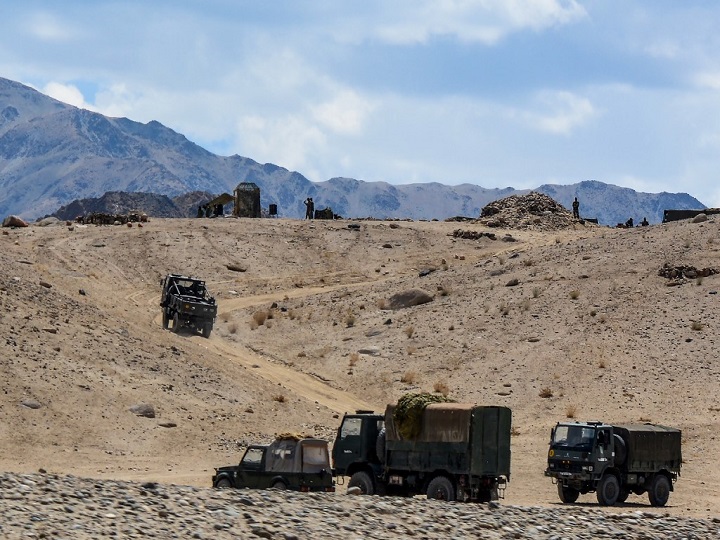 In an effort to rush troops and tanks to the Pakistan and China front in Ladakh without being observed by the enemy, India is working on making a new road from Manali to Leh, which will provide the third link between the high altitude mountainous Union Territory (UT) and the rest of the country.

India is also working on providing alternative connectivity to the strategically important Sub-Sector North including the Daulat Beg Oldi and other areas there for the last three years and work has already started from the world’s highest motorable road Khardung La pass.

The road will save almost three to four hours journey time while travelling from Manali to Leh and will also not leave any scope for the Pakistanis or other adversaries to monitor the movement of the Indian Army while deploying troops and heavy weaponry like tanks and artillery guns to the Ladakh area from other locations, they said.

The route mainly used for transportation of goods and men is the one from Zojila, which passes through Drass-Kargil axis to Leh. The same route was targeted heavily by the Pakistanis during the Kargil war in 1999 and was subjected to frequent bombarding and shelling by their troops from positions in high altitude mountains alongside the road.

Sources said the work has already started on this project and the new road will connect Manali with Leh near Nimu where Prime Minister Narendra Modi had recently visited during the ongoing conflict with China.

Likewise, to provide alternatives to the strategic Durbuk-Shyok-Daulat Beg Oldi road, India is working on further developing the old summer route on which caravans used to reach eastern Ladakh areas from the western side.

The new road will travel from Leh towards Khardungla and then move through glaciers including the Sasoma-Saser La-Shyok and Daulat Beg Oldi axis.

ALSO READ: For the benefit of job seekers, Cabinet approves setting up of National Recruitment Agency

Senior sources said that the 14 Corps was given the responsibility of finding an alternative to the DSDBO road and check the road coming from near the Siachen camp towards the DBO area, and one unit was sent through there on a trial basis.

The Army unit travelled from Sasoma to Saser La in vehicles and the rest of the area on foot, on the route which is full of bones of double-humped camels which were used to ferry cargo, through the very rough Shyok river during the summers. The new route was earlier used by the Army also to maintain the Sub Sector North.