Following the Peace Deal between Israel and the UAE which paves the way for establishment of unhindered diplomatic relations between the two countries, a picture of Burj Khalifa lit up with Israeli flag has started doing the rounds on social media. 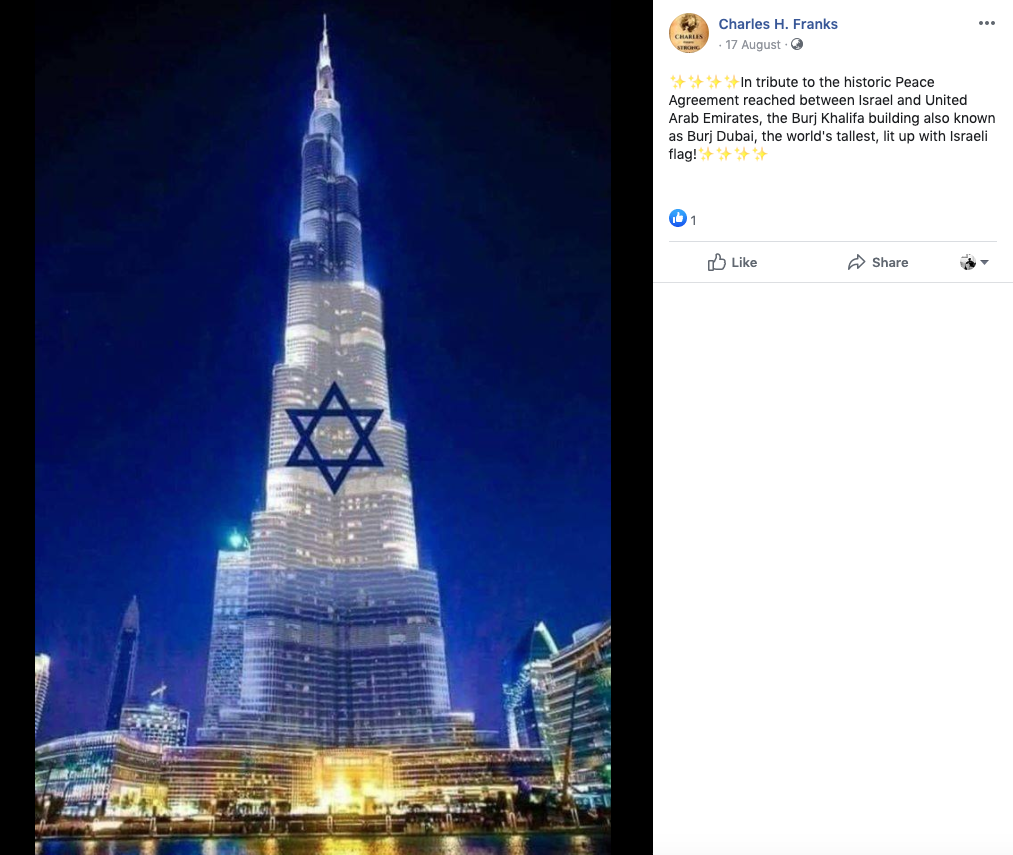 The caption read, “In tribute to the historic Peace Agreement reached between Israel and the United Arab Emirates, the Burj Khalifa building also known as Burj Dubai, the world’s tallest, lit up with Israeli flag!”

Our investigation started with the keyword search ‘Burj Khalifa Latest News’. The search led us to the picture of Burj Khalifa lit up in Indian tricolour in a report by Hindustan Times dated August 16, 2020. The report suggested that it was done to mark 74th Independence Day of India. 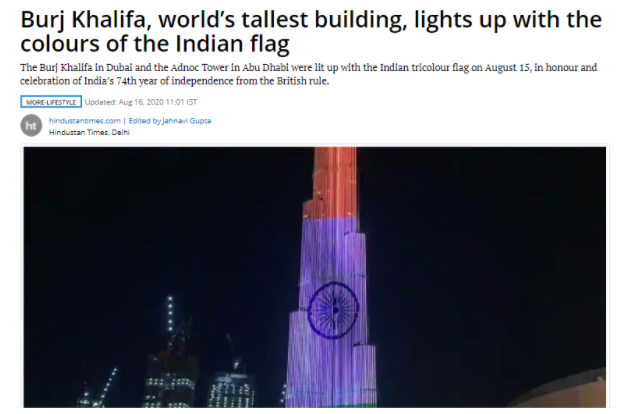 On further scanning, we did not find any report or picture from any credible source suggesting that Burj Khalifa was lit up with the Israeli flag.

On putting the picture through Google Reverse Image Search, we found the original picture on Twitter dated January 29, 2020.

We also found the same picture on Flipboard, in a travel guide that suggested ‘12 Things to do in Dubai’ which was published on October 23, 2020. 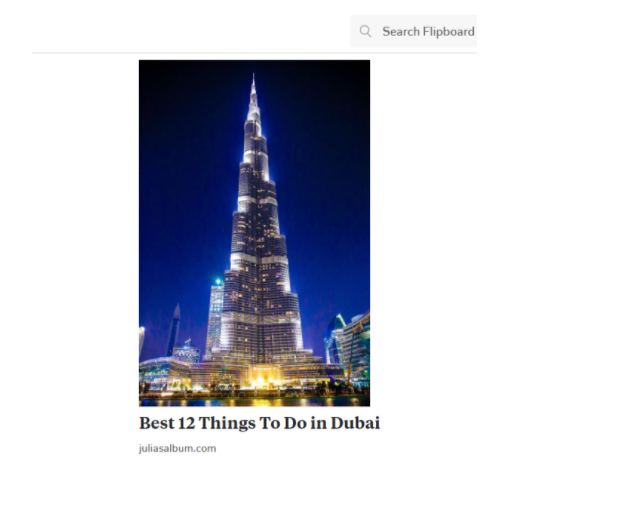 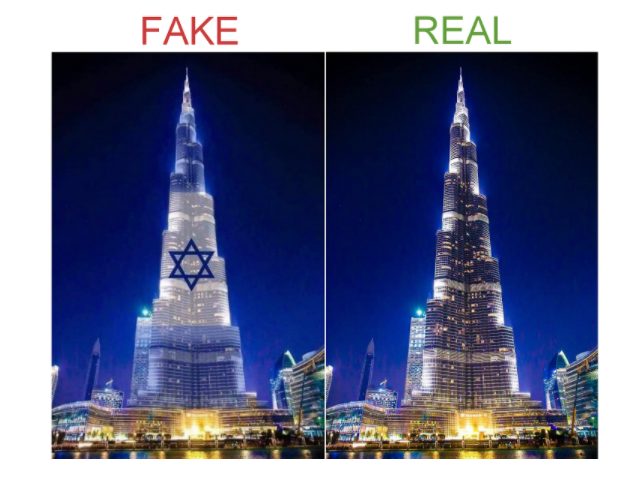 In the above FAKE vs REAL collage, we can clearly see that the original picture was  manipulated using photo editing software.

In conclusion, the above information proves that Burj Khalifa in Dubai was not lit up with the Israeli flag. Therefore, the picture in question is morphed.