Days after former Indian skipper MS Dhoni announced retirement from international cricket, a post has surfaced on the internet claiming that Dhoni was exited from the team as he had denied campaigning for BJP during assembly polls in Jharkhand in 2019. 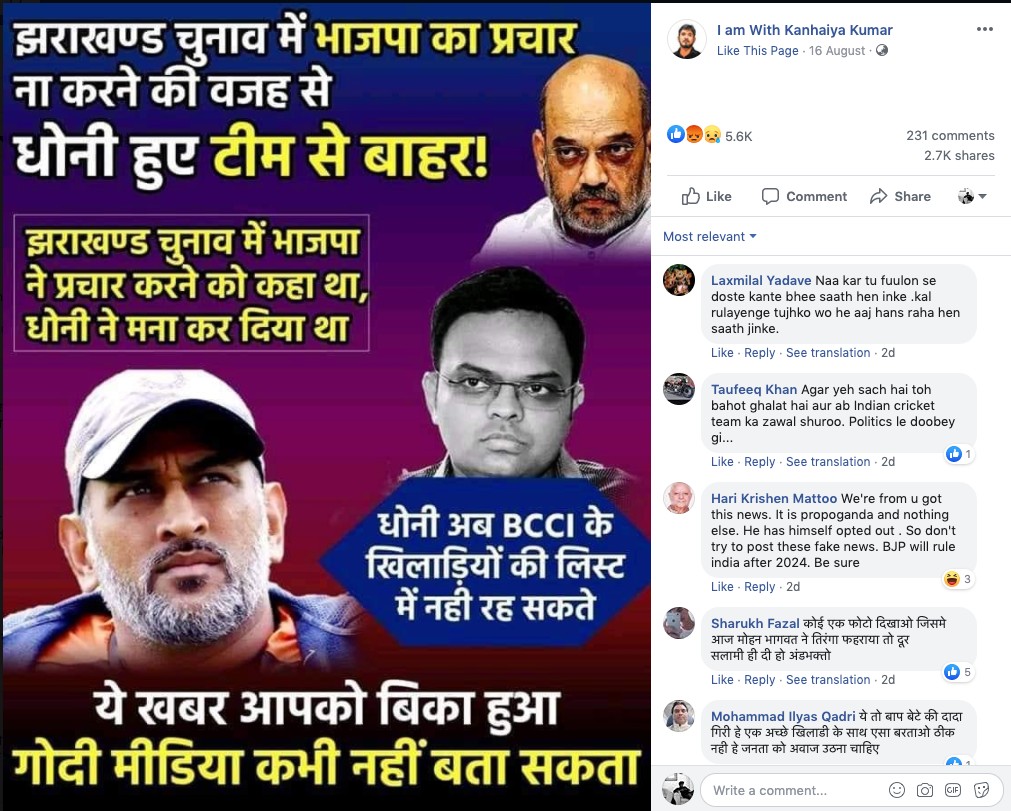 NewsMobile fact checked the above post and found it to be false.

We started our investigation by running a search with keywords such as ‘MS Dhoni’, ‘Campaign’, ‘BJP’, ‘Jharkhand’, ‘Elections’. The search led us to several reports dated July 2019 suggesting Dhoni ‘likely’ to be BJP’s mascot in Jharkhand assembly polls. 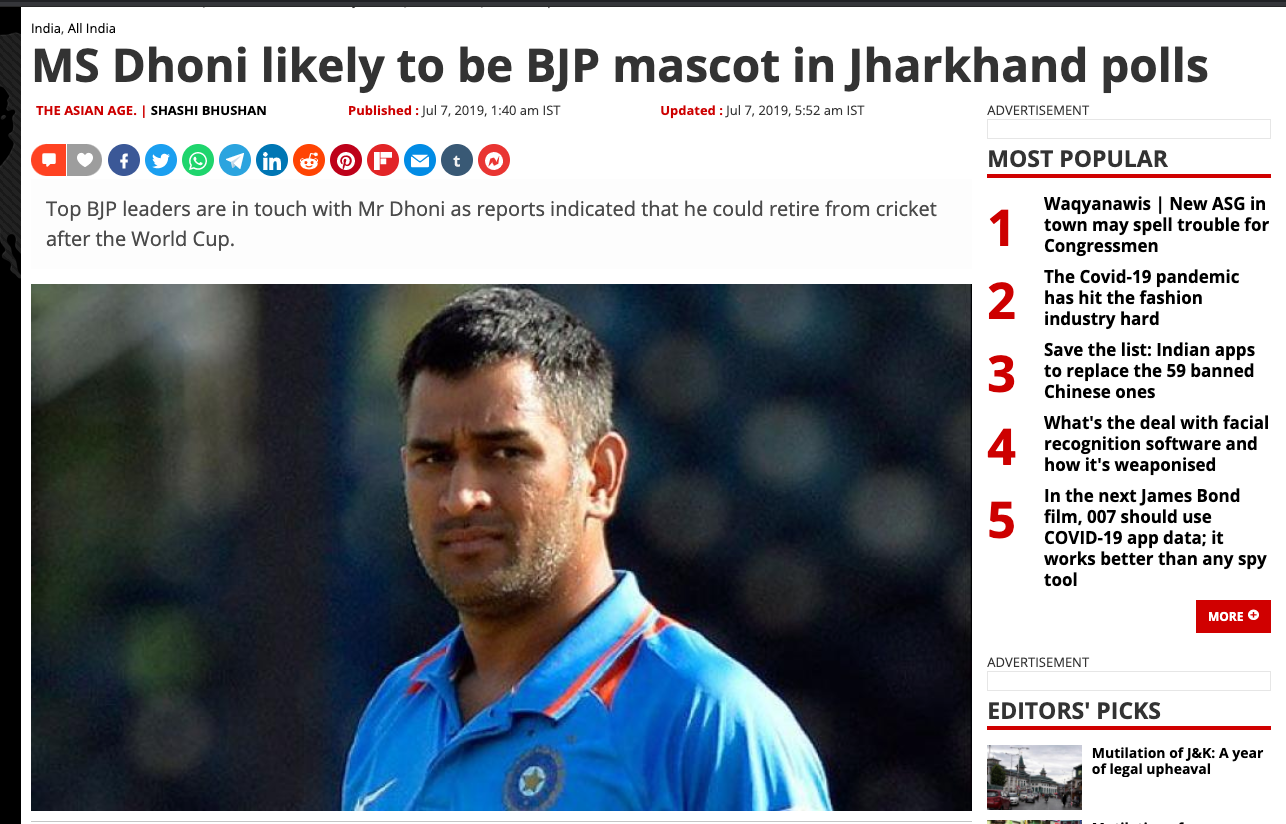 Another such report can be seen here.

However, there was no official word either from the Bharatiya Janata Party (BJP) or MS Dhoni himself.

Moreover, there has been no comment by MS Dhoni about him not being in the team as he did not campaign for BJP.

Hence, the above claims are baseless and false.