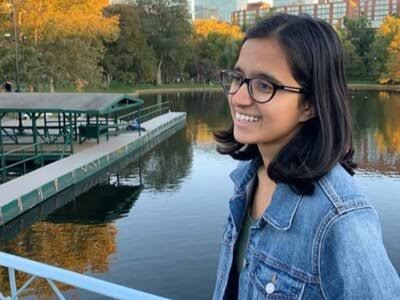 Hailing from Greater Noida’s Dadri district in Uttar Pradesh, 19-year-old Sudeeksha had secured 98 per cent in the CBSE examinations and was pursuing entrepreneurship studies in Babson College in Massachusetts on a scholarship of Rs 3.8 crore.  Back home since March, she died in a road accident on Tuesday when they were heading to a relative’s place in Aurangabad while she was riding pillion behind her cousin.

As per, two men — Deepak Chaudhary and Raju — were riding the Bullet that stopped in front of Bhati’s vehicle, causing it to skid. The girl’s family had also accused the two men of harassed her and driving in a zigzag manner, but police are yet to corroborate these claims.

The two accused were arrested from Bhood area in Bulandshahr. A police officer said, “When we seized the motorcycle, we found several changes. We already had images of the Bullet from the CCTV grabs. The accused, when questioned, admitted that some parts of the motorcycle had been modified.”

SSP further added, “As per CCTV footage, at no point does the accused’s vehicle cross the bike Bhati was on.”

He further added that one of the accused claimed that there was an animal cart ahead of their bike because of which a tempo abruptly stopped, which in turn forced them to pull the brake.

However, the victim’s father, Jitendra Bhati, stuck to his allegations that the accused had harassed Bhati prior to the mishap.