Home Cityscape ‘Back to college’ for Jharkhand HRD minister; restarts education after 25 years 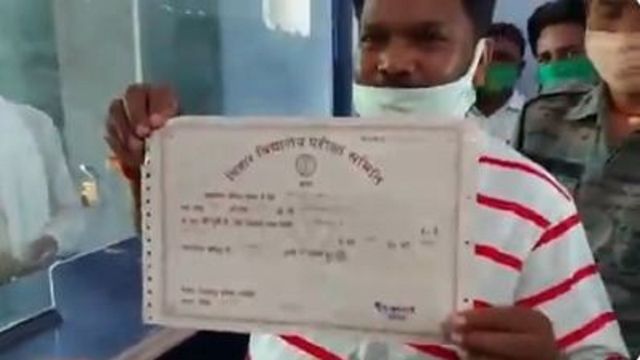 He said that due to his incomplete education, he had to face a lot of criticism from the common people as well as other elected members as he was given the position of HRD minister.

“Constant criticism inspired me to restart my pending education. Ever since I was made education minister of Jharkhand, a section of people has been aggressive on my educational qualification. Then, I decided to begin my studies again,” the minister said.

He proudly said, “I will now carry on my education along with the education department.” The minister said that he will continue his secondary education in the Arts stream and will study political science as he is a politician, and the rest of the subjects he will decide soon.

The minister is an MLA from Dumri constituency from Giridih district. On being asked how he will strike a balance between the ministry and regular classes, he replied “Let me get the admission, first. I have just applied for admission today. If my application falls under rules, I will get admission. Thereafter, I will think about striking a balance.”

The minister reiterated his old dream of pursuing higher education, which he will be going to pursue now. Talking about it, he said that his primary goal would be to clear the intermediate examinations with flying colours.

Apart from Mahto,  there are four more ministers in Jharkhand cabinet holding important ministries but with low educational qualifications.

According to the report, Association for Democratic Reforms, these leaders are – Banna Gupta, Health Minister, Champai Soren, Transport Minister, Joba Manjhi, Social welfare minister, and Satyanand Bhokta, Labor minister, have declared their education qualification to be Class-10 pass in their affidavits for assembly polls of 2019.