Fact Check: This video of vehicles wading through potholes on flooded roads is not from Mumbai | Newsmobile
Monday, June 20, 2022 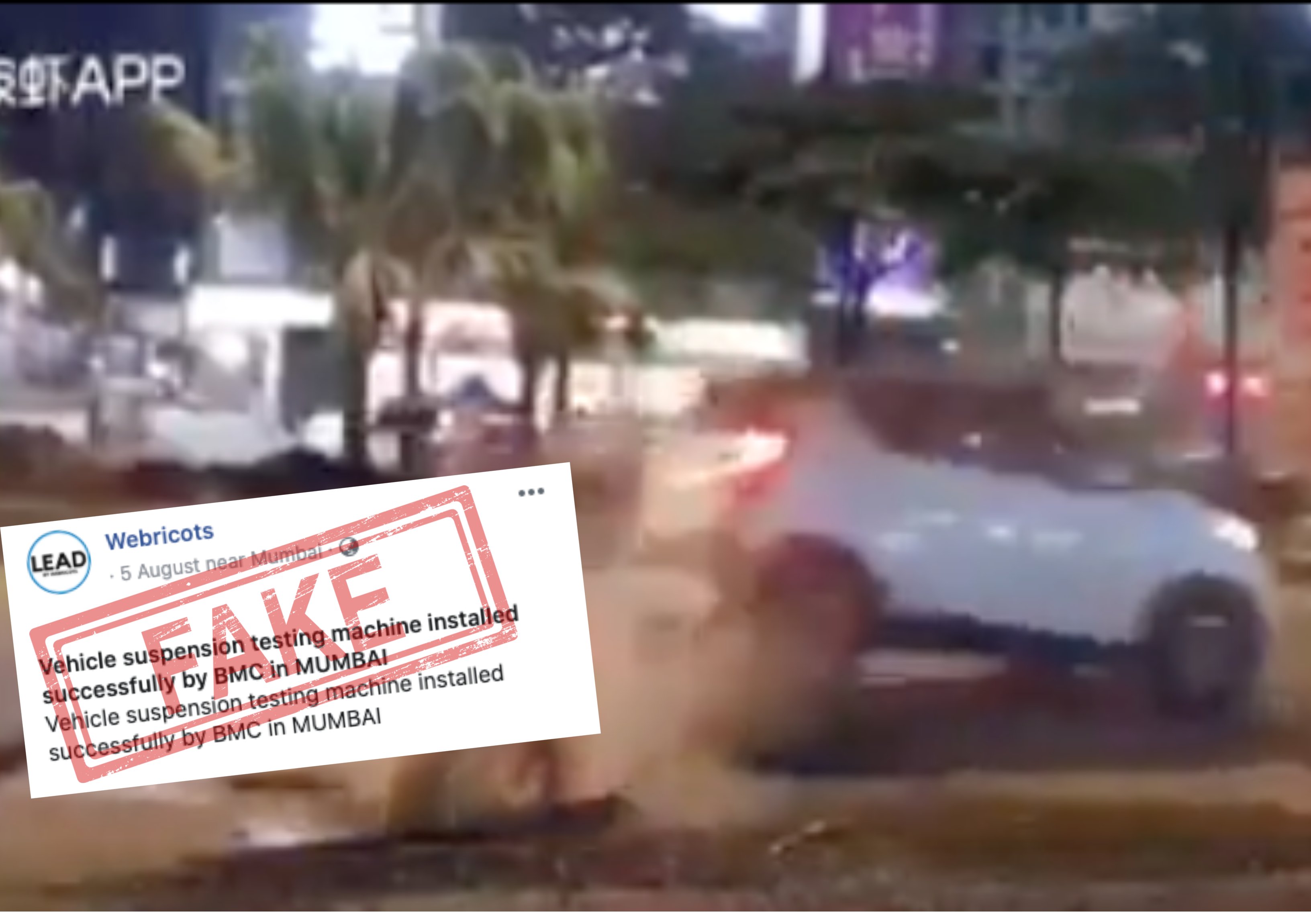 A video has been going viral on social media showing ‘vehicle suspension testing’ courtesy potholes on flooded roads. It is being claimed that the video is from Mumbai. 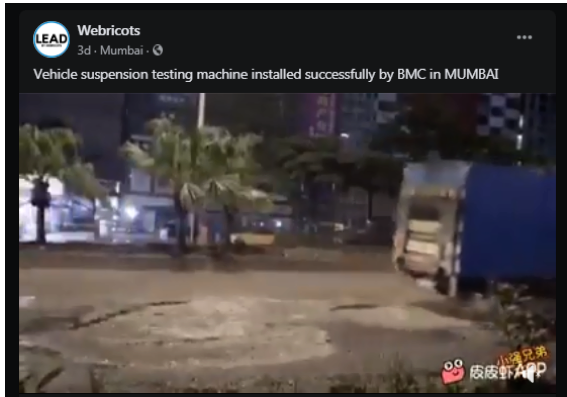 The caption on the posts read: “Vehicle suspension testing machine successfully installed by BMC in Mumbai!”

ALSO READ: Picture of 2015 Tianjin explosion being shared as recent…

NewsMobile fact checked the above claims and found them to be false. The first red flag was a billboard in the video which was written in a foreign language. 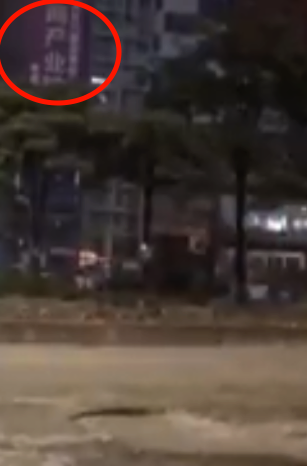 We then took keyframes from the video and searched them through the Google Reverse Image Search. We came across several websites with similar-looking characters as the billboard. When we input them in Google translate, the result was shown as Chinese.

So, we Googled ‘China roads potholes’ and came across the same video by World News Today on YouTube from July 2020. It was the exact video and had no mention of Mumbai.

Additionally, we also Googled the logo in the bottom right of the video and it translated from Chinese to “Brother Xiaoqiang 123”.

Hence, it is clear that the video does not in anyway show Mumbai roads.