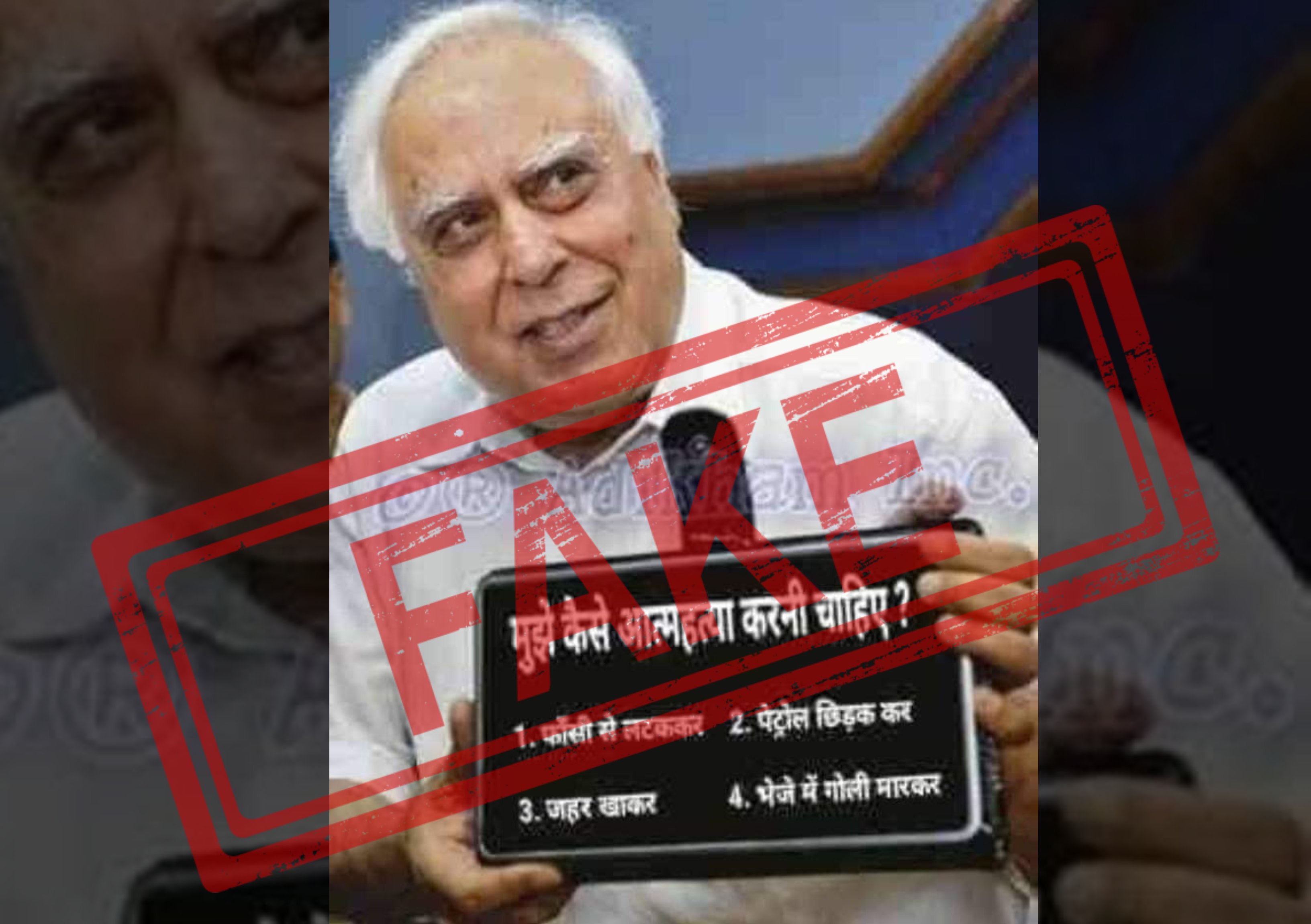 Following the foundation stone laying ceremony of Ram Mandir in Ayodhya, a picture of Congress leader Kapil Sibal has surfaced on the internet in which he can be seen holding a placard with the text in Hindi. 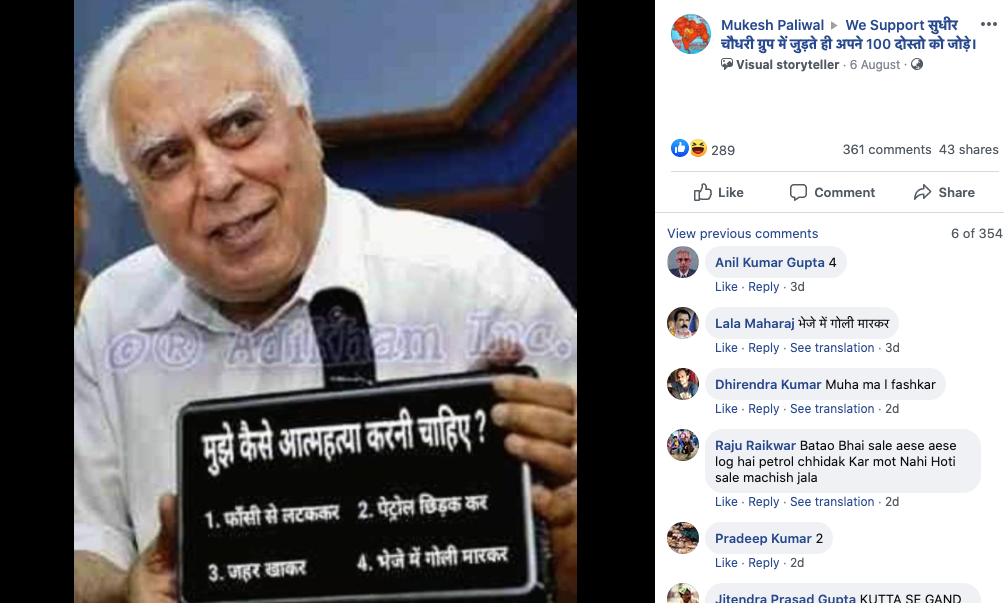 (Translation: “How should I commit suicide?”)

The above picture with the text in the placard is being shared in the backdrop of bhoomi pujan of Ram Mandir at Ayodhya.

On putting the picture through Reverse Image Search, we came across an article by Forbes India which featured the original image. 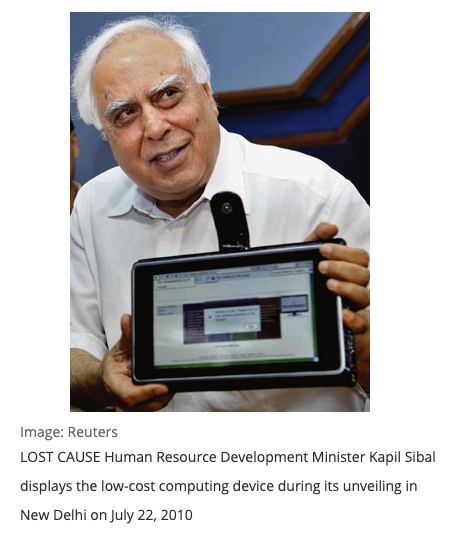 According to the caption, the above picture was taken on July 22, 2010, when then HRD Minister, Kapil Sibal unveiled the low-cost Aakash Tablet. The picture was clicked by Reuters.

Since, the above picture was credited to Reuters, on scanning further, we found an article dated July 23, 2010, on the official website of newswire Reuters about the unveiling of the Aakash Tablet on July 22, 2010. 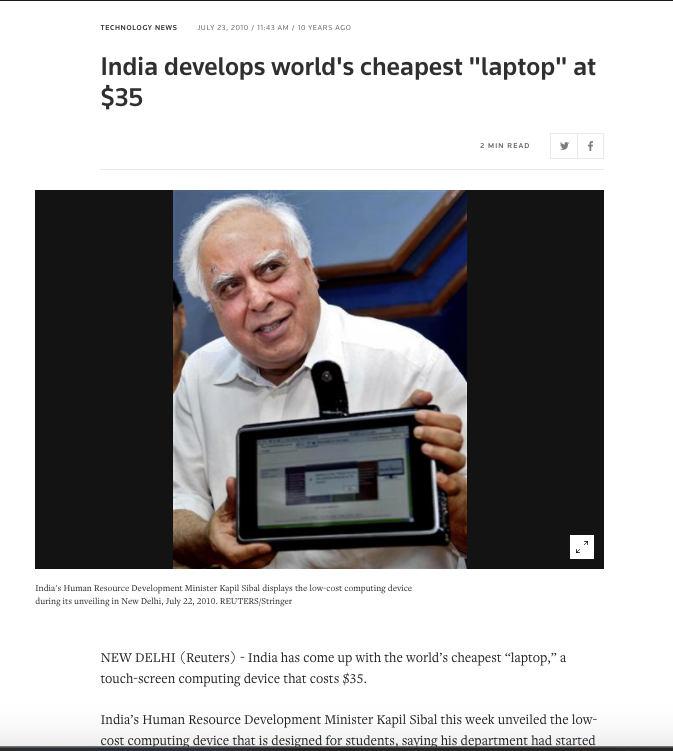 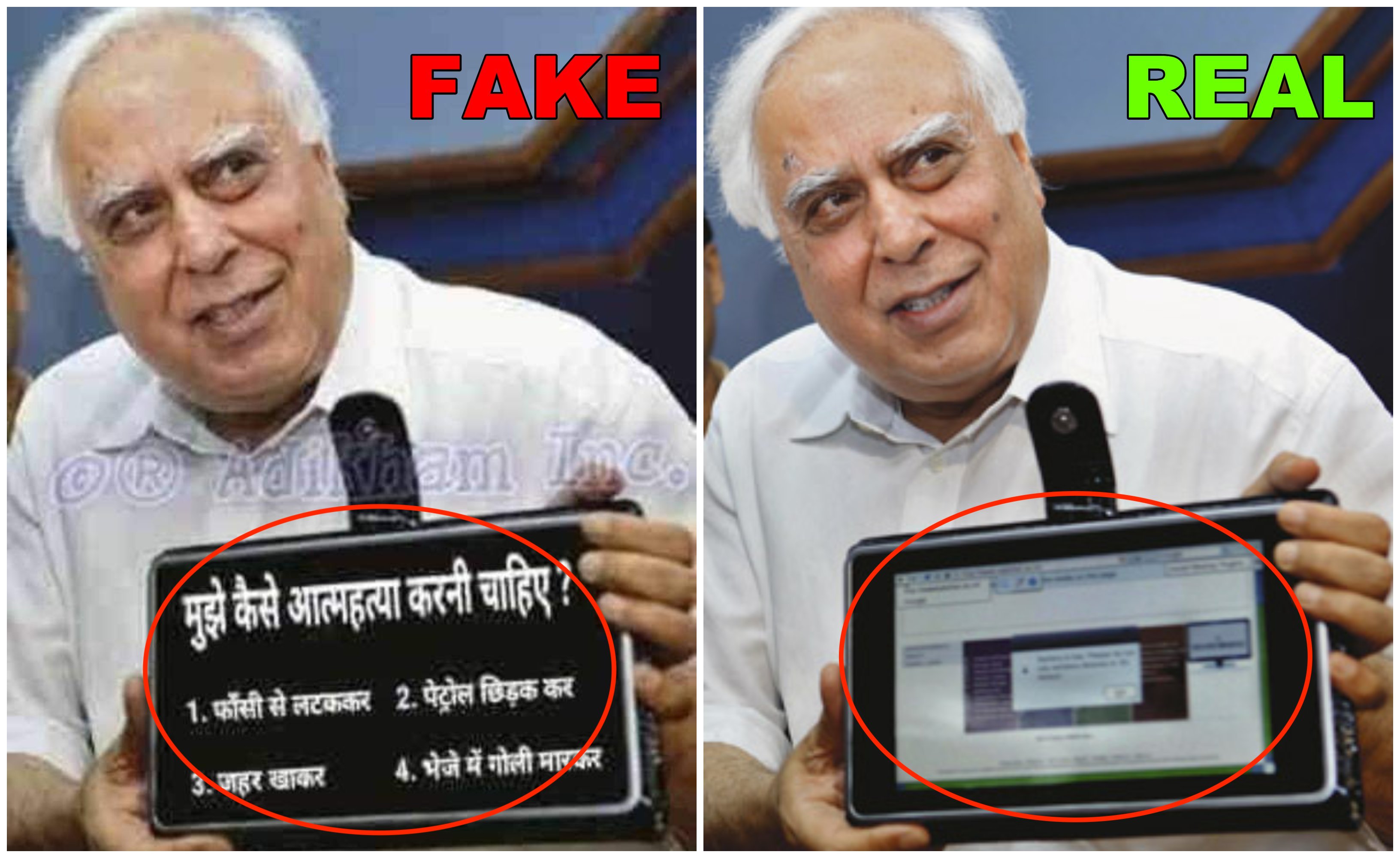 It is clear in the above FAKE vs REAL collage that the original picture has been manipulated using photo editing software.