Home Home Slider Air India Express flight with 190 on board skids off runway at... 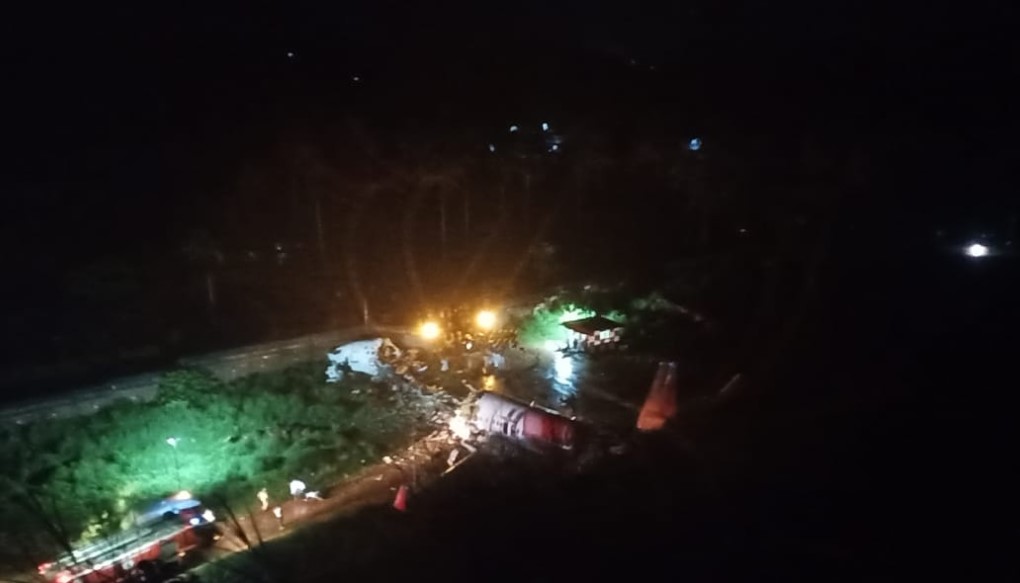 According to reports, at least 16 persons, including a pilot, have been killed and while around 40 persons have been seriously injured.

There were total 174 passengers, including 10 infants and seven crew members, including two pilots, onboard Dubai-Kozhikode Air India flight (IX-1344) that skidded during landing at Karipur Airport around 7.45 pm, Air India Express said.

Malappuram collector has informed that rescue operations at site have been completed. All have been transferred to hospitals in Malappuram & Kozhikode:Kerala CM

The flight was part of the Vande Bharat programme that has been bringing back Indians from abroad amid the coronavirus pandemic. The incident took place amid very heavy rainfall in the area.

Rescue operations are underway. Injured people are being taken to the hospital, reports said. Directorate General of Civil Aviation (DGCA) has ordered a detailed inquiry into the matter.

The aviation regulator said that a Dubai-Kozhikode Air India Express flight fell down into the valley after landing at Runway 10 of Karipur Airport and broke down in two pieces. There were 191 people on board. Visibility was 2000 meter at the time of landing.

“Have instructed Police and Fire Force to take urgent action in the wake of the plane crash at the Kozhikode International airport (CCJ) in Karipur. Have also directed the officials to make necessary arrangements for rescue and medical support,” Kerala CM Pinarayi Vijayan has said.

Deeply distressed to hear about the tragic plane crash of Air India Express flight at Kozhikode, Kerala. Spoke to @KeralaGovernor Shri Arif Mohammed Khan and inquired about the situation. Thoughts and prayers with affected passengers, crew members and their families.

Pained by the plane accident in Kozhikode. My thoughts are with those who lost their loved ones. May the injured recover at the earliest. Spoke to Kerala CM @vijayanpinarayi Ji regarding the situation. Authorities are at the spot, providing all assistance to the affected.

Shocked at the devastating news of the plane mishap in Kozhikode. Deepest condolences to the friends and family of those who died in this accident. Prayers for the speedy recovery of the injured.

Deeply distressed to hear about the Air India Express tragedy at Kozhikode. Prayers are with the bereaved families and those injured. We are ascertaining further details.

We are in touch with local authorities. State police have reported 11 deaths. Relief teams from Air India & AAI are being immediately dispatched from Delhi & Mumbai. All efforts being made to help passengers.

A formal enquiry will be conducted by AAIB.

Kerala: Visuals from outside Karipur Airport.

We are deeply saddened by the tragedy of Air India Express Flight No IX 1344 at Kozhikode.