Prime Minister Narendra Modi on August 5, 2020, inaugurated the construction of the much-awaited Ram temple in a grand Bhoomi pooja ceremony in Ayodhya.

Meanwhile, a post has started making rounds on social media with a claim that Bollywood star Shah Rukh Khan will be donating Rs 5 crore to Ram Mandir trust.

The posts claim that the announcement was reported by Dainik Bhaskar and E-24 Bollywood News. 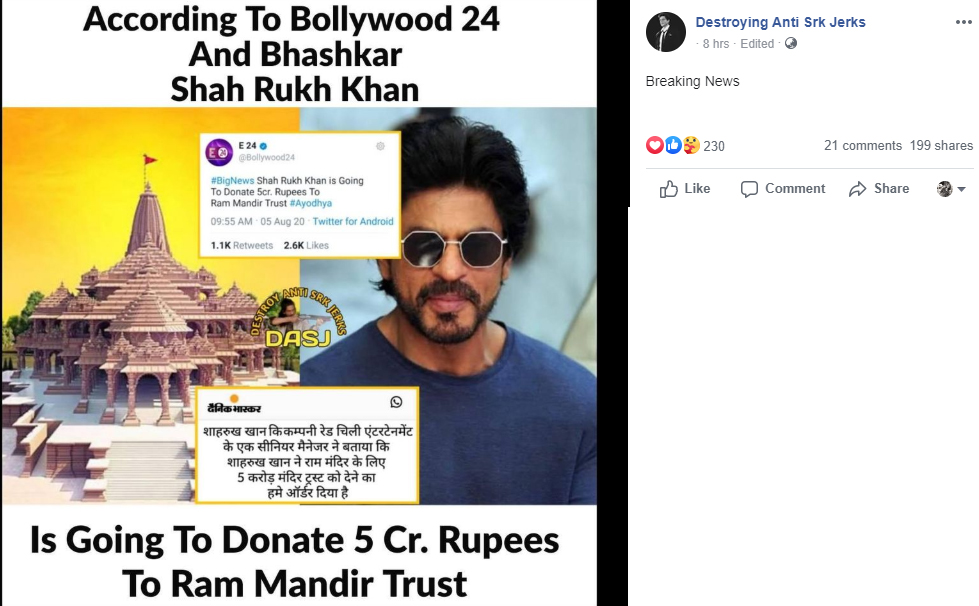 Since the post mentioned Dainik Bhaskar and E-24 Bollywood News as its source, we decided to check their website and social media platforms for the original report. 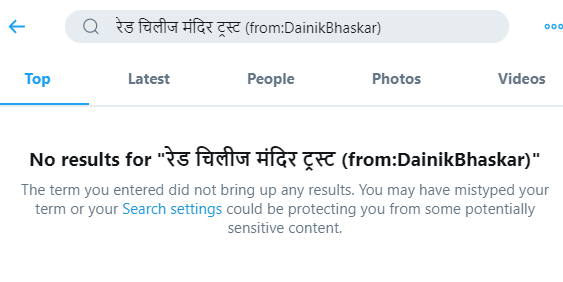 Moreover, we found that the Twitter handle mentioned in the post (@Bollywood24) is not the official handle of E-24 Bollywood News. 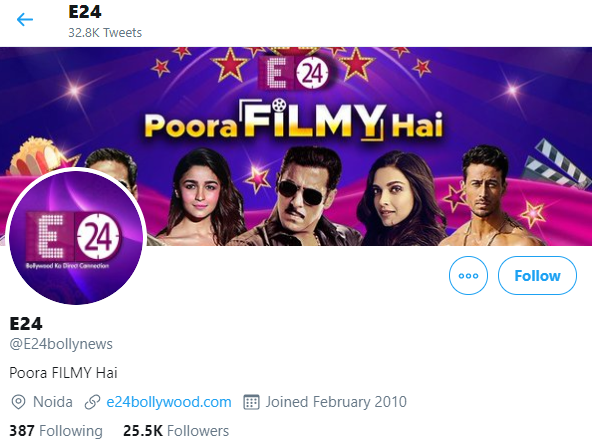 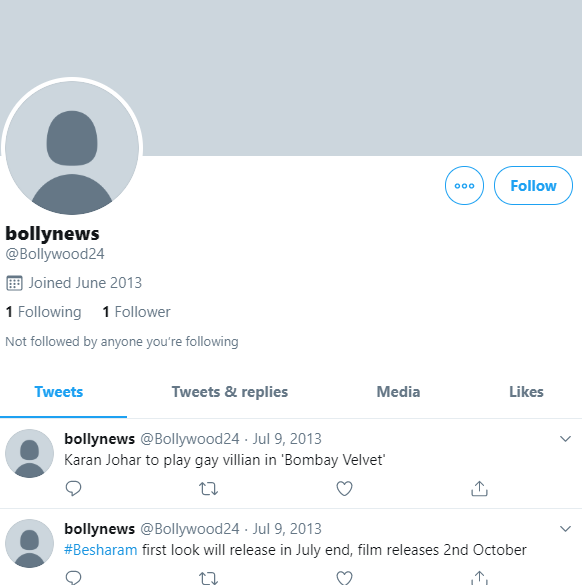 We also searched the social media account of Red Chillies Entertainment and Shah Rukh Khan but did not find any such announcements. Nor, did we we find any credible news reports to support the claim.

Hence, based on the above information, it is clear that the post in question is fake.