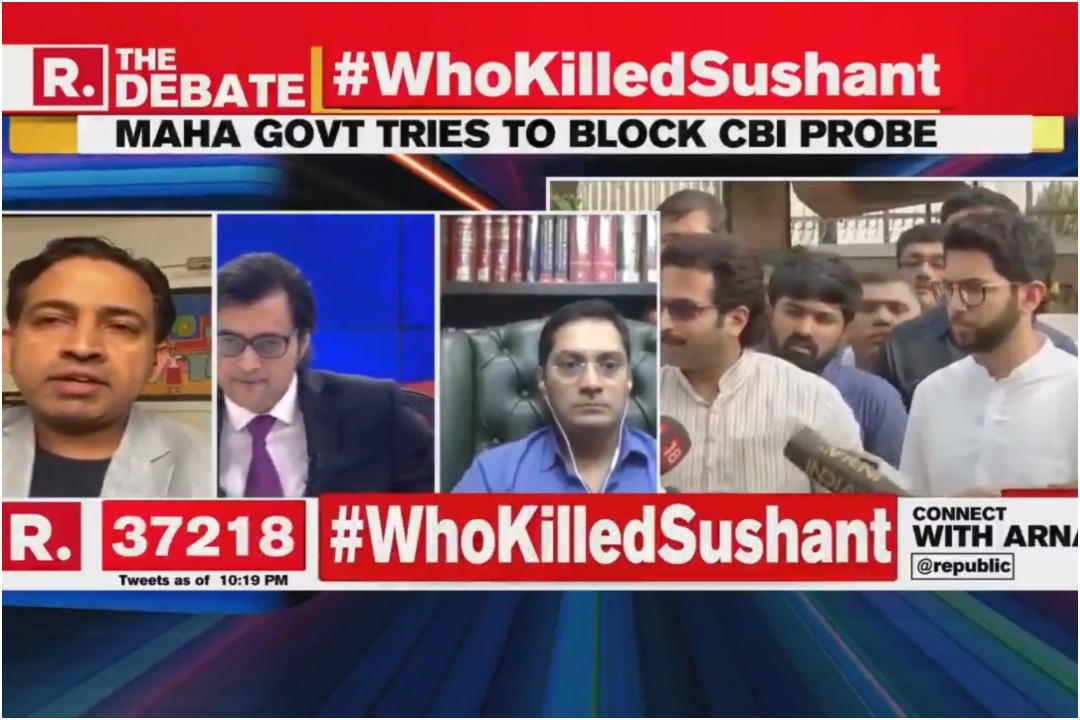 Everybody wants justice for Sushant, Aaditya Thackeray should be supporting the CBI probe in the case, NewsMobile Editor-in-Chief Saurabh Shukla said on Tuesday.

#WATCH | Everybody wants justice for Sushant, Aaditya Thackeray should be supporting the CBI probe in the case:
Saurabh Shukla, Editor in Chief, NewsMobile

Posted by NewsMobile on Tuesday, 4 August 2020

Speaking on a debate show on Republic TV, he said: It’s naive on the part of Aaditya Thackeray to get into this entire narrative. He’s a young politician, he should see what the pattern is on social media–everybody wants justice for Sushant.

The actor, known for his work in films like Chhichhore, MS Dhoni The Untold Story, Detective Byomkesh Bakshy, was 34. Mumbai Police has been investigating the case.