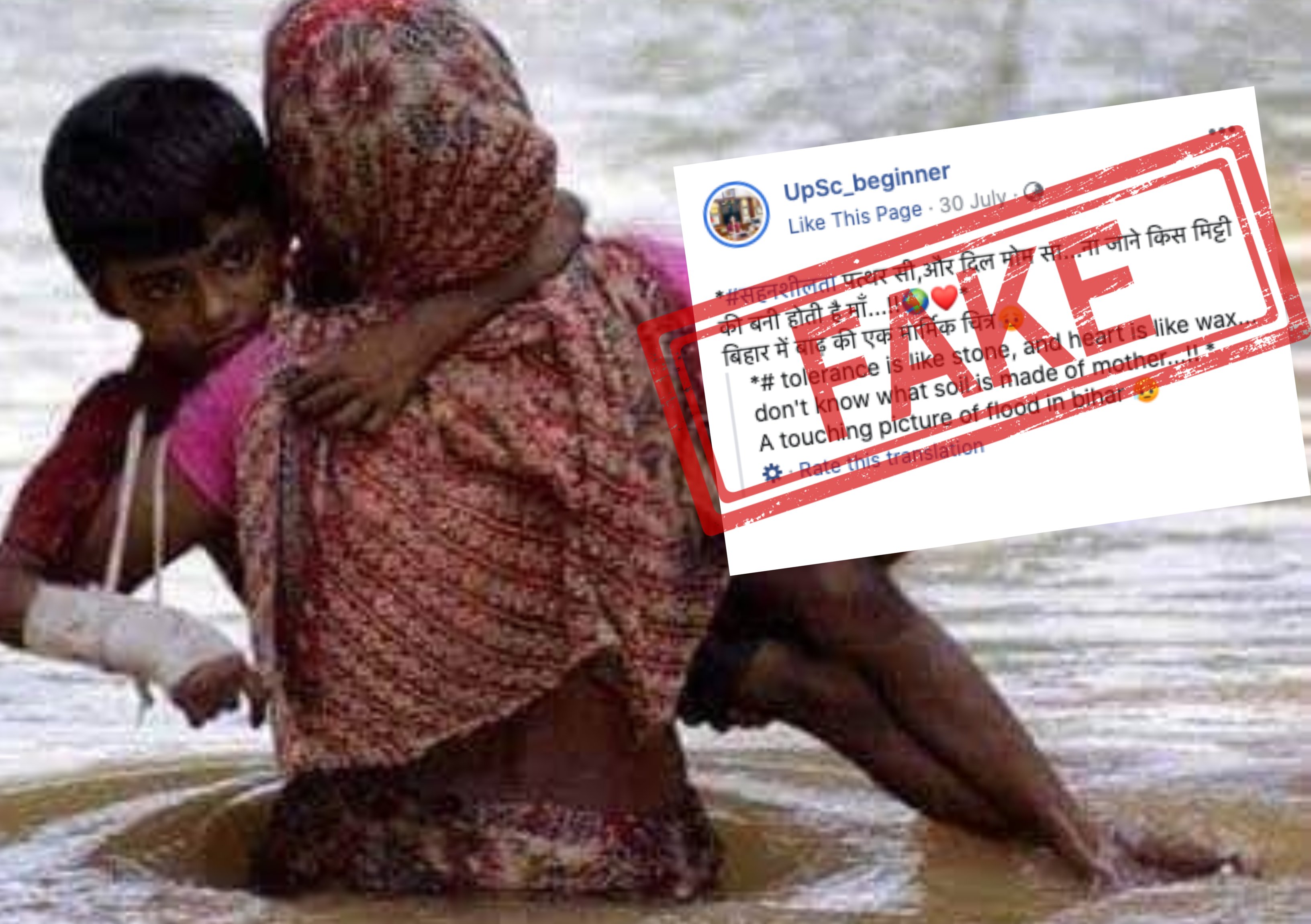 Following heavy rain in the state of Bihar, a picture is doing the rounds on social media in which a woman can be seen carrying an injured boy in waist-high water. It is being claimed that the picture was taken recently in Bihar. 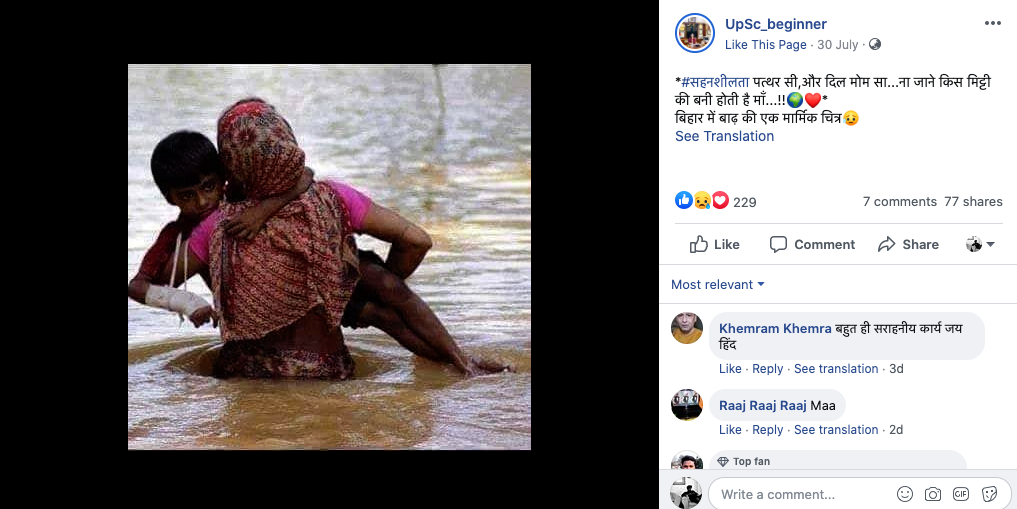 (Translation: tolerance is like stone, and the heart is like wax… don’t know which soil is the mother made of…!! *
A touching picture of flood in Bihar)

NewsMobile fact-checked the above post and found that the claim attached with the picture is false.

On putting the picture through Reverse Image Search we found the same picture in an article by the Speakingtree. 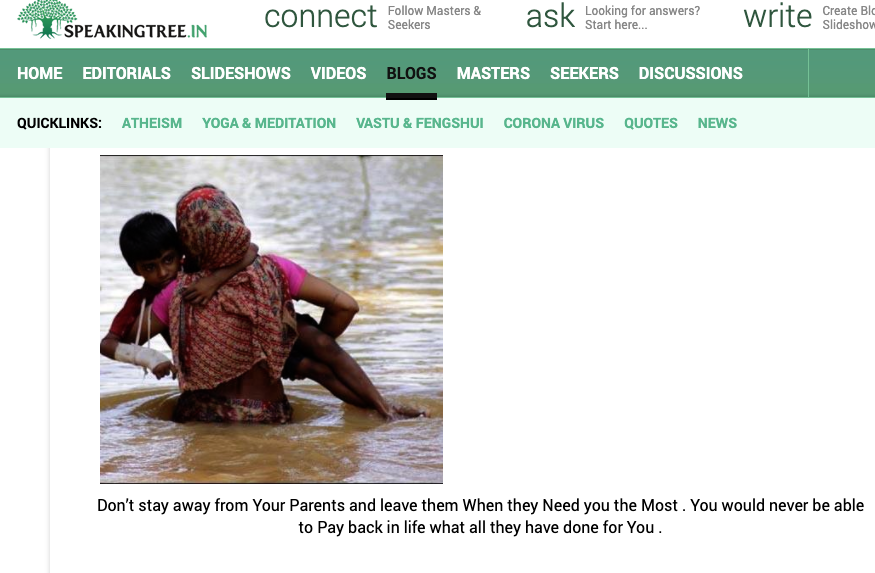 Taking our investigation further, we found another picture of the same moment in a picture gallery by Hindustan Times dated September 26, 2011. 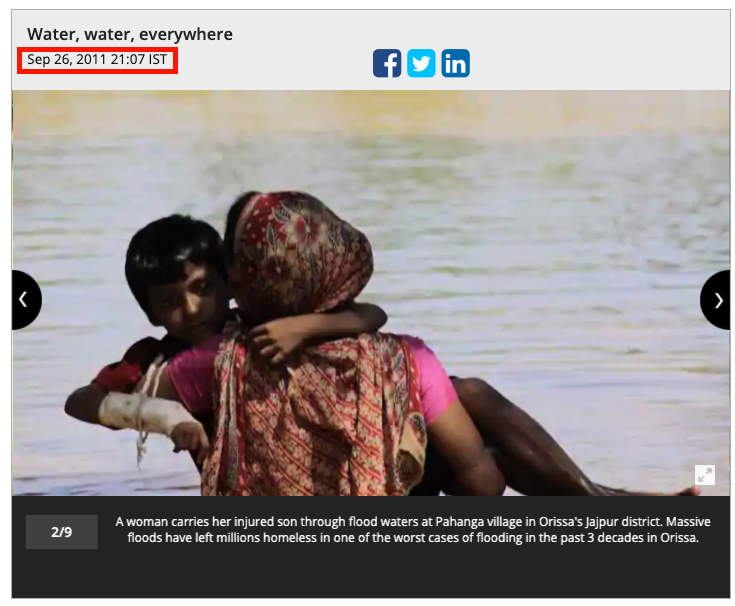 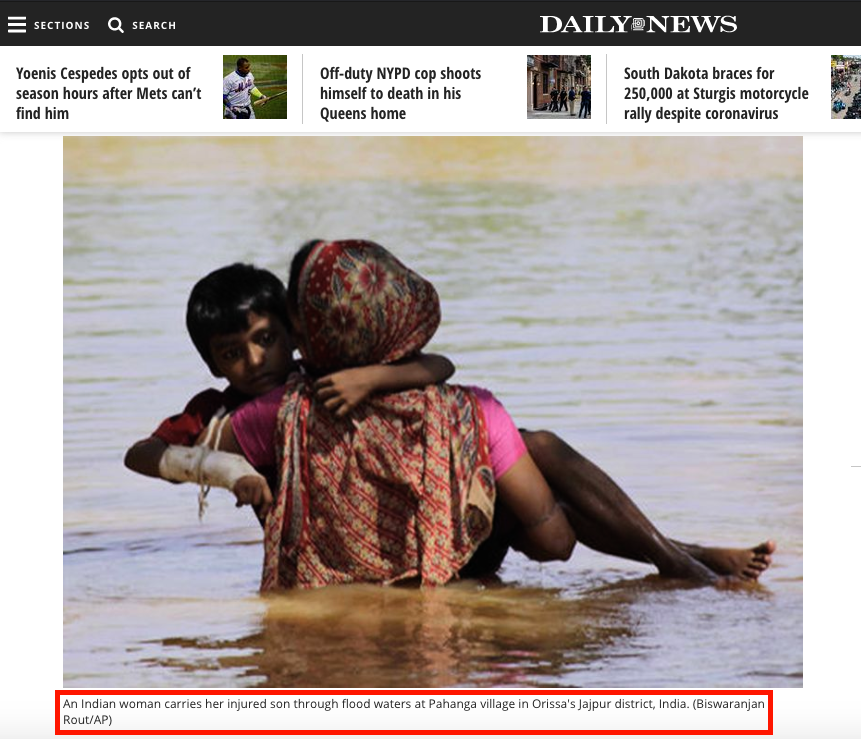 On looking up on the official website of AP, we found that the picture was taken when a woman carried her injured son through floodwaters at Pahanga village in Odisha’s Jajpur district on September 25, 2011.

In conclusion, the above information proves that the picture in question is OLD and it is NOT from Bihar as claimed in the post.