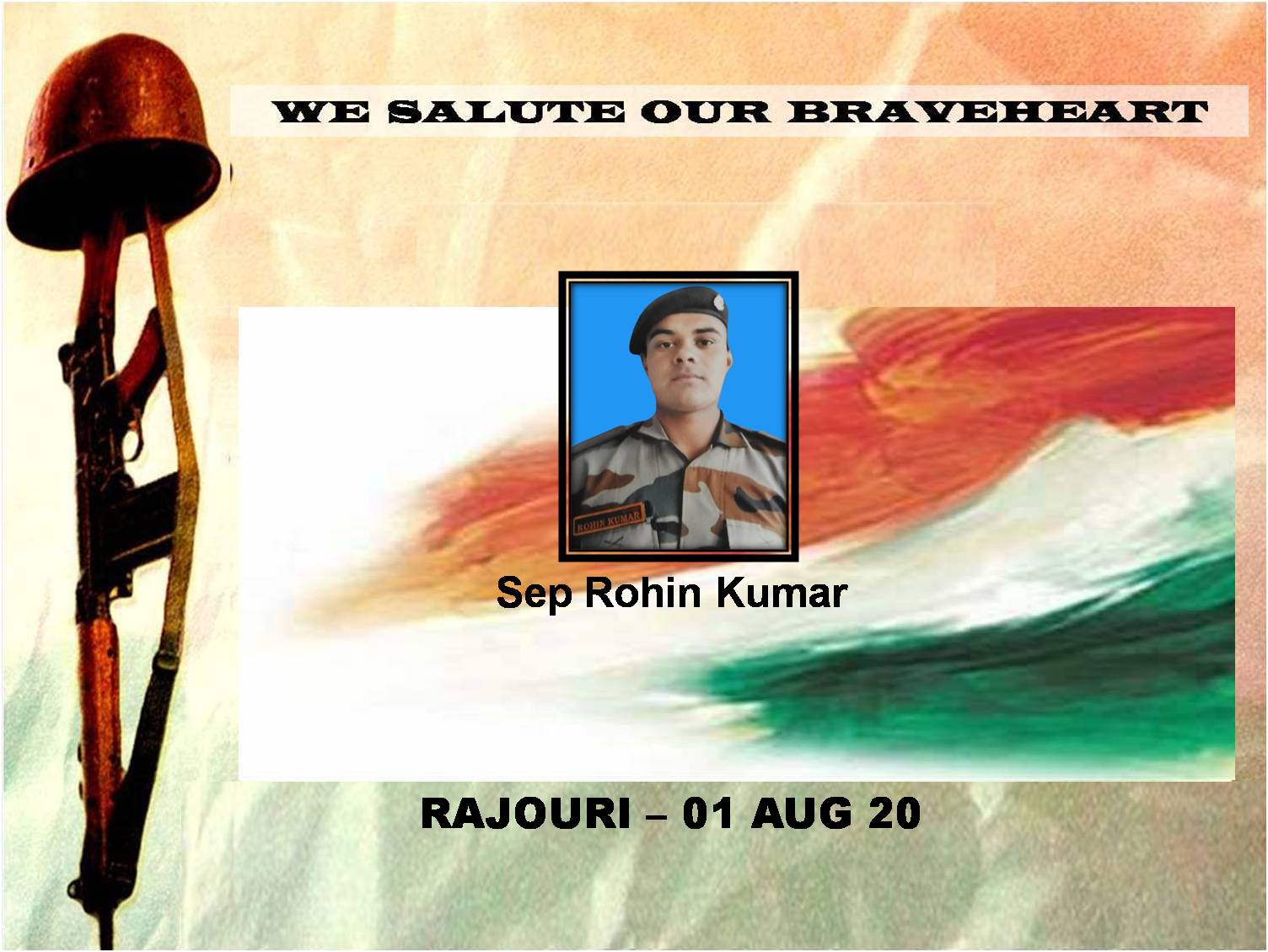 Ceasefire violation and unprovoked cross border firing by Pakistan has claimed the life of an Indian Army jawan.

Sepoy Rohin Kumar lost his life in a ceasefire violation by the Pakistan Army on the Line of Control (LoC) in Rajouri sector of Jammu and Kashmir on Saturday. He was critically injured in the firing and later succumbed to his injuries.

“Pakistan Army resorted to unprovoked ceasefire violation on the line of control (LoC) in Rajouri Sector. Own troops responded strongly to the enemy fire. In the incident, Sep Rohin Kumar was critically injured and later succumbed to his injuries,” the Army statement read.