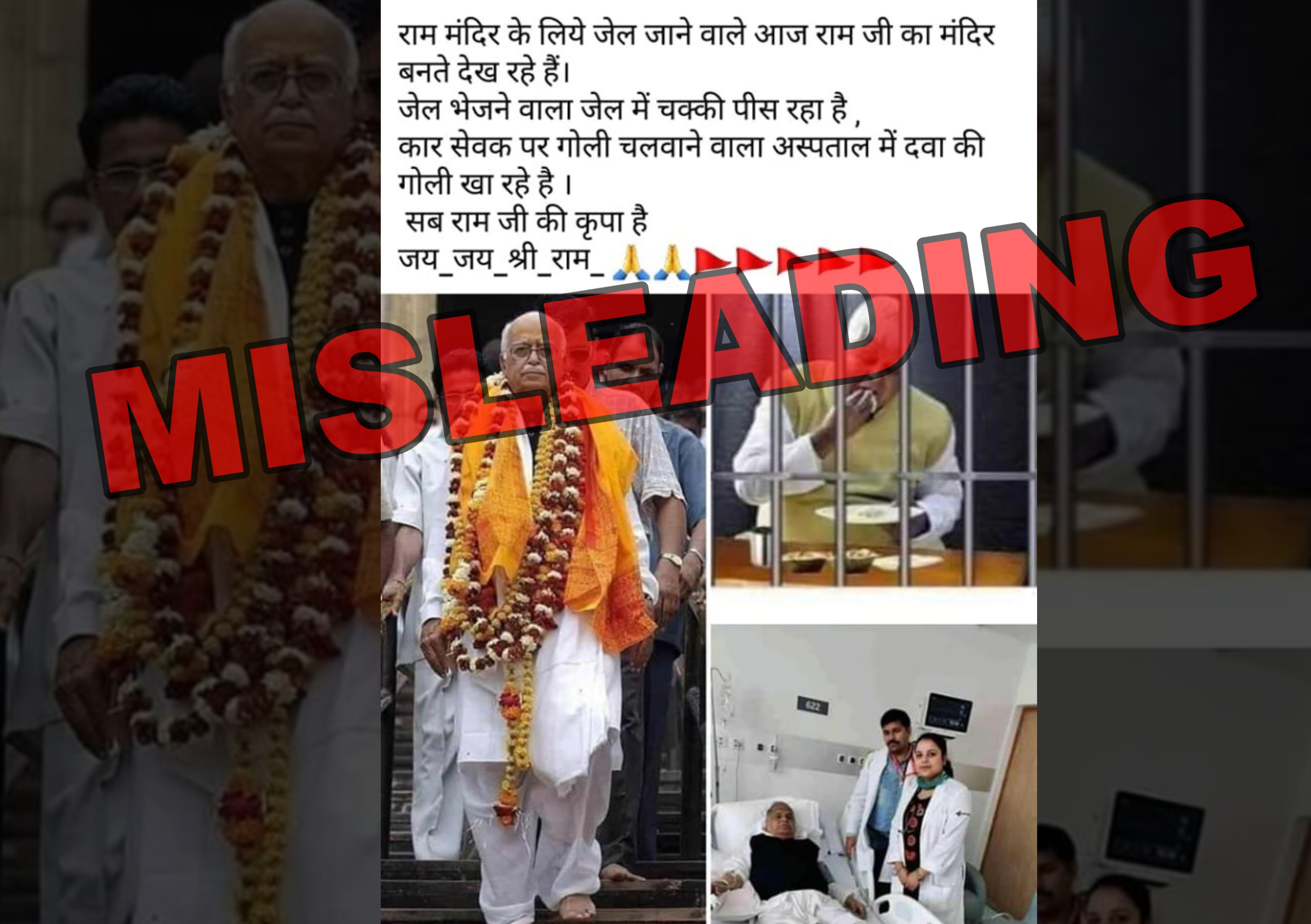 The text on the picture suggests that the person who went to jail (LK Advani) for the Ram temple will witness its foundation. The person who got him arrested is currently in jail (Lalu Yadav), while the person who allegedly got Kar Sevak killed is hospitalised (Mulayam Singh Yadav). 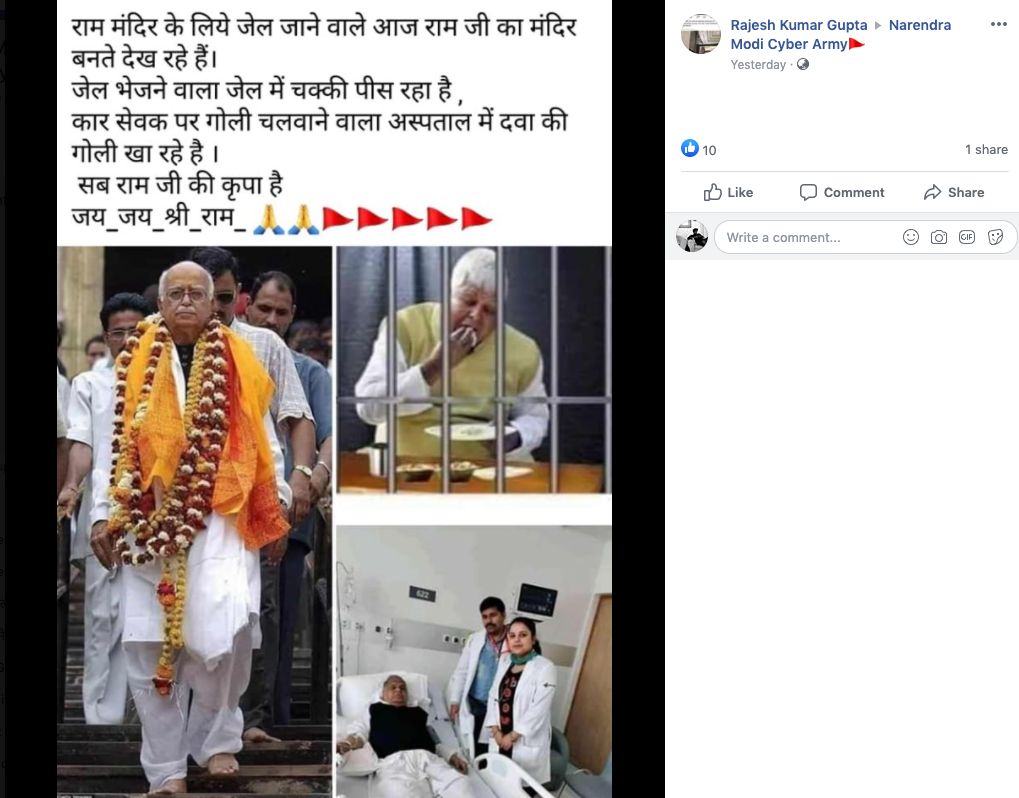 We cropped out all three pictures and checked them separately.

On putting the first picture of LK Advani through Reverse Image Search, we found the same picture on the official website of Getty Images. 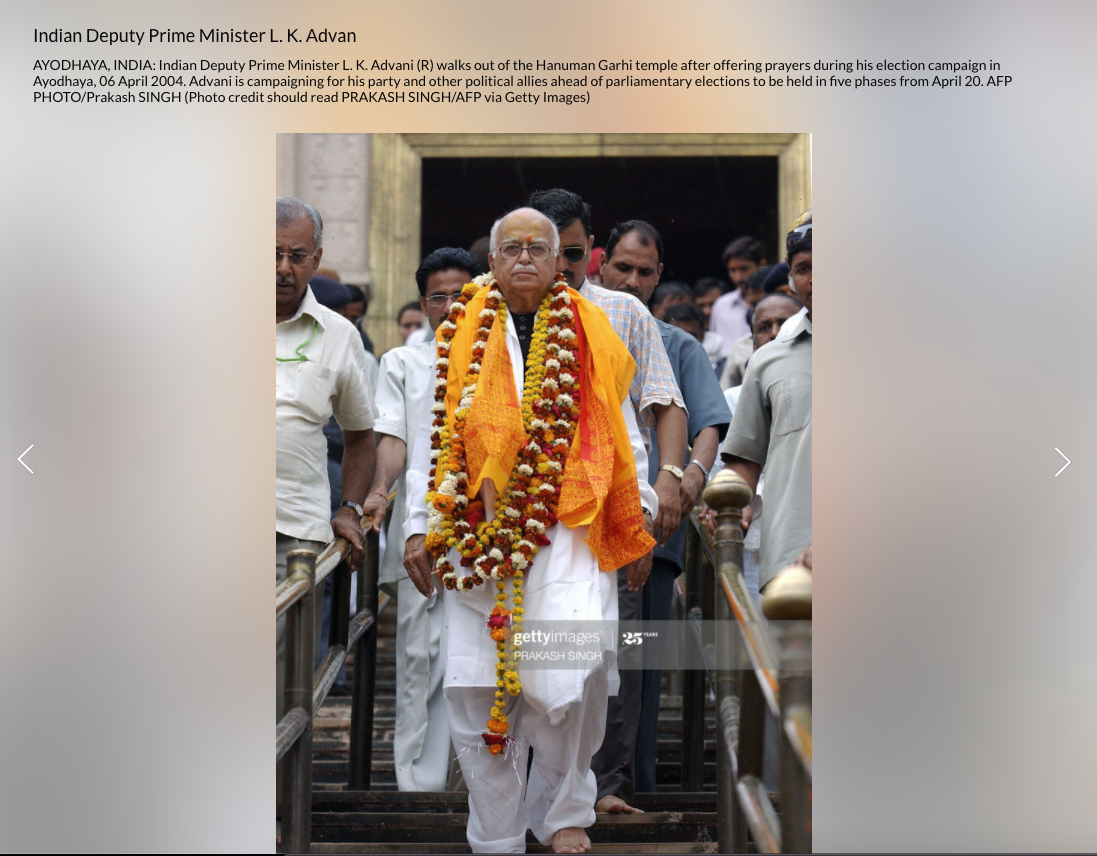 According to the caption, the picture was taken on April 6, 2004, when LK Advani (then deputy Prime Minister) walked out of the Hanuman Garhi temple after offering prayers during his election campaign in Ayodhya, Uttar Pradesh.

When we put the picture of Lalu Yadav through Reverse Image Search, we came across the original picture of him without bars. The picture was posted in an article dated December 09, 2017, in Patrika. 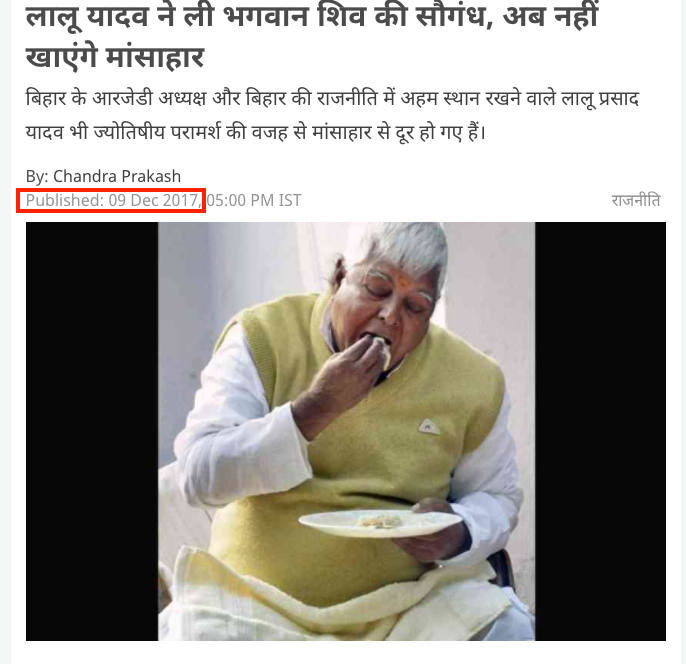 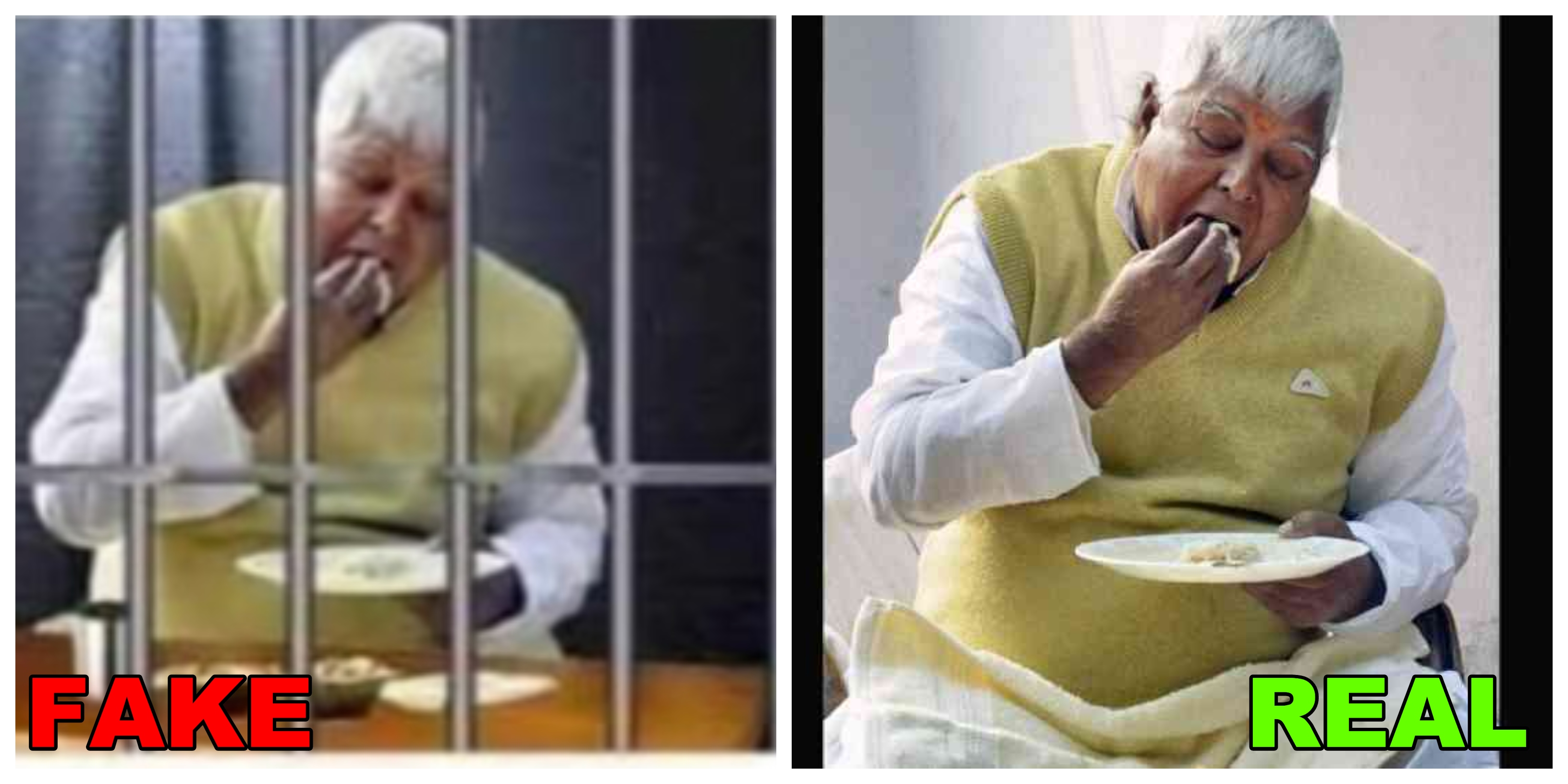 In the above FAKE vs REAL collage, it is clear that the bars were superimposed on the original picture using photo editing software.

On putting the third picture of Mulayam Singh Yadav through TinEye, we found an article by Amar Ujala dated March 20, 2020, which featured the same picture. 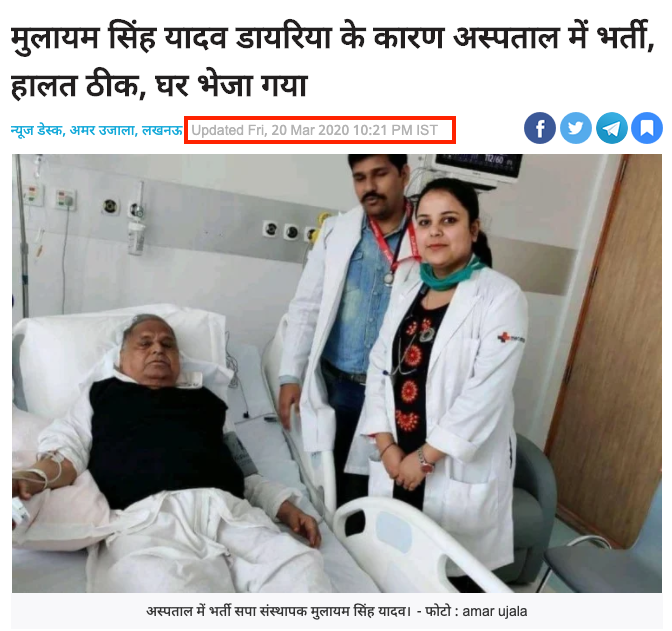 According to the report, Mulayam Singh Yadav was admitted in March 2020 due to Diarrhea. However, according to a report dated July 13, 2020, by Patrika, Yadav was recently admitted to the Medanta hospital.

In conclusion, putting our discoveries together, it is clear that the above pictures are either morphed or have been used out of context. Hence, the post in question is misleading.