A picture is doing the rounds on social media in which dogs can be seen sitting on the hospital beds. It is claimed to be a recent picture from Muzzafarpur, Bihar.

The caption along with the picture on the Facebook post states that dogs are found lying on the beds of Sadar Hospital under the governance of Bihar CM Nitish Kumar. 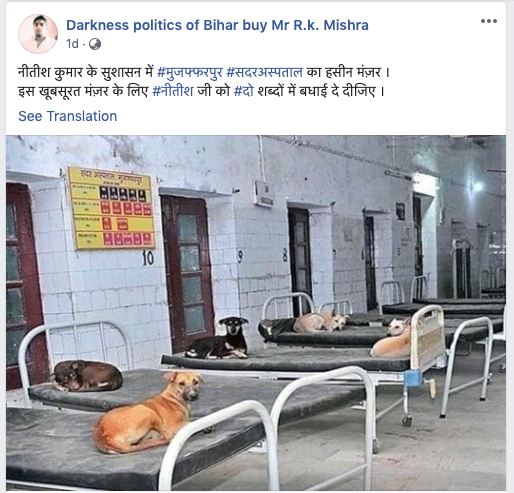 English Translation, “In the good governance of Nitish Kumar, the beautiful view of  Sadar Hospital. For this beautiful view, please congratulate Nitishji in few words.”

ALSO READ: Here’s the truth behind this picture of Home Minister Amit Shah

On putting keywords, ‘dogs’ ‘sitting’ ‘hospital bed’ ‘Bihar’ we found this picture in the news article on Biharpost dated December 7, 2017, that claims the state government in Bihar has ordered an investigation after street dogs were found sleeping on the beds alongside the patient. 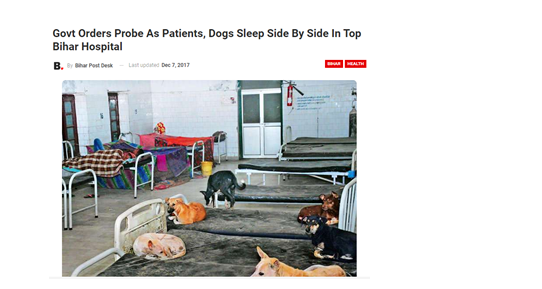 We also found the dog picture sitting on the hospital beds in a video on Republic World Youtube Channel dated December 5, 2017. 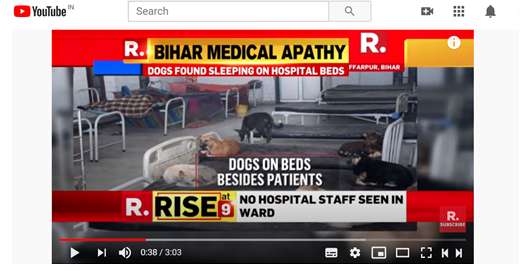 Hence, with the help of the above information, it is clear that the picture of dogs sitting on the hospital bed is from 2017 and not the recent one.