A picture of Home Minister Amit Shah is doing the rounds on social media in which he can be seen holding a piece of paper asking people whether CBI should investigate his son (Jay Shah).

(Translation: Should CBI investigate my son?)

On closely observing the picture we noticed that Shah’s right-hand fingers were covered by the paper which raised the first red flag. 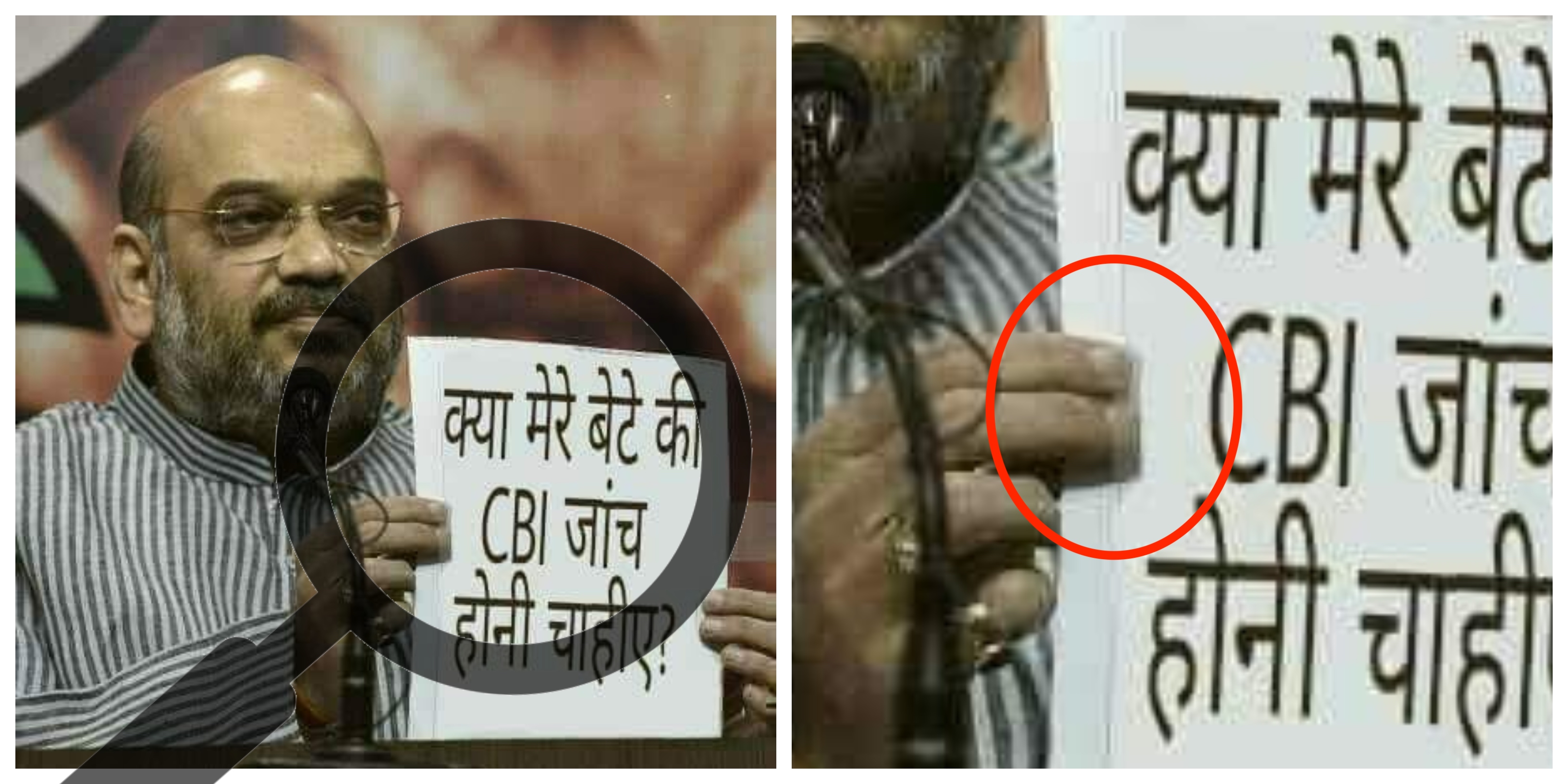 We then put the picture through Reverse Image Search which led us to the original picture on the official website of Getty Images in which Amit Shah was holding Prime Minister Narendra Modi’s bachelor’s degree. 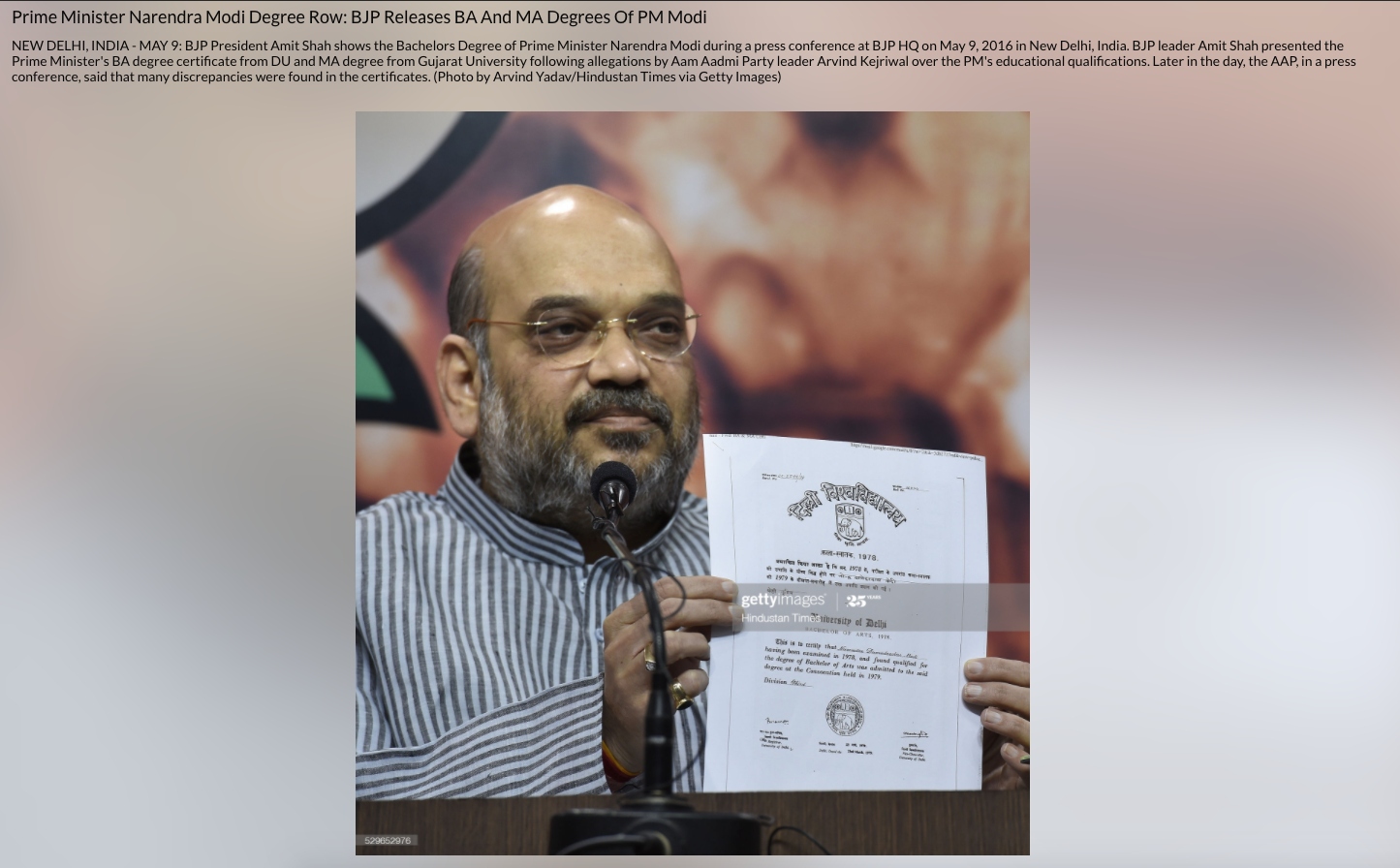 The picture was taken on May 9, 2016, when a controversy erupted over the educational degree of PM Modi.

The caption read: “BJP President Amit Shah shows the Bachelors Degree of Prime Minister Narendra Modi during a press conference at BJP HQ on May 9, 2016, in New Delhi, India. BJP leader Amit Shah presented the Prime Minister’s BA degree certificate from DU and MA degree from Gujarat University following allegations by Aam Aadmi Party leader Arvind Kejriwal over the PM’s educational qualifications. Later in the day, the AAP, in a press conference, said that many discrepancies were found in the certificates.” 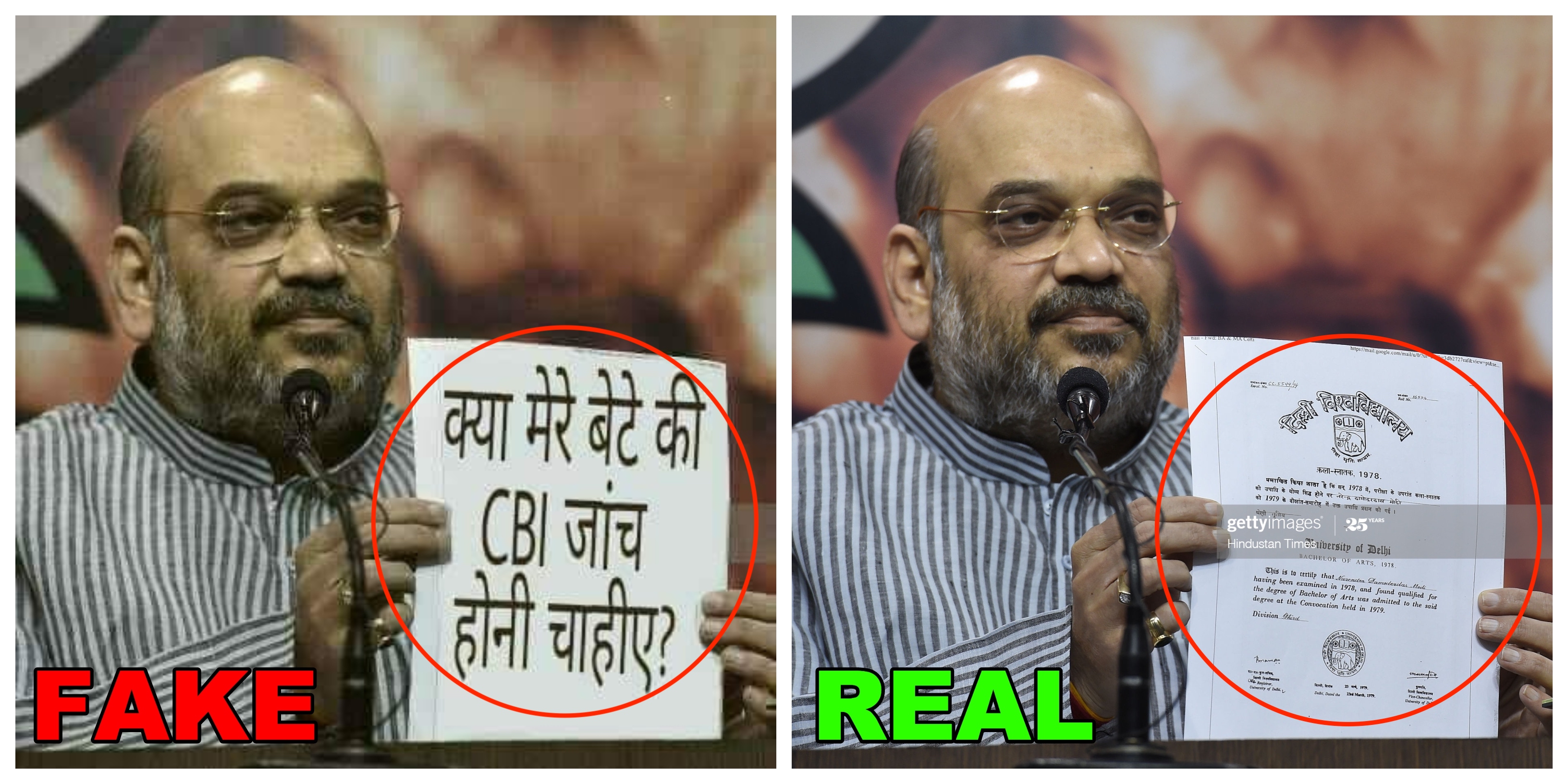 In the above FAKE vs REAL collage, it is clear that the text on the paper held by Amit Shah was manipulated using photo editing software.

Hence, in conclusion, the above information establishes that the fact that the picture in question is morphed and the claim made is false.