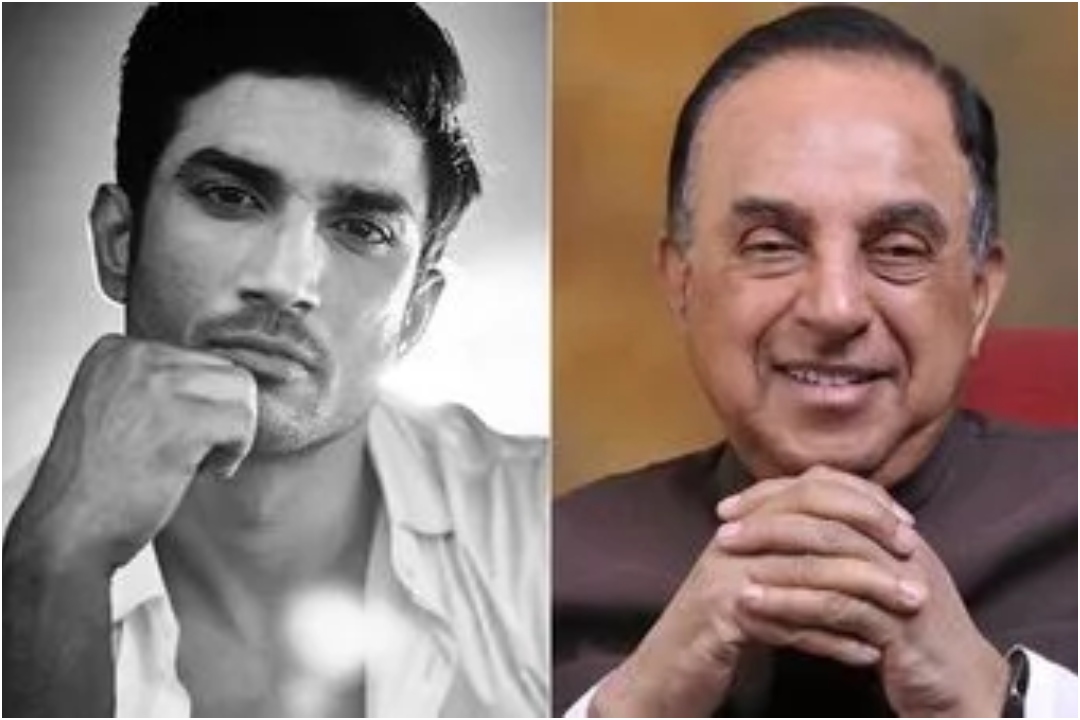 Senior BJP MP Minister Subramanian Swamy has shared why he feels that Sushant Singh Rajput was murdered. The evidence list came after Maharashtra Home Minister Anil Deshmukh declared that there will be no CBI probe in the death case.

Subramanian Swamy took to Twitter and shared document listing reasons on why he feels Sushant Singh Rajput was murdered and did not die by suicide. Take a look:

Why I think Sushanth Singh Rajput was murdered pic.twitter.com/GROSgMYYwE

“I spoke to Nitish Kumar on phone. I praised the Patna police and the free hand he has given for the FIR and a thorough investigation.

I spoke on phone to Bihar CM Nitish Kumar. I praised Patna Police & free hand he has given for the thorough investigation& the FIR. Since now there are two probes, I will initiate for a CBI probe. He said he has no objection but wants justice done for Sushant and culprits caught

“Since now there are two probes, I will initiate (sic) for a CBI probe. He said he has no objection but wants justice done for Sushant and culprits caught,” Swamy tweeted.

On Wednesday, the Maharashtra government stated that it won’t transfer the investigation into the Sushant Singh Rajput death to the Central Bureau of Investigation.

Mumbai police are investigating the case. It will not be transferred to Central Bureau of Investigation (CBI): Anil Deshmukh, Maharashtra Home Minister on #SushantSinghRajput‘s death case pic.twitter.com/RCPDDMvF2t

Rhea, however, has filed a petition in the Supreme Court seeking transfer of investigation in actor Sushant Singh Rajput’s death case to the Mumbai Police after an FIR was lodged against her.

Sushant was found dead at his Bandra apartment on June 14, at the age of 34. The Mumbai Police have so far questioned over 40 people in connection with the case. Rhea had previously requested the home ministry to ask the Central Bureau of Investigation to take over the case from the Mumbai Police.