Malala posing with the son of Israeli Defence Minister? Here’s the truth behind this picture | Newsmobile
Wednesday, June 29, 2022

A picture of Nobel Prize laureate, Malala Yousafzai, has surfaced on the internet in which she can be seen with a man. It is being claimed that the man in the picture is the son of Israeli Defense Minister, Robert Gates. 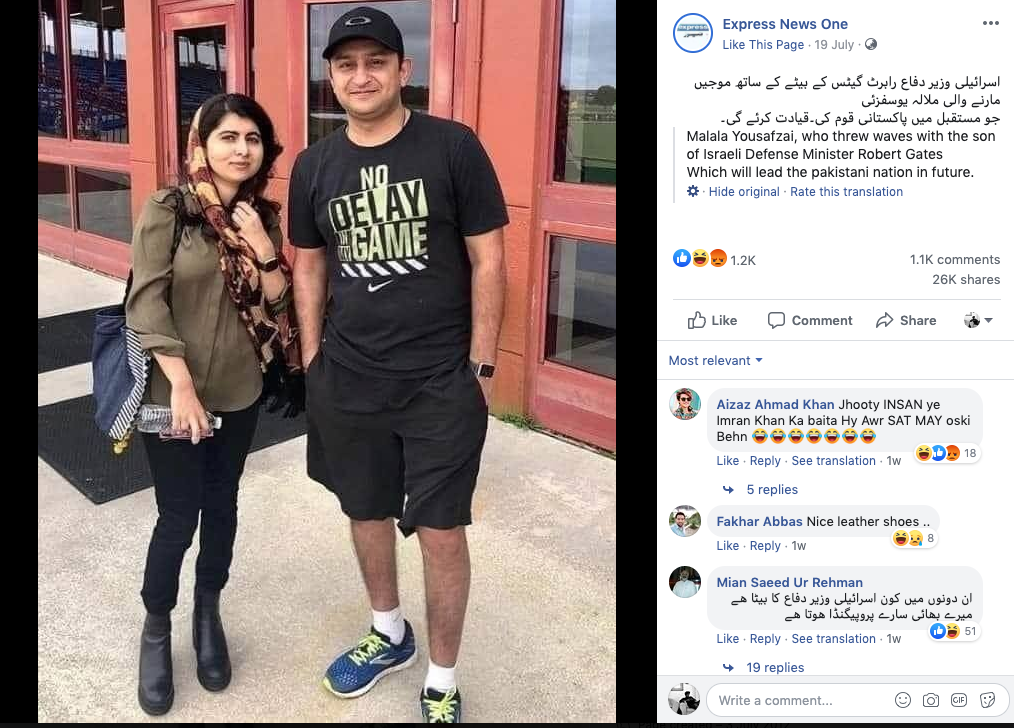 The caption translated from Urdu read: “Malala Yousafzai with the son of Israeli Defense Minister Robert Gates Which will lead the Pakistani nation in the future”

At the time of filing this report, the above post was shared over 26,000 times.

On putting the picture through Reverse Image Search, we came across a video of Pakistani cricketer Faisal Iqbal dated July 22, 2020, in which he is slamming the people for spreading the picture with a false claim.

In a 5:43 minutes video, Iqbal clarified that the picture was taken in the US and he had recently posted the picture to wish Malala on her birthday on July 12, 2020, after which people started sharing the picture with the false claim.

Iqbal posted the same picture with Malala in December 2019 at US OPEN Cricket.

Moreover, the Defence Minister of Israel is Benny Gantz and NOT Robert Gates as claimed in the viral post. We went through Benny Gantz’s son Nadav Gantz’s Instagram profile and he looks nowhere close to the man in the picture.

Based on Fact check is done by NewsMobile through multiple sources and tools we can confirm that this post is FAKE. And the claims are false.