Ahead of the Ram Mandir bhoomi pujan in Ayodhya on August 5, 2020, a quote attributed to Samajwadi Party (SP) leader Azam Khan is doing the rounds on social media.

According to the post, Azam Khan said that he will take ‘Jal Samadhi’ if he’s not invited to for the event. 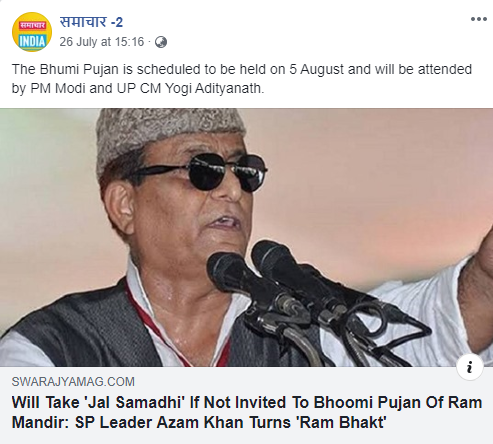 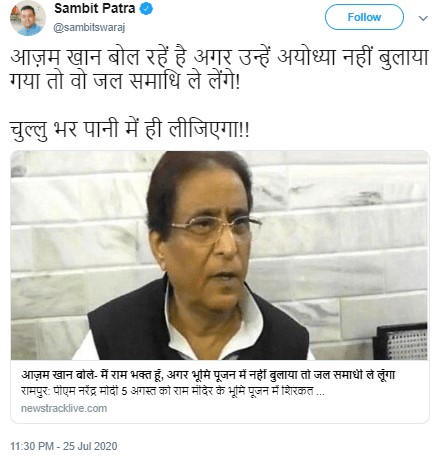 Firstly, we checked reports that were being shared and found that they were updated (without clarification) to mention that the statement was made by Muslim Kar Sevak Manch president Azam Khan and not the SP leader, as quoted in the post above.

Sambit Patra, in a tweet also clarified the same. “It seems that this agency has misprinted the news of Azam Khan .. that’s what I thought, how could this Azam Khan who is synonymous with corruption…become a devotee of Lord Rama?” Patra tweeted in Hindi.

We also found a report by UP Tak, where Azam Khan, president of Muslim Kar Sevak Manch, can be heard making the viral statement.

From the above information, it is clear that SP leader Azam Khan never made the above statement and hence, the post is misleading.