Following the massive flooding in the state of Bihar, a video has surfaced on the internet which shows a hospital ward flooded with rainwater while the patients are on the beds and other people can be seen walking around. 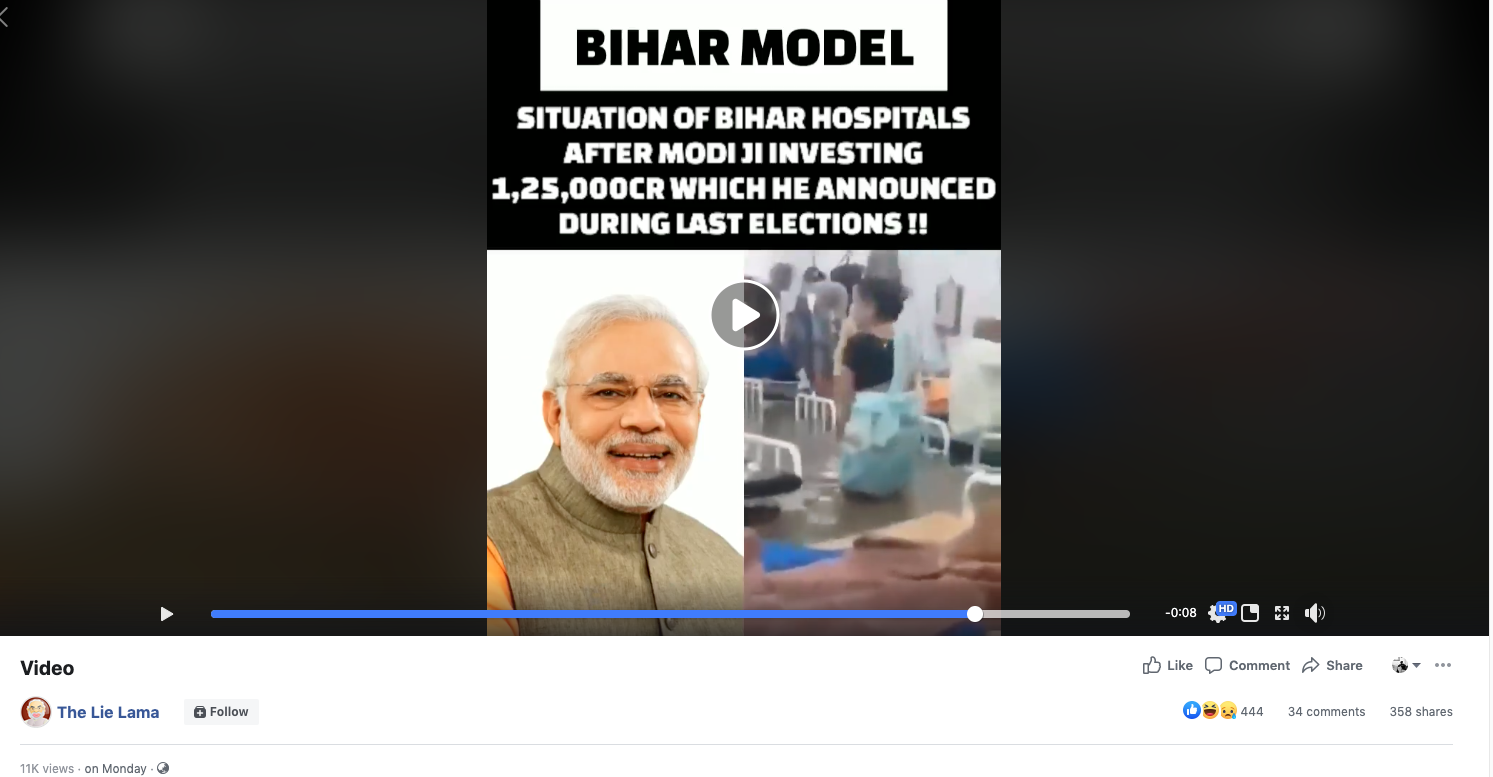 The text on the video read: “BIHAR MODEL | Situation of Bihar hospitals after Modi Ji investing 1,25,000 Cr which he announced during last elections.”

ALSO READ: Bihar has NOT imposed Complete lockdown till August 16; here’s the…

On closely observing the video, we noticed the Bihari dialect while the people were speaking in the video. We then extracted the keyframes of the video and put them through Reverse Image Search.

In the search, we also included certain keywords such as ‘Bihar’, ‘Hospital’, ‘flooded’. The search led to a video report by the Guardian News on their YouTube channel dated September 30, 2019, which had the same video. 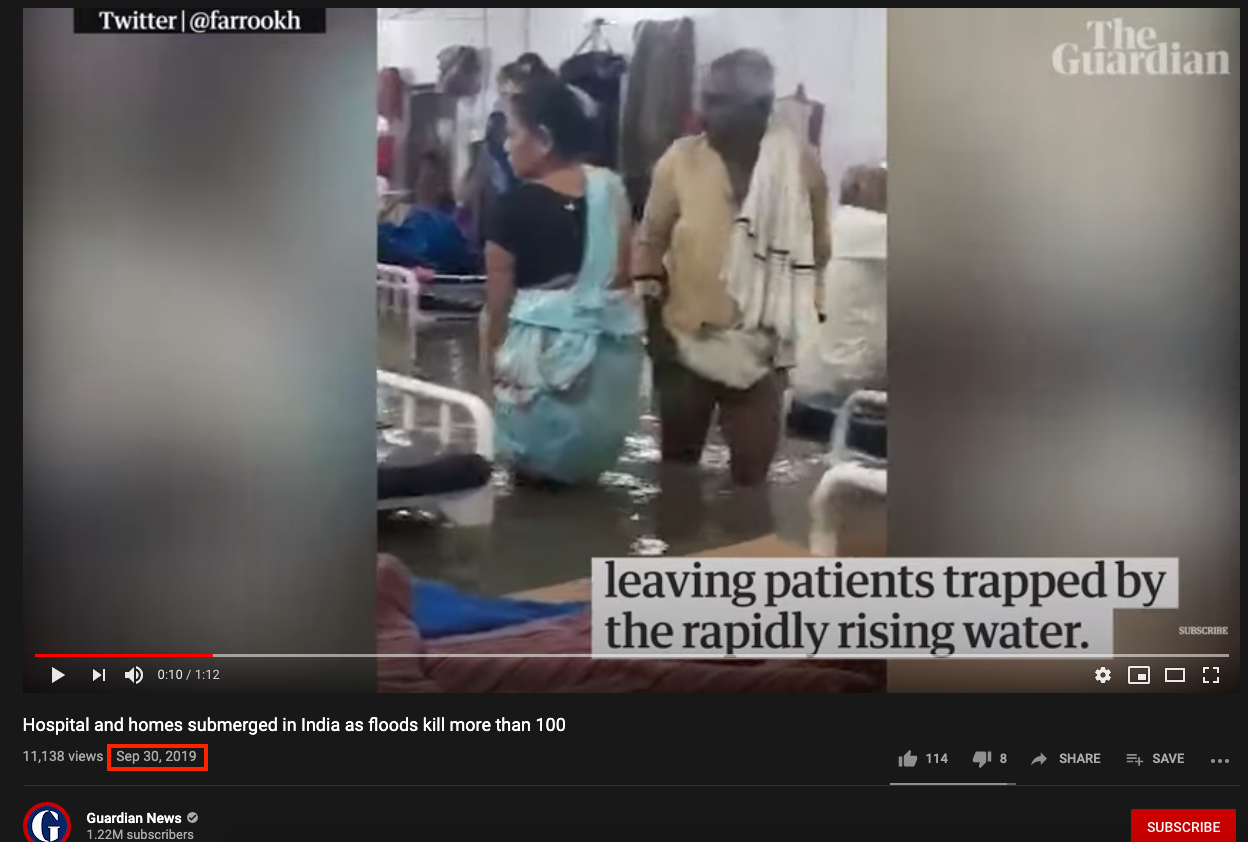 According to the report, the video was shot in a hospital in Bihar’s capital Patna.

On digging further, we found several other reports featuring the same video dated September 29, 2019. It was found that the video was from the Nalanda Medical College and Hospital (NMCH), in Patna, Bihar.

In conclusion, the above information proves that the video in question is OLD. The recent post dated July 27th with an old video is misleading.