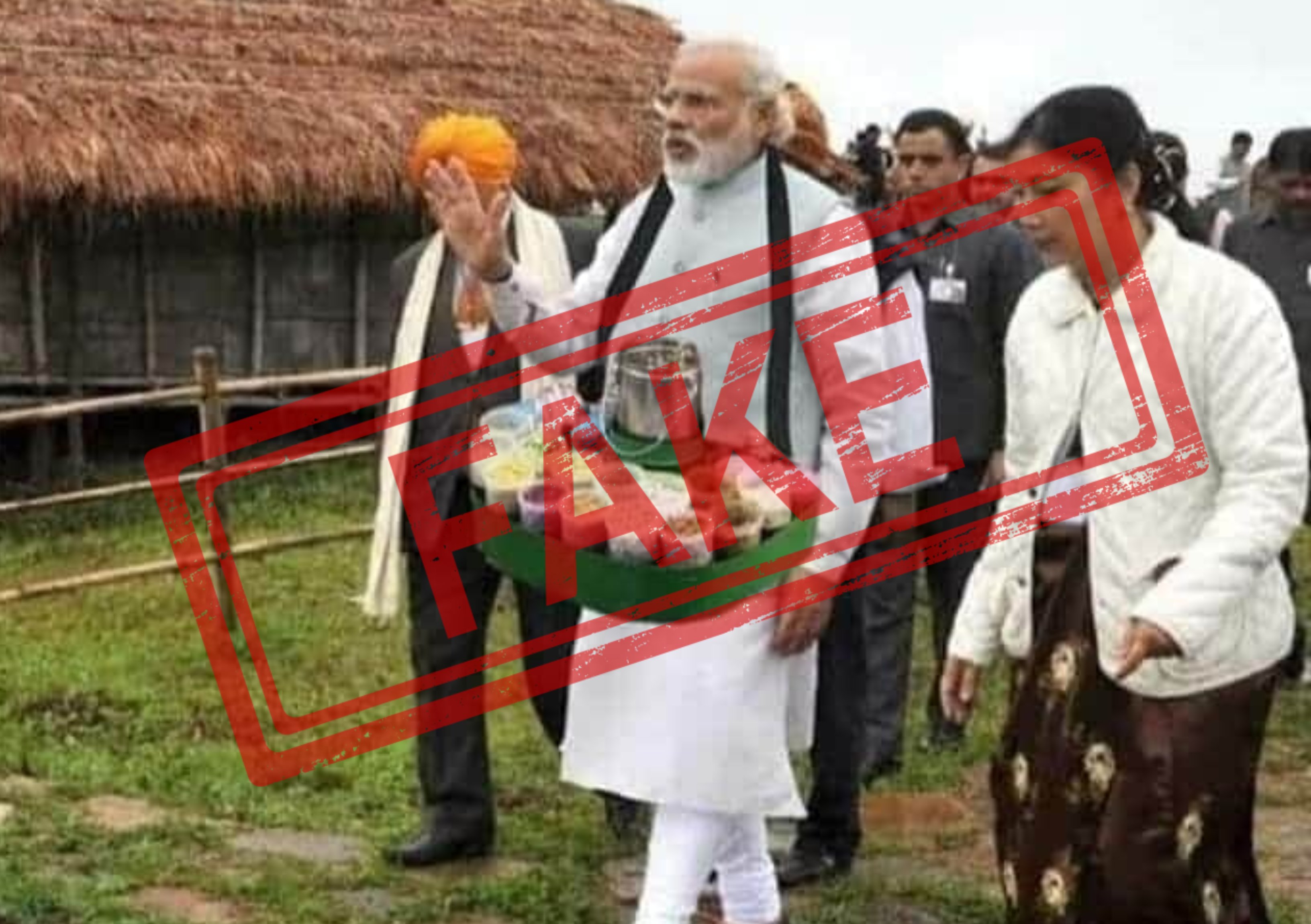 Ahead of the assembly polls in Bihar, a picture of Prime Minister Narendra Modi has surfaced on the internet in which he can be seen selling snacks. 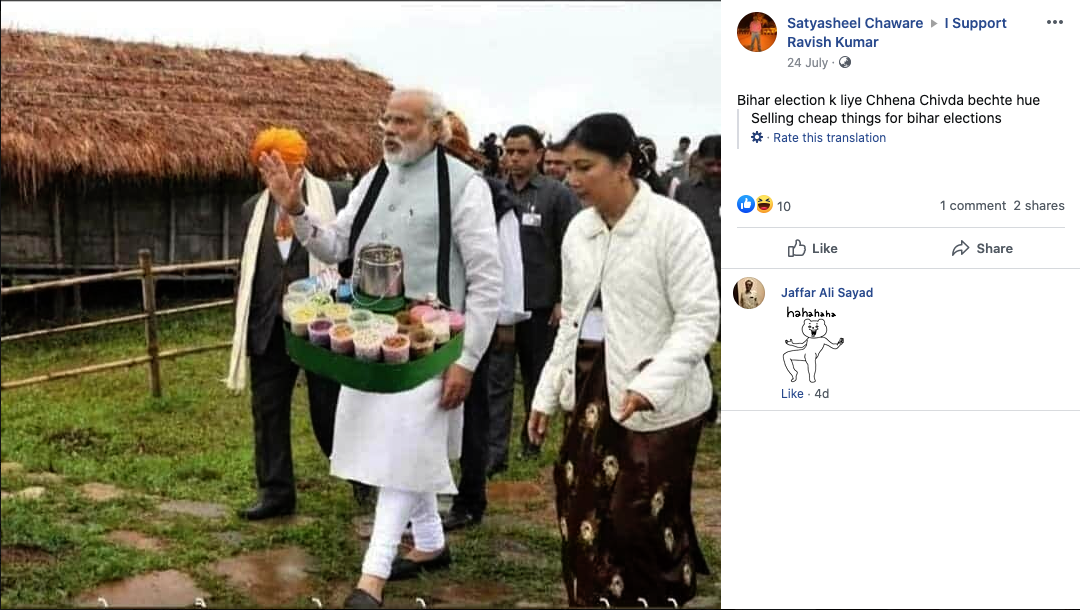 On putting the picture through a simple Reverse Image Search, we found several pictures of PM Modi in the same attire in different reports. It was established that it is an old picture from Meghalaya.

We then scanned through the official website of PMO and went through the pictures of PM Modi’s Meghalaya visit in 2016. We found the original picture in which PM Modi is NOT holding anything. 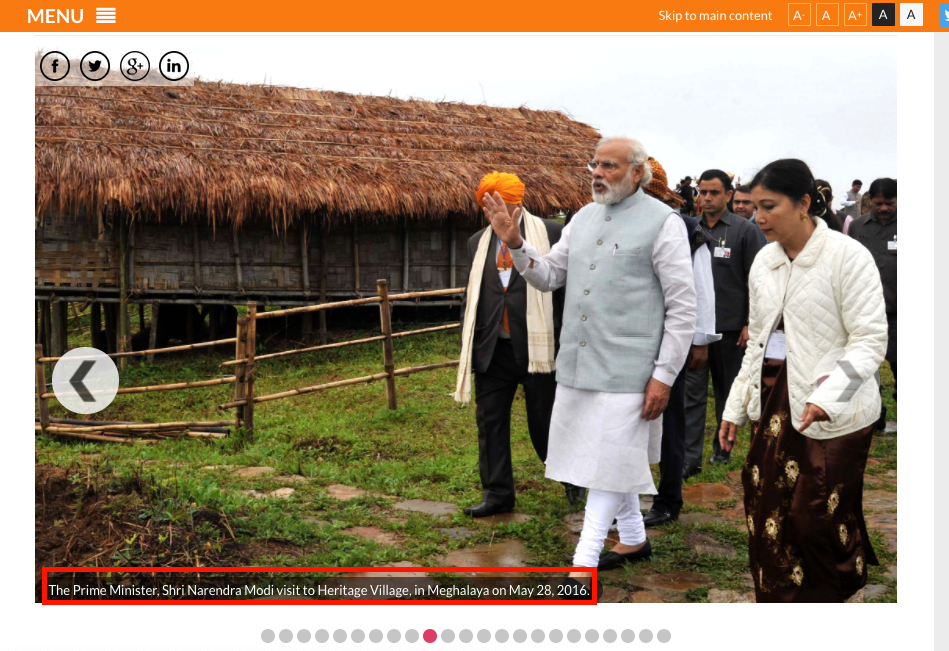 The picture was taken on May 28, 2016, when PM Modi visited Heritage village in Meghalaya. 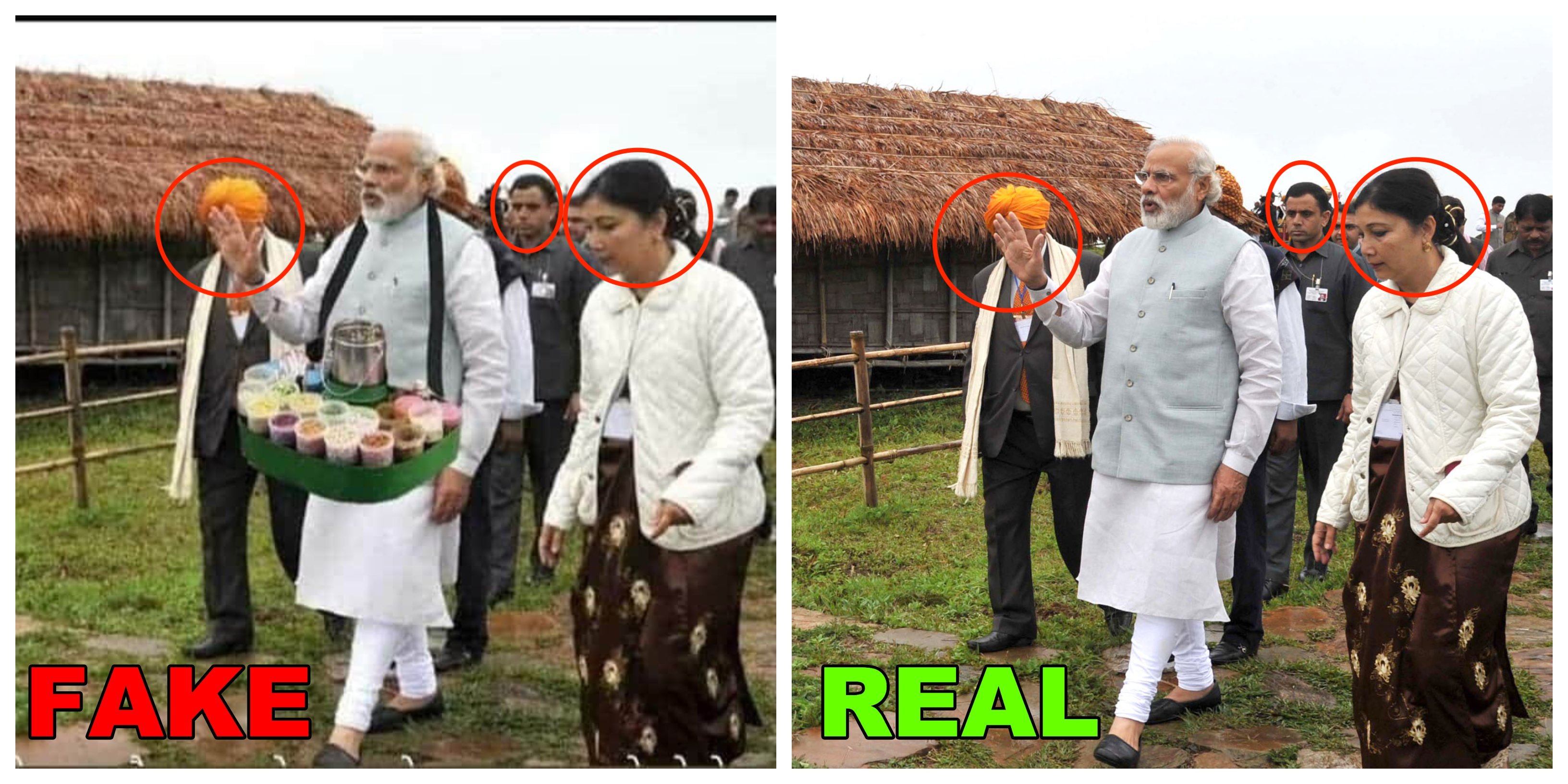 In the above FAKE vs REAL collage, it is clear that PM Modi’s picture was digitally manipulated using photo editing software.

Hence, with the above facts, we can conclude that the picture in question is FAKE.