Each year the International Tiger Day is celebrated on July 29 to spread awareness about the necessity to protect tigers. These wild cats are an endangered species. As of today, their population across the world numbers less than 4,000. This year India has much to be proud of, as they now have more than 70% of the total tiger population globally. 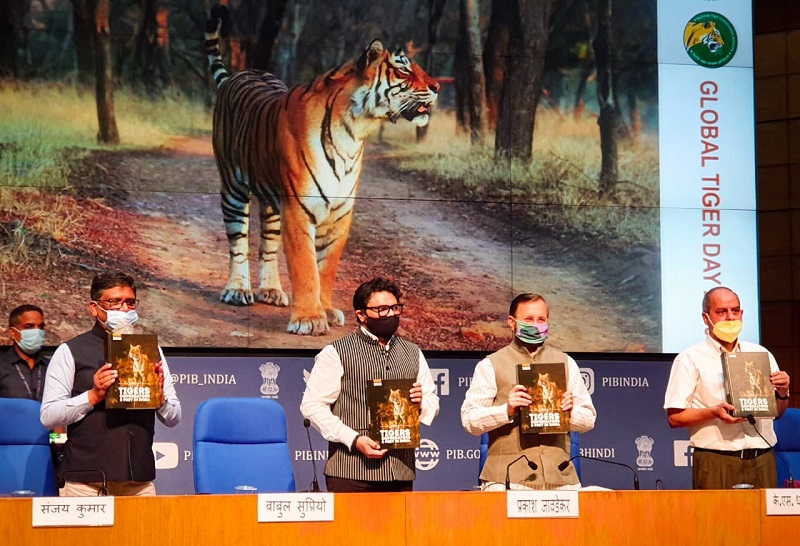 As per ‘Status of Tigers, Co-predators & Prey in India’ report released by Union forest and environment minister Prakash Javadekar yesterday, the total count stands at 2,967.

Project Tiger was launched in 1973 with just 9 tiger reserves. Today, India has 50 reserves having 2967 tigers.
Tiger sits at the peak of the food chain and the increased numbers is a testimony of the robust bio-diversity. #IndiasTigerSuccess #InternationalTigerDay #TigerDay pic.twitter.com/pmEEsWInee

But initially, when the numbers were on a decline, this fact created panic across the world Finally, tiger conservation became a reality and the International Tiger Day was created in November 2010 at the ‘Saint Petersburg Tiger Summit’ in Russia. The mission was to promote a global system protect their natural habitats and raise public awareness and support for tiger conservation around the world.

Also Read: India gears up to welcome Rafale jets, security stepped up in…

India’s Project Tiger was launched in 1973 with just 9 tiger reserves. But as er the latest figures given the Union Minister, “Today, India has 50 reserves having 2,967 tigers. Tiger sits at the peak of the food chain and the increased numbers is a testimony of the robust bio-diversity.”

Jim Corbett national park in Uttarakhand has 231 tigers. It is the largest in India.

Other well-known tiger sanctuaries are –

As Indians it is a proud moment for all of us and as responsible citizens we have to ensure that we can help conserve the tiger population in our country.