Ahead of the foundation stone laying ceremony or the bhoomi pujan ceremony of the Ram Mandir, which is to be held on August 5, 2020, in Ayodhya, several posts have started doing the rounds on social media.

The posts claim that Prime Minister Narendra Modi has recently released postage stamps based on the Ramayan series.

“Ramayan stamps released by Prime Minister today. The day when they lay the foundation for the Ram temple in Ayodhya.” the post claimed. 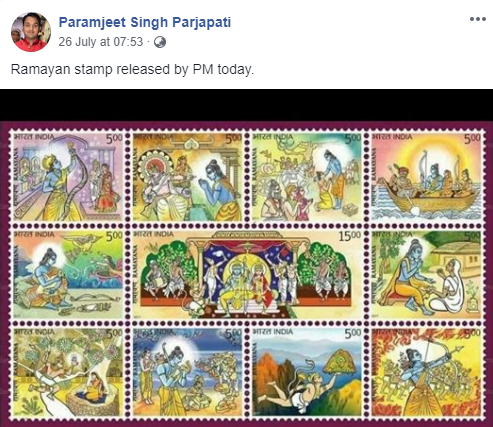 A simple keyword search of ‘Ramayan postage stamp’ led us to a blog post on the official website of India Postage Stamps. 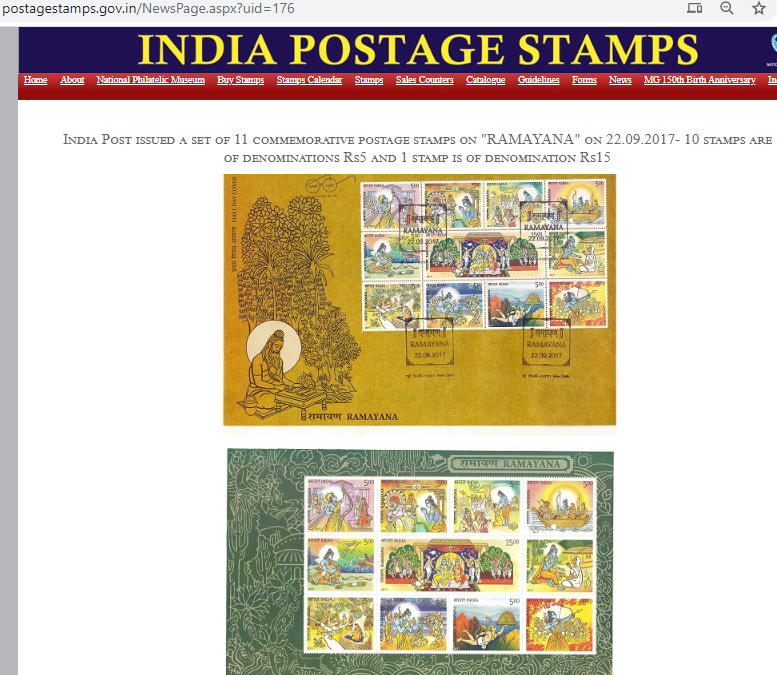 According to the website, India Post issued a set of 11 commemorative postage stamps on ‘Ramayana’ on September 22, 2017. The post also states that of the 11 stamps, 10 are of denominations of Rs 5 and one stamp is of Rs 15.

We also found the entire video of the event on the official YouTube channel titled Narendra Modi. PM Modi had released postal stamp on Ramayana at the Tulsi Manas Mandir in Varanasi, Uttar Pradesh.

Based on the above facts, it is clear that the postal stamps were released in 2017 and hence, the post in circulation is misleading.